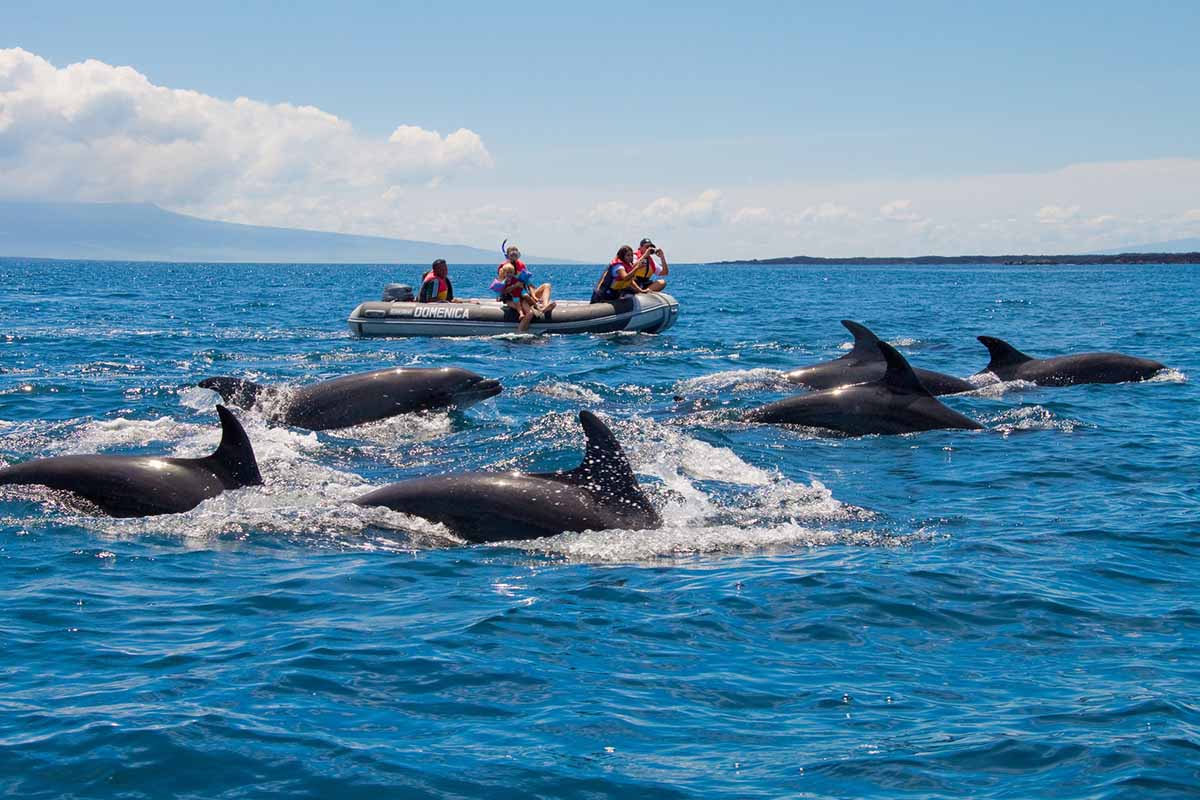 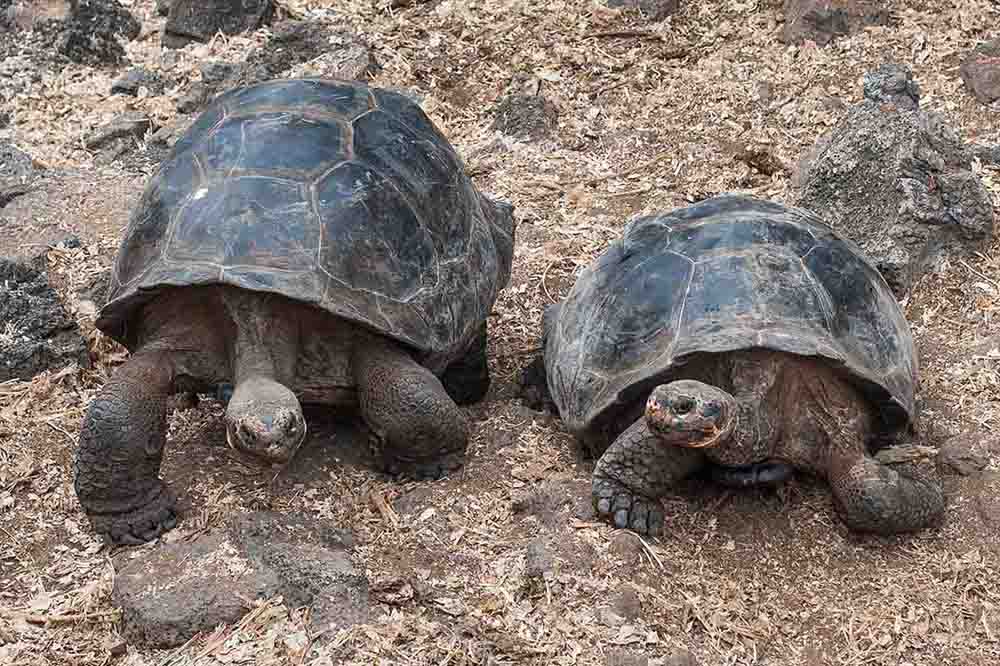 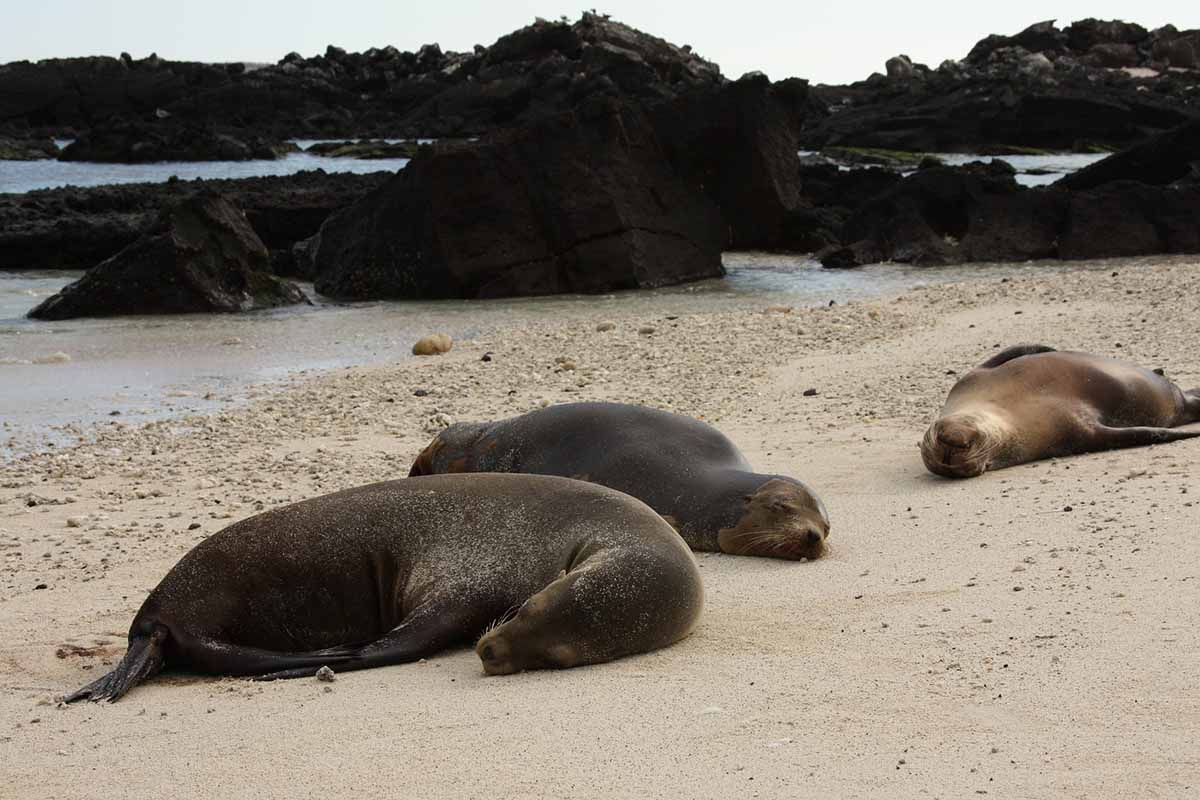 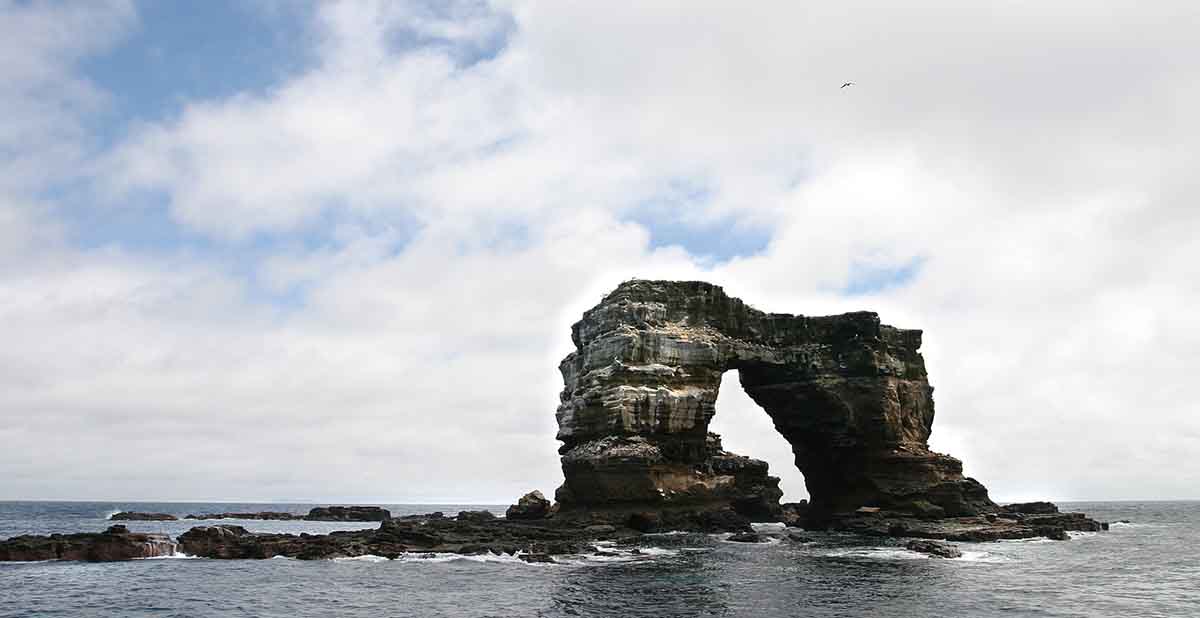 Far out Island surrounded by the rich Galapagos marine reserve

Darwin Island is one of the smallest isles that the Galapagos Archipelago holds, at barely 1 sq km, also famously known by its English name, the Culpepper. The present name has been bestowed on it in honor of one of its most famous visitors, Charles Darwin.

A spectacular piece of an eroded volcano that glorifies the beauty of the Pacific Ocean like none other, this isle rises right from the depths of the ocean, vertically, and is visited by many varieties of sea-birds throughout the year like the Darwin Mockingbird, the Swallow-tailed gulls, the Masked boobies and the Red-footed boobies.

Although Darwin island has gathered a good number of years on its back (4 million years approximately), it was visited for the first time not before 1964, first by a helicopter, and then a 3-hour boat journey from the Isla Wolf. This trip, till today, is often a highlight in the tour agenda of many dive visitors traveling to Galapagos Islands, especially for those who are drawn by the mesmerizing aquatic life underwater.

No land visiting facilities exist in this isle as it does not really have a cut-out access for visitors. You can view the exoticness of the island from aboard your yacht itself, which, travelers to the place say is nothing less than a once-in-a-lifetime visual treat.

Also known as the “best dive site” in the whole world, the isle is noted for underwater revelry. A must-visit spot for Scuba divers, Darwin contains a plethora of exotic sea mortals in its depth. The list includes Deep Sea Turtles, Dolphins, Spotted Morays, Eagle Rays, the Galapagos shark, the Scalloped hammerhead shark, Reef fish, Manta Rays and the Whale Shark (seasonally). The Albino Whale Shark is also seen here, but rarely. Rainbow colored fishes like the Sailfish, the Scorpionfish, the Hogfish, the Parrotfish and the Trumpetfish are also found to populate the waters of the Pacific surrounding the isle.

The Darwin’s Arch has great dive-sites on the north-eastern and south-eastern barnacle layered elevations of it, which are believed to be the best in the world even by the most famous of scuba divers of the time.  This is, however, an expert scuba diving location as the waves here are voluminous and there are strong underwater currents to tackle as well. Strong & quick-changing currents in the water here extend a unique diving experience every time you take a dip. Water temperature in the northern isles is colder than its southern counterparts.

It is important to emphasize: You can only visit Darwin Island and this northern part of the archipelago on a Galapagos liveaboard diving cruise

Recommended cruises that visit this island 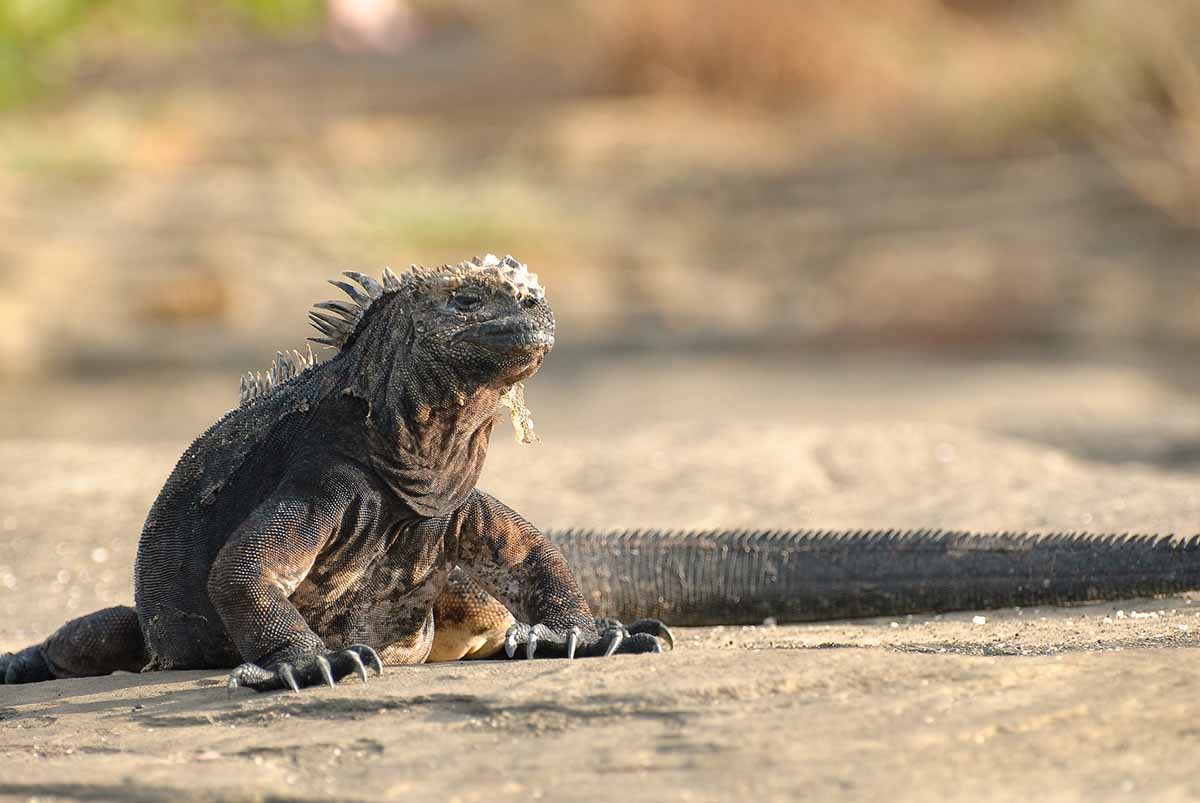 Santiagos Islands is located in the central park of the archipelago and has a surreal volcanic scenery that combined with its natural beauty, it has great appealing to the eager visitor that loves to explore unique environments. 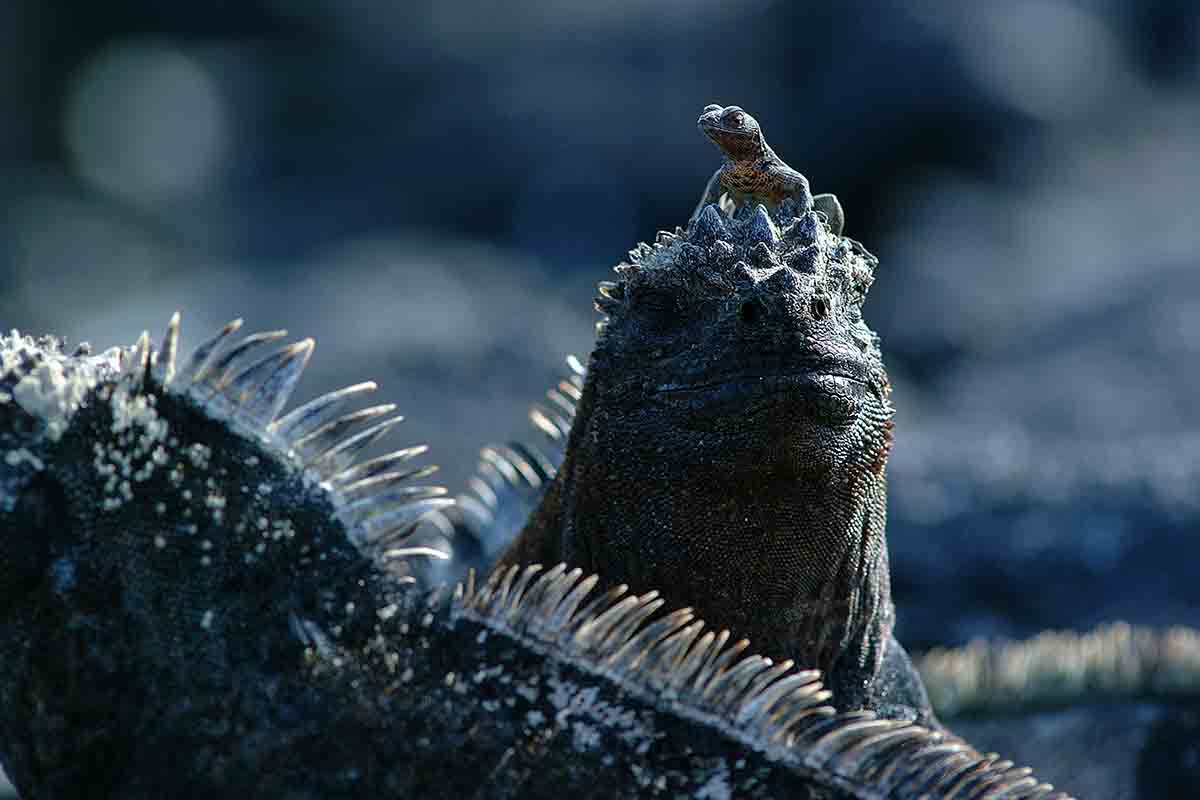 Fernandina island is the youngest in the archipelago and holds Punta Espinoza, one of the most interesting sites in the entire archipelago. It is possible to observe Endemic Flightless Cormorant, Galapagos Penguins and Marine Iguanas among other creatures. It is part of the Western islands cluster, the more remote area of Galapagos. 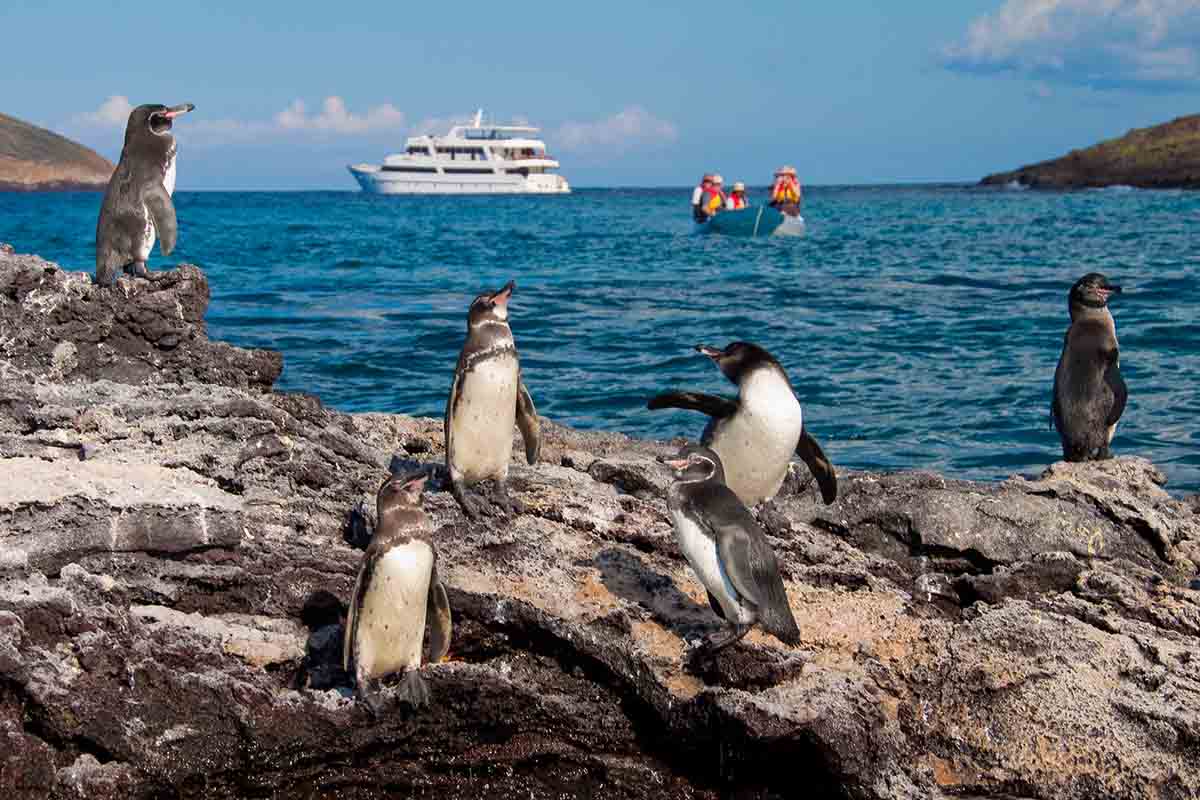 The largest Island that houses over 6 volcanoes (some still active) and over 8 spectacular visitor sites; a marvelous destination whether you are taking a boat-trip or a land-based program. 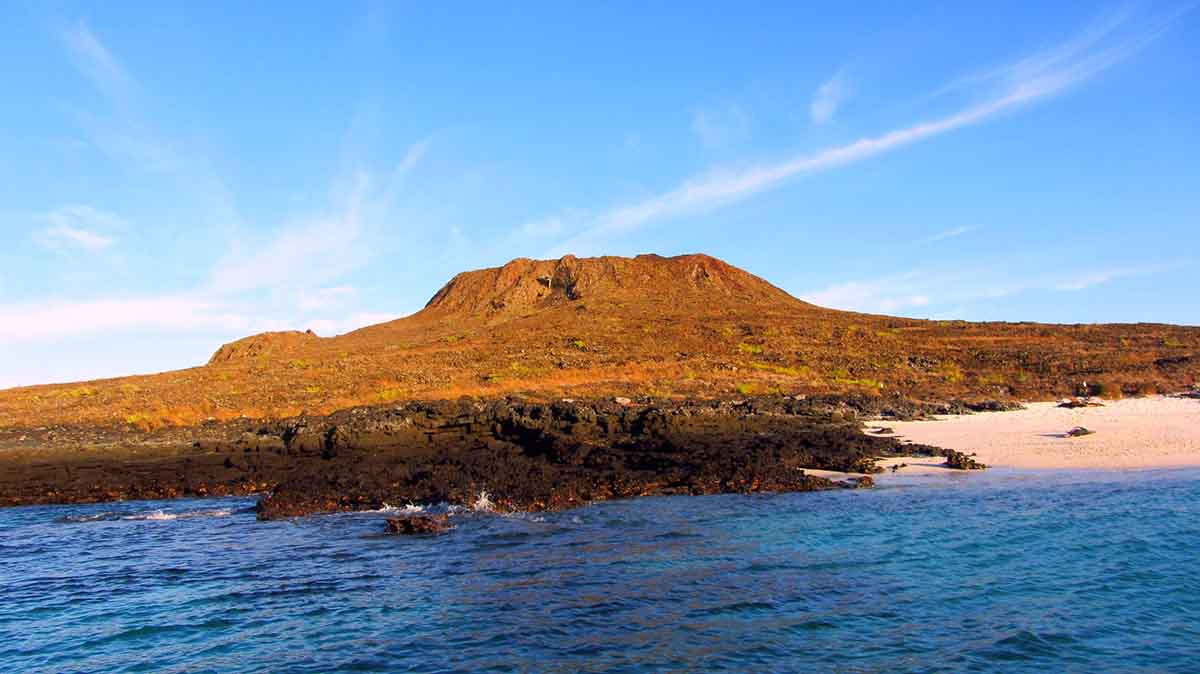 The shape of the island resemblances a Chinese Hat, enjoy amazing hike to discover several species of birds and marine-iguanas. The Lava field constrasts with red vesuvium flowers. The snorkeling in the channel that separates this isle from neighboring Santiago island is amazing. 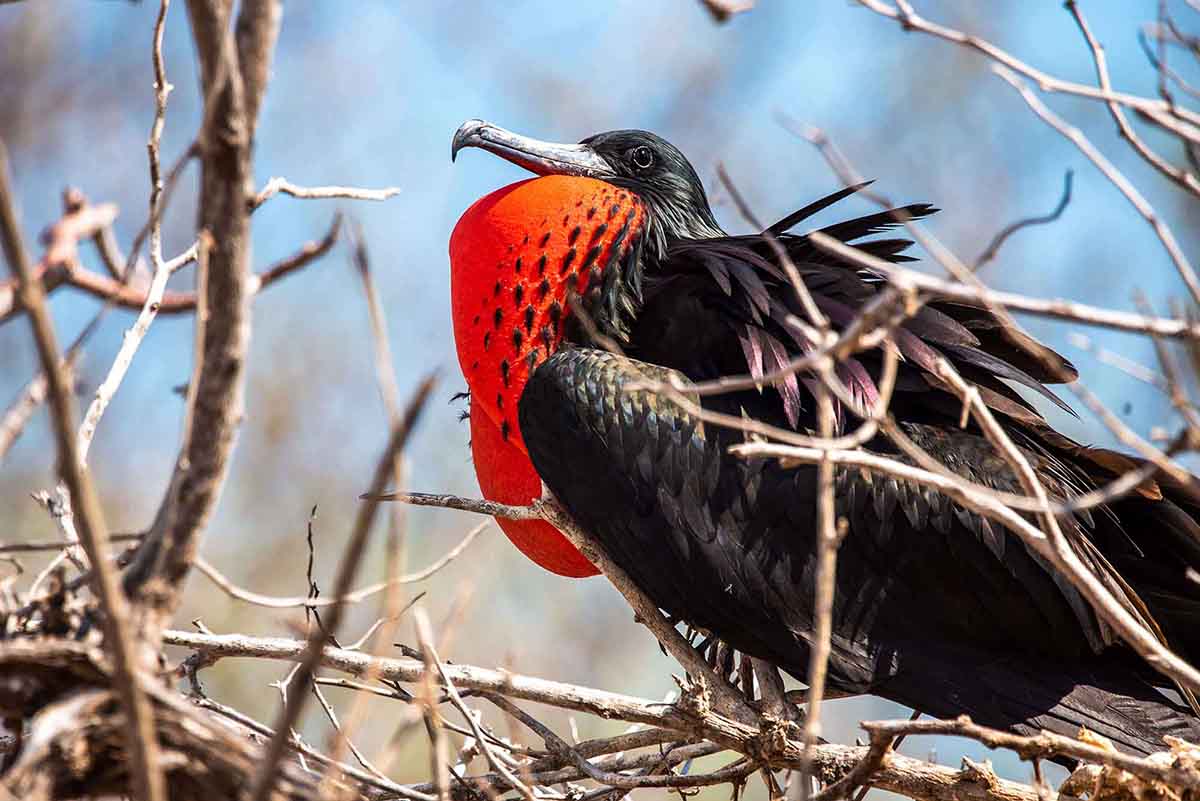 Shaped like a horseshoe, Tower Island (Genovesa) is one of the youngest islands and offers incomparable hiking and snorkeling sites for the adventurous traveler. This is one of the best places to spot the Red footed boobies, both at Darwin bay and at El Barranco. The entire island is a birdwatchers dream.

Santa Cruz is considered as the main populated Island in Galapagos and starting/ending point for most cruises and tours; it also has wonderful natural sites to visits like the Highlands (Turtle in semi-wild environment). 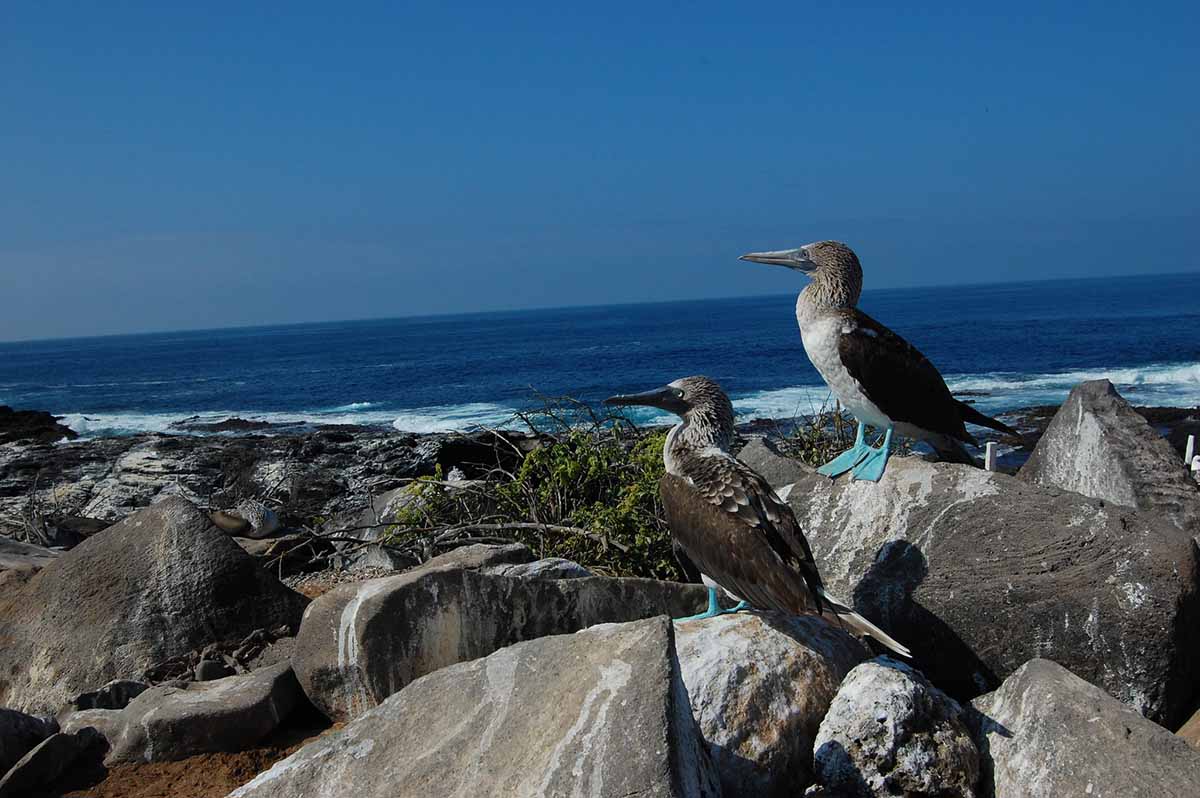 The oldest Island of the Archipelago, holds incredible natural beauty and biodiversity, including the Waved Albatrosses and the amazing blowhole. Learn about Punta Suarez and Gardner bay the main visitor sites at Española Island 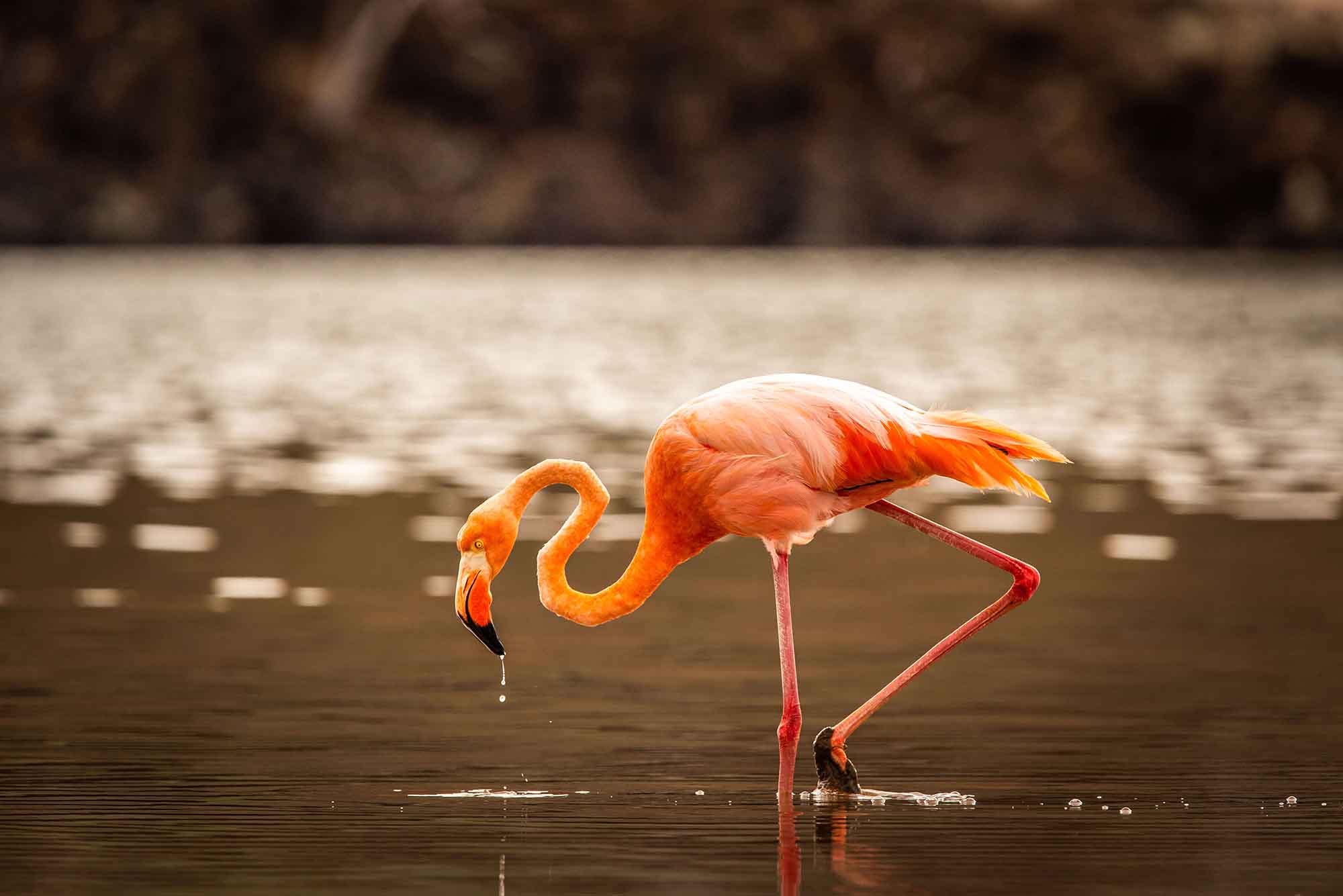 A magnificent islet that allows visitor to enjoy wildlife, Diving, hiking on uneven terrain and water activities as well. 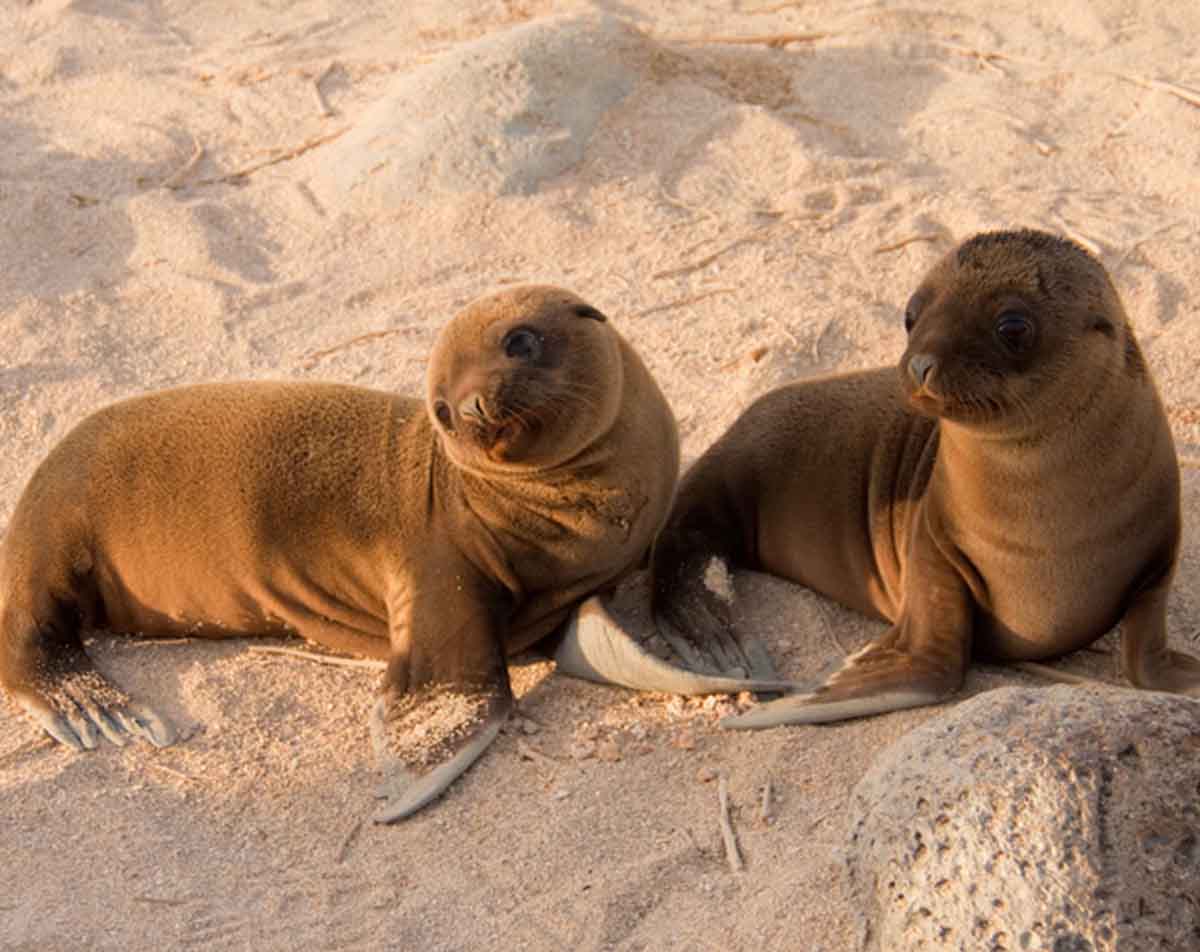 Home of the capital of Galapagos and the second Airport, it has many diverse visitor sites and complete hotel infrastructure for the demanding traveler to enjoy 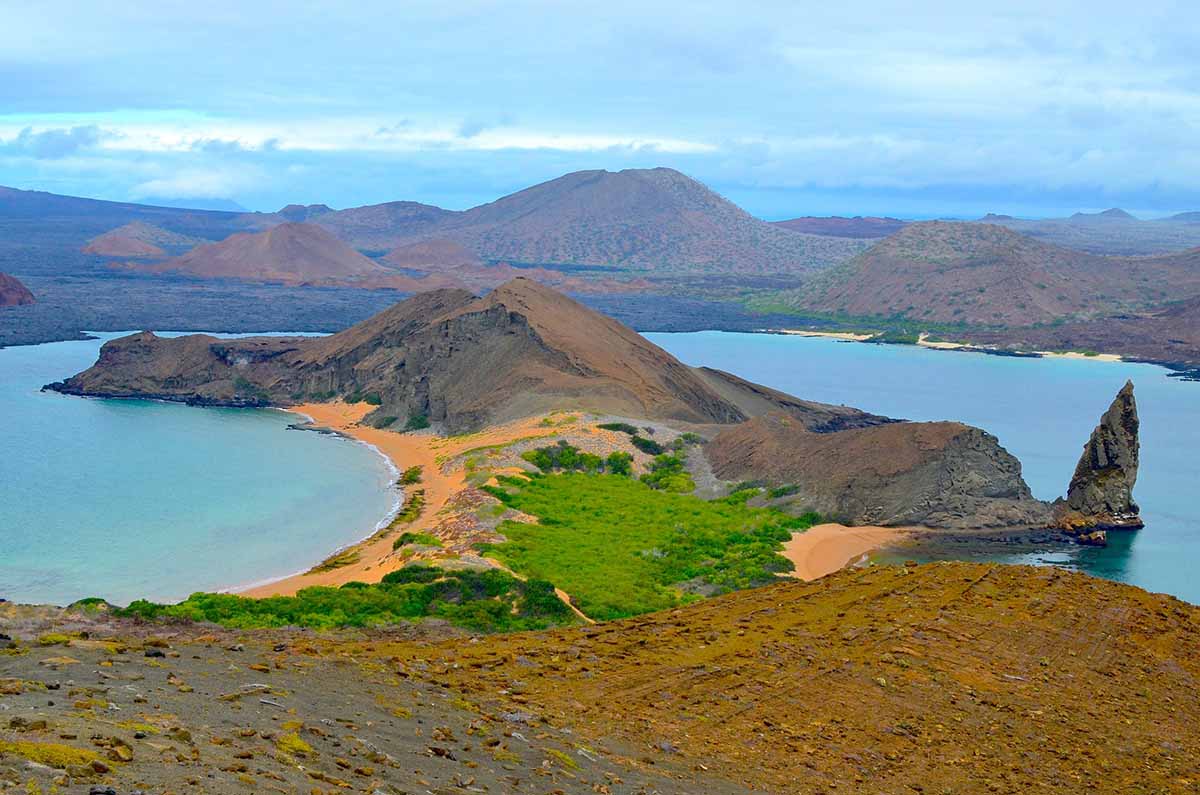 Majestic views from the summit of Pinnacle Rock, snorkel with Sea Lions and Penguins on this beautiful Island on the Central part. 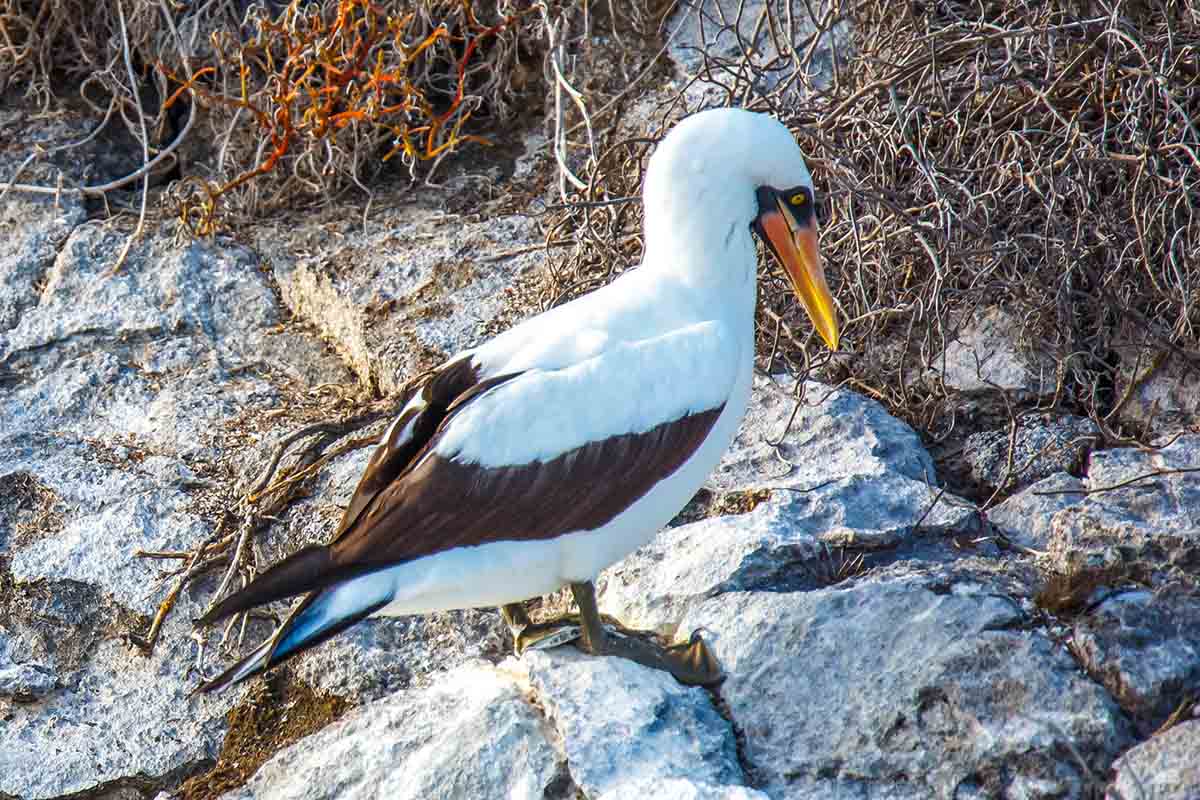 A peaceful small Island in the Central part, not open for most cruise itineraries to protect its natural beauty and wildlife sanctuary. 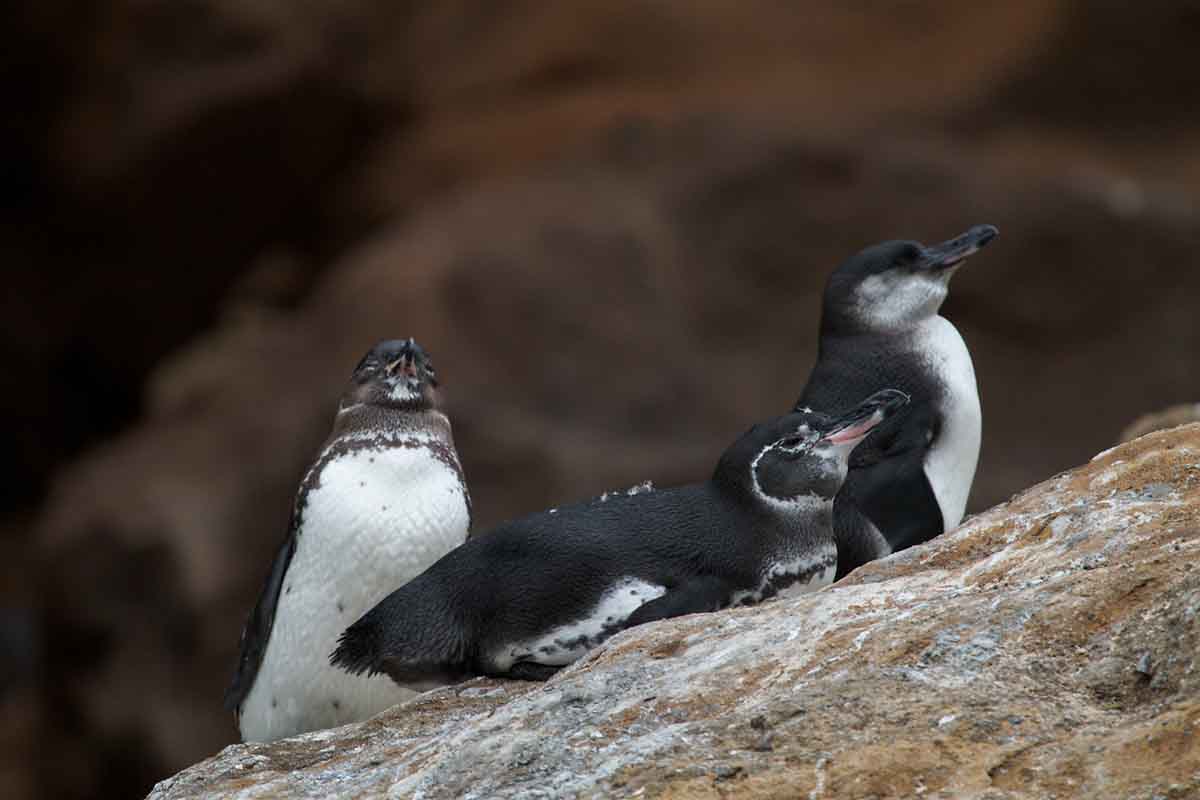 One of the first islands to be settled by human beings; it houses the very first Post-Office plus fantastic natural sites truly worth visiting. 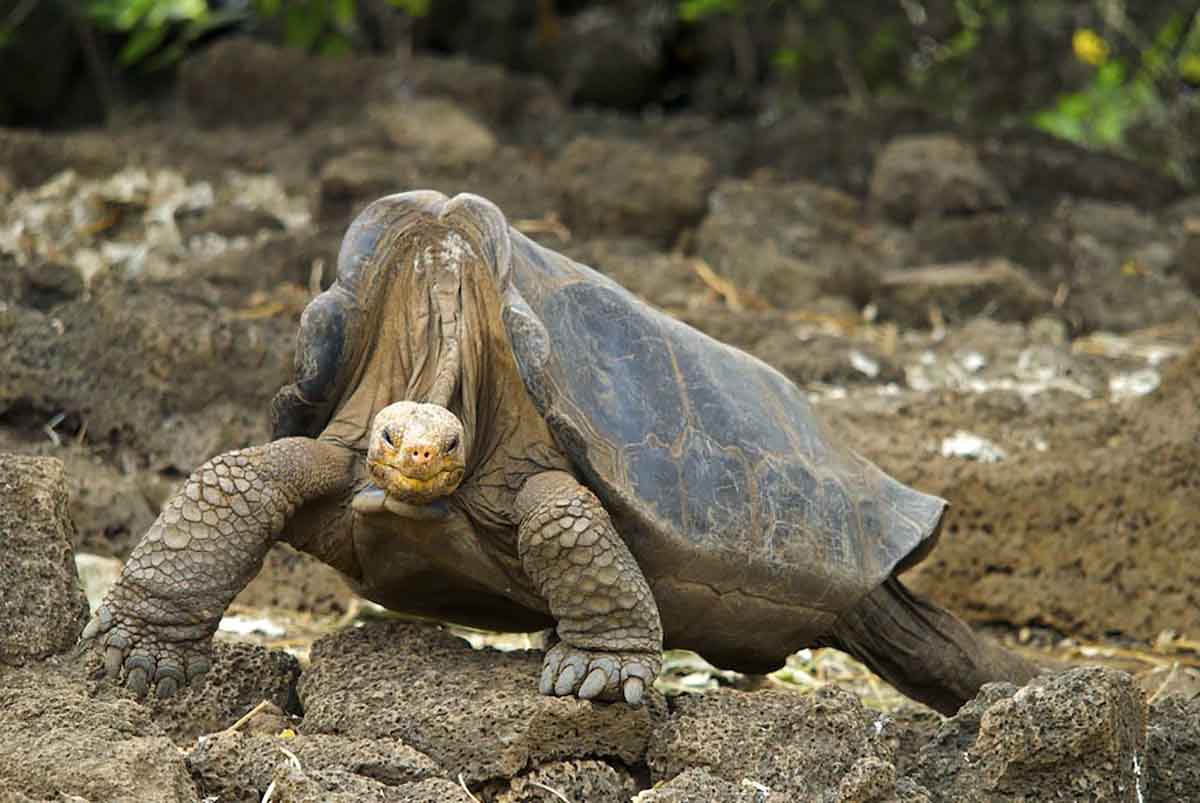 The birth place of “Lonesome George”, an icon of the Galapagos; it is one of the most protected sites as it house a thriving Endemic Turtle population. 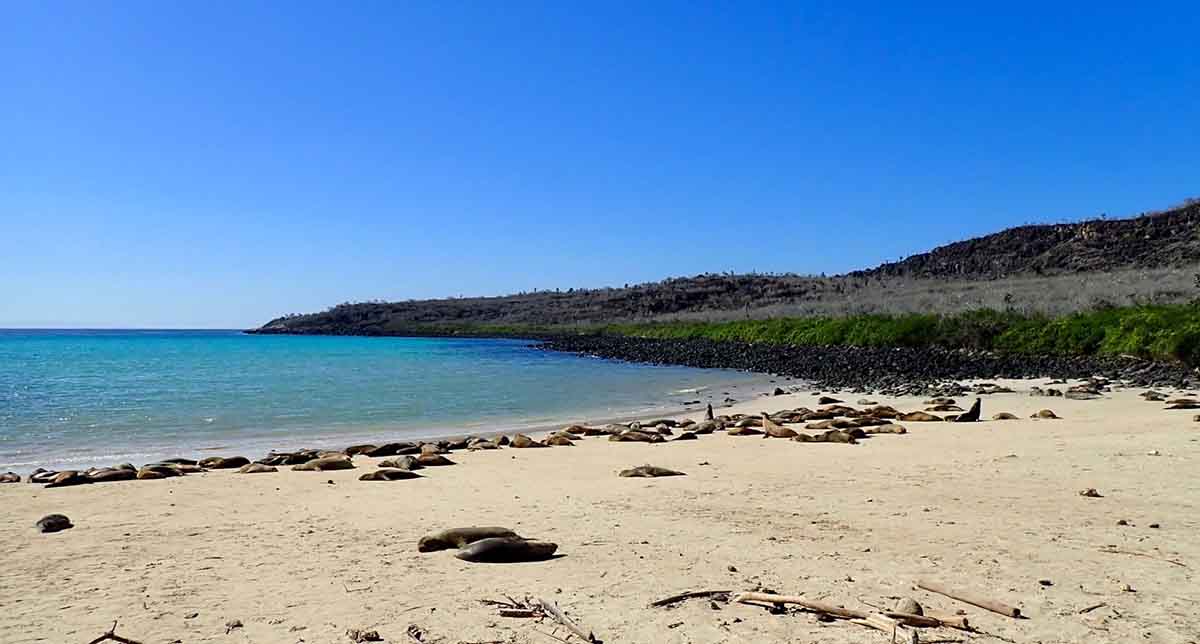 Also one of the first islands to thrive and among the most visited ones as well due to its wonderful biodiversity and natural enchantment. 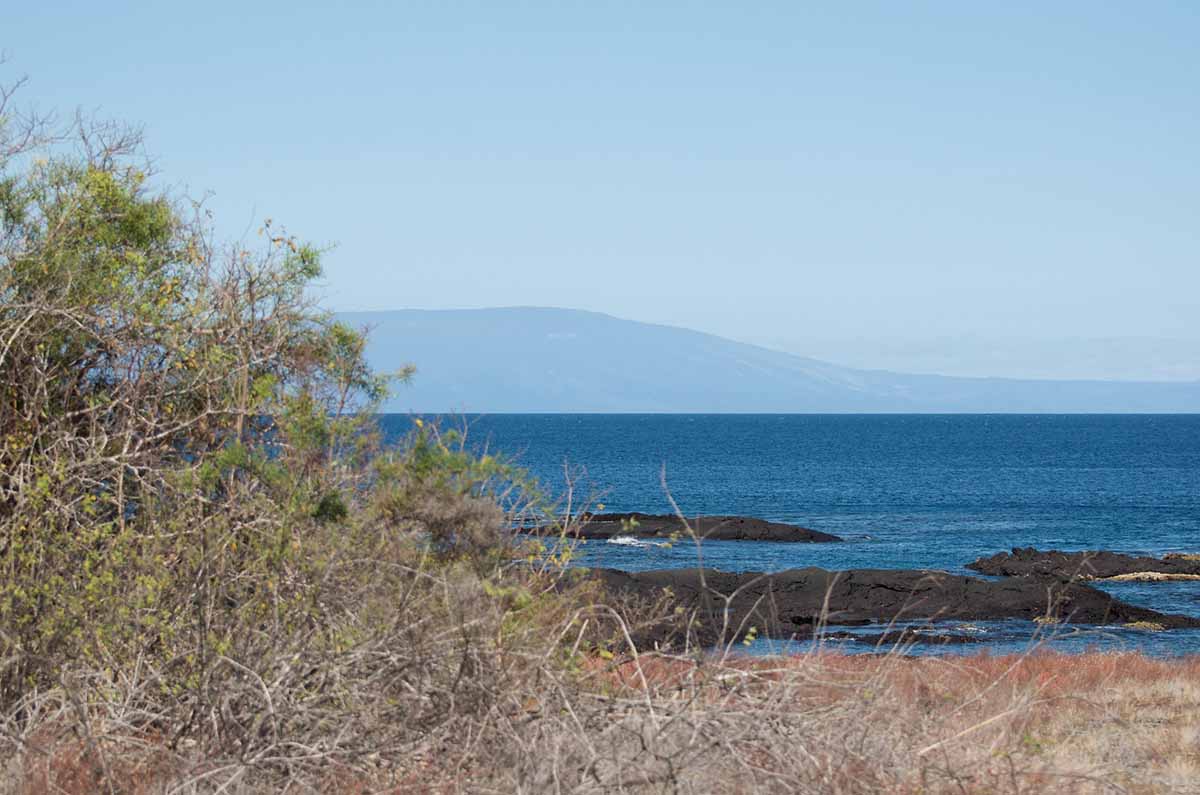 The most remote on the Archipelago with no human presence or settlements allowed coverts it in a truly untamed wildlife sanctuary. 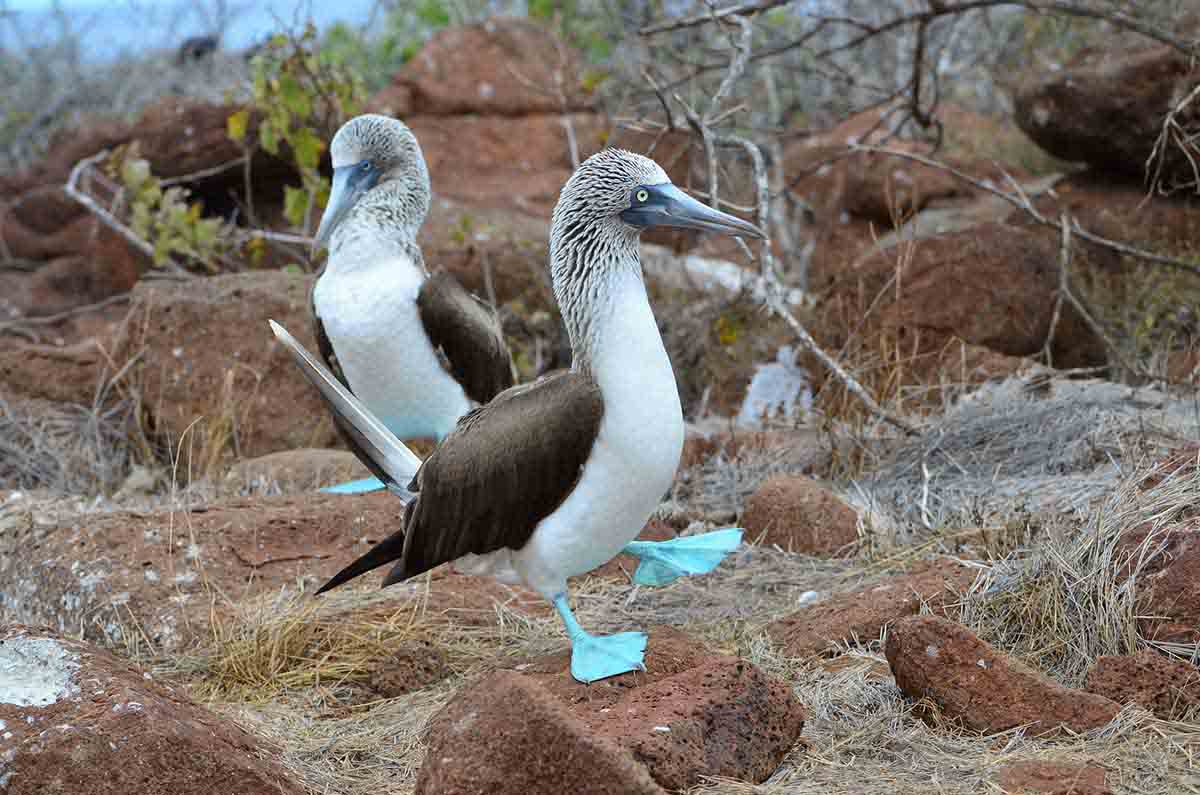 A Paradise for bird lovers: Frigate Birds, Blue-Footed Boobies, Finches and more make this Island a must-see by sailing cruise or even on a day-trip from Puerto Ayora. 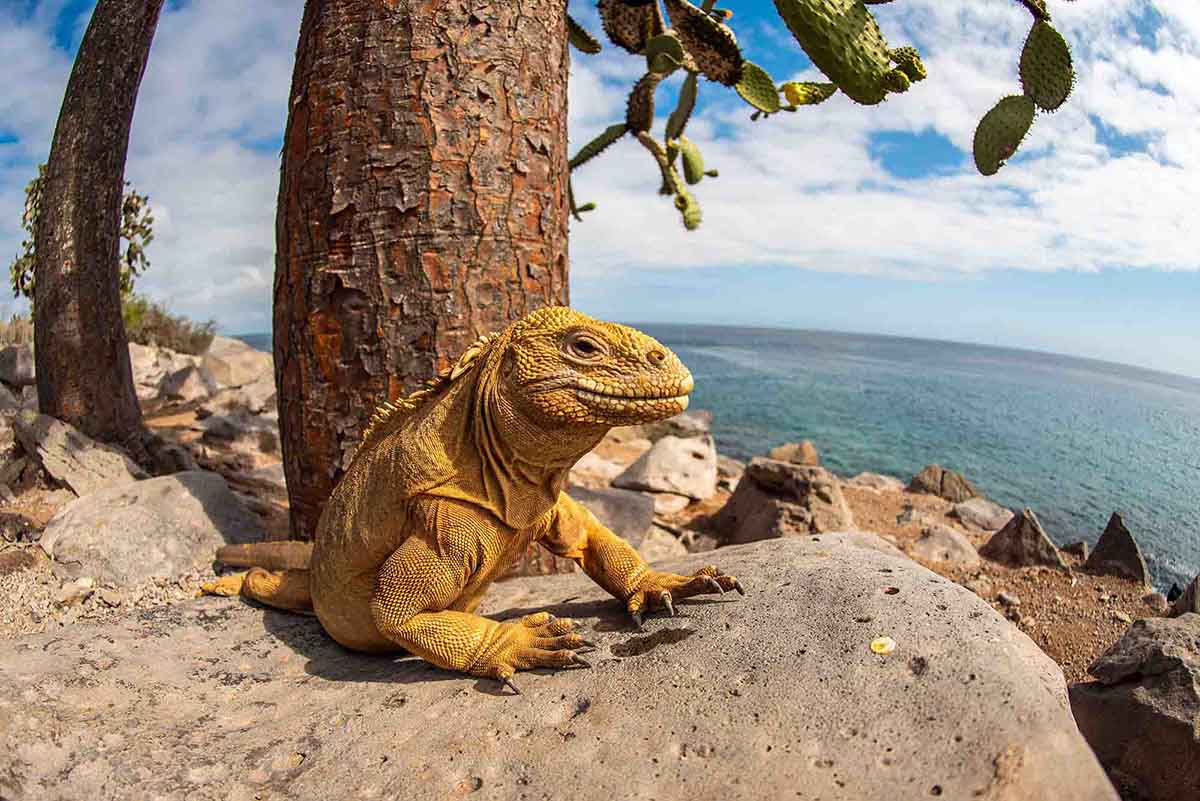 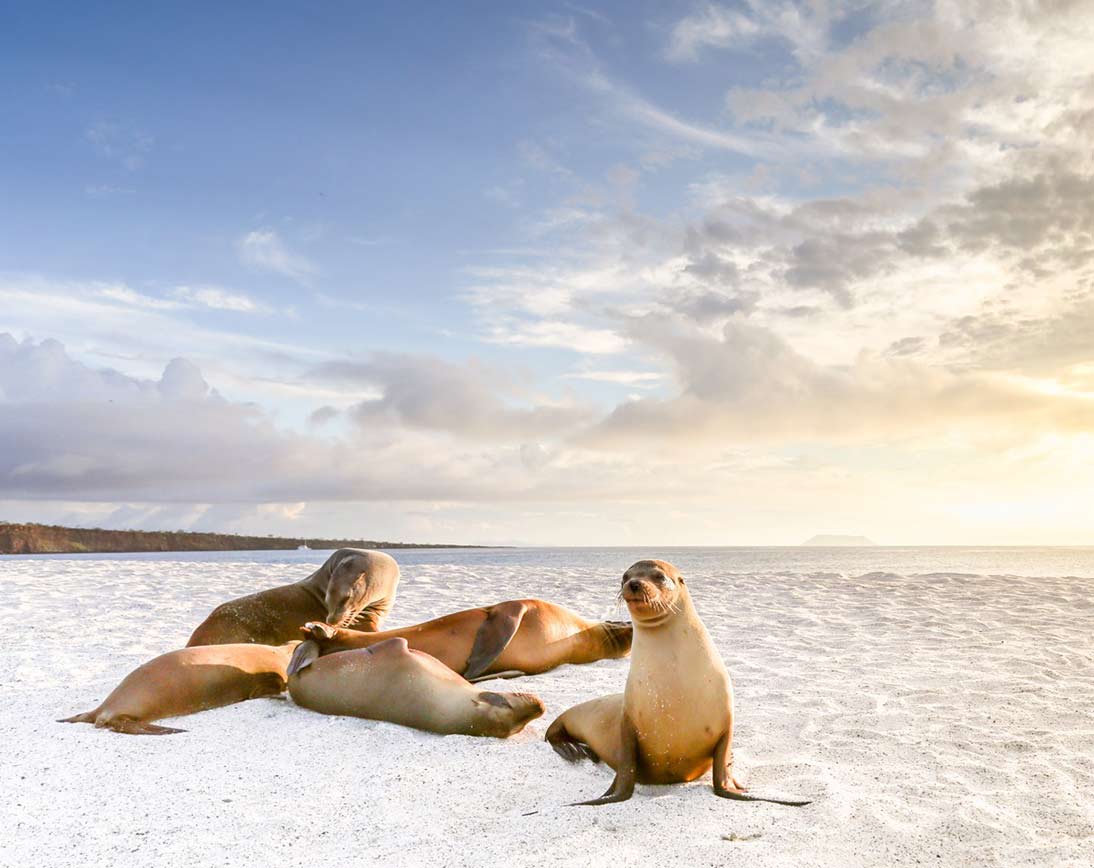 A very rocky environment surrounds its coast, this represents quite a challenge to the visitor as it doesn’t have defined or easy trails to follow. 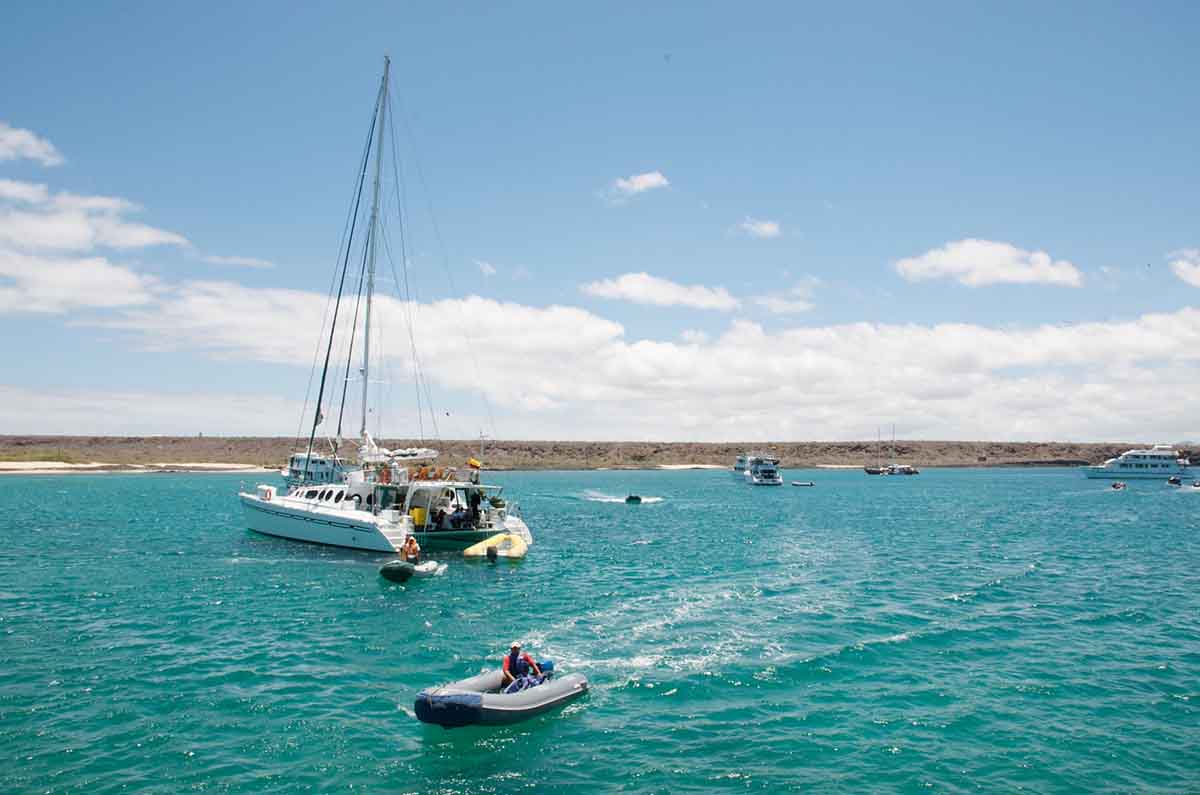 The most populated island, starting/ending point for most boat-trips and land-tours for its location. Home of endemic Giant Tortoises and active life at Puerto Ayora.