Upon the wide ocean extending from the coast of Ecuador leafy rafts drifted Galapagos-bound some 6-7 million years ago carrying upon them the Giant of the Enchanted Islands.

Theory or myth, one way or another the Galapagos giant tortoise made its way to history. And it is history in fact what you are looking at when you see a Galapagos tortoise.

But in all honesty when we see the Galapagos Tortoise we all have but one thought in mind. Think about it, it’s big, it’s sturdy, it’s close to the floor. Well, you are not alone Darwin had the same thought:

“I frequently got on their backs, and then giving a few raps on the hinder parts of their shells, they would rise up and walk away; – but I found it very difficult to keep my balance.”

It’s all about the shape

It would be interesting to find out which Galapagos tortoise Darwin tried to mount and couldn’t. There are two options from which to choose: the dome-shelled giant tortoise and the saddle-backed tortoises. It is precisely the shells that separate the different species of giant tortoises.

Resembling half of a soccer ball the dome-shelled tortoise has a neatly round, shiny shell and is generally larger than its cousin. This tortoise is also fond of more humid climates that offer a wealth of low-hanging vegetation which is easily reached by the crawling tortoises.

On the other hand, the saddle-backed tortoise is a true freak of nature, or simply a true evolutionary champion. Endemic to hotter, drier, islands where vegetation is more sparse these giants developed throughout the years a saddled shell that allows the tortoise to stretch its neck upward and reach higher growing plants. 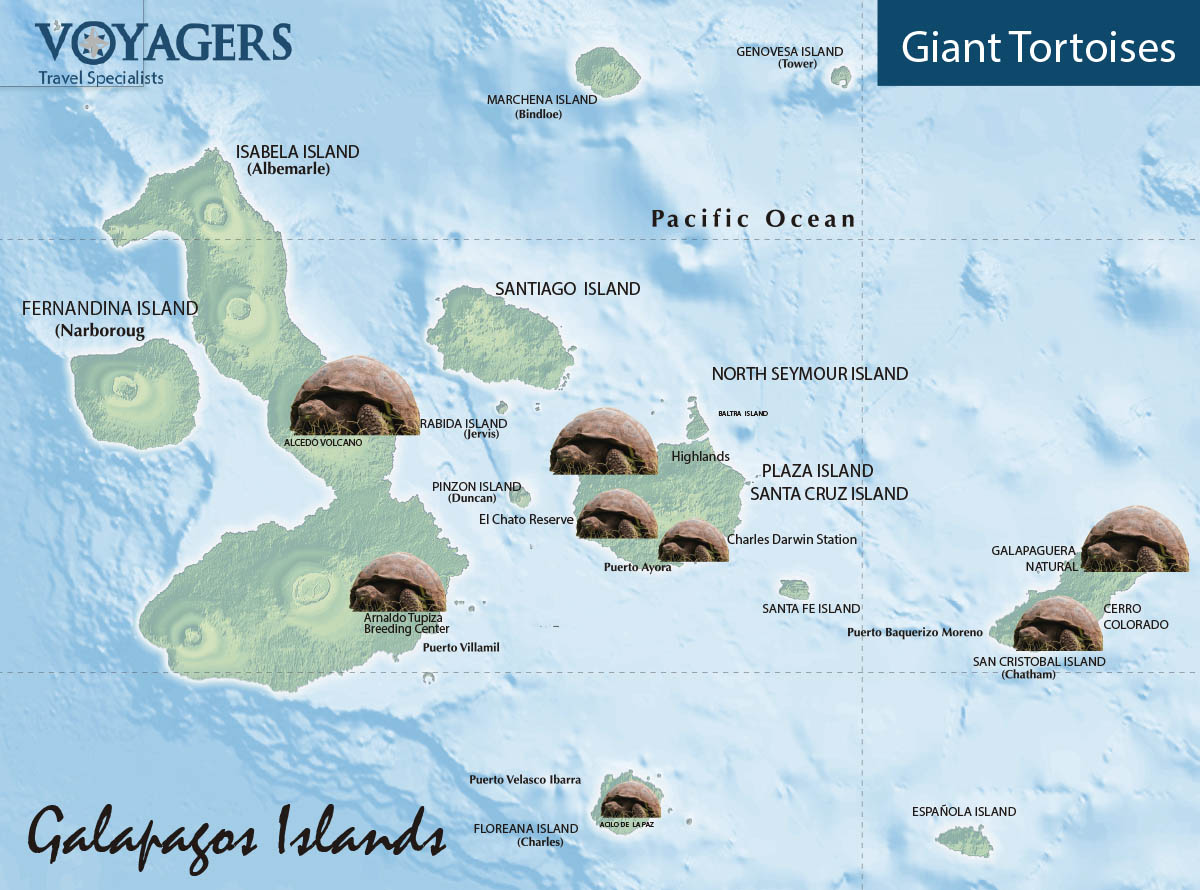 All equal at the dinner table 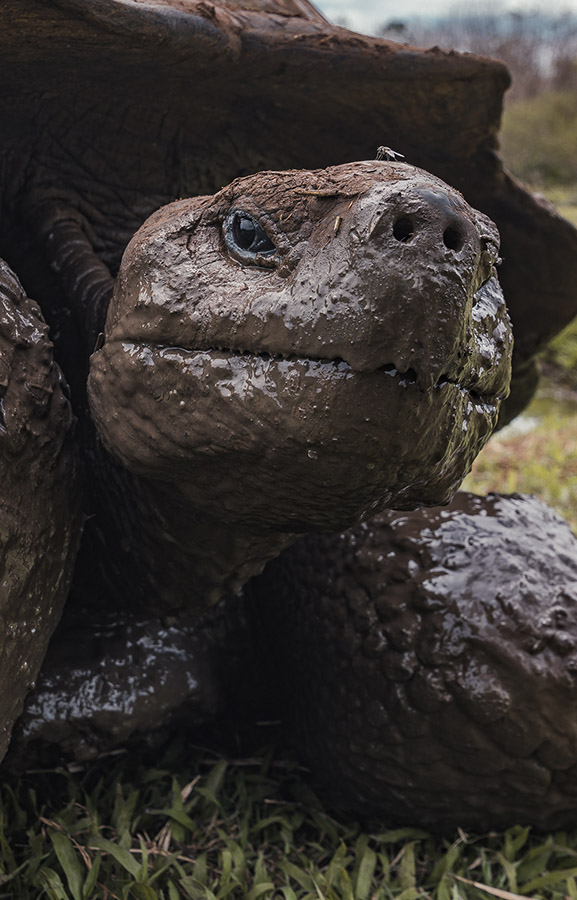 When it comes to food the Galapagos Tortoise can choose from the menu offered to most inhabitants of the islands. That includes native fruit, grass, and the crowd-pleasing cactus pads.  Yet, food and water are not always available. Therefore, adaptability is key to surviving the challenges presented by the Enchanted Islands.

Superior to all, the Galapagos Tortoise is capable of storing food and water for up to one year. This is the reason why when presented with a reasonably big puddle they have been noted to shamelessly gulp at it taking in as many mouthfuls as possible.

The giants’ remarkable ability to survive was unfortunately the indirect cause of their demise. Once buccaneers, whalers, and fur sealers discovered that they could have fresh meat for their long voyages by storing live tortoises in their ships, a long-lasting hunting season began. Massive exploitation of the tortoise for its multiple uses, which included extracting its oil for lamp lighting, led to the colossal loss of 100,000 to 200,000 tortoises in two centuries.

Besides the human threat the giant tortoise competed for food and habitat with goats and other large mammals while their eggs and hatchlings were prey to feral cats, pigs, and rats introduced by human visitors. Out of the 14 original giant tortoise species in the Galapagos Islands 10 now remain alive. And, in a striking comparison to previous centuries there are today on average 15,000 to 20,000 Galapagos Tortoises in total.

Lazy is as lazy does. No other than the Galapagos tortoise to know slothfulness — they can pack a serious 16 hour long resting session per day. During the hot season they can be seen sleeping peacefully in mud wallows, water, or under a bush, but through most of the day the tortoises simply soak up the sun to warm their cold blood.

Intermittently, of course, they eat and engage in other activities. Some of those include territorial displays which consist of a neck raising contest, and mating. Females migrate to nesting areas after mating and can lay 2 to 15 eggs which will hatch every 130 days.

So what is the secret to the inevitable charm of these giant tortoises? Certainly not the most handsome around, but positively one of the most enduring creatures on the planet. If you are perseverance oriented, then the Galapagos giant tortoise is your spirit animal. But don’t pull a Darwin — please don’t mount the tortoises. 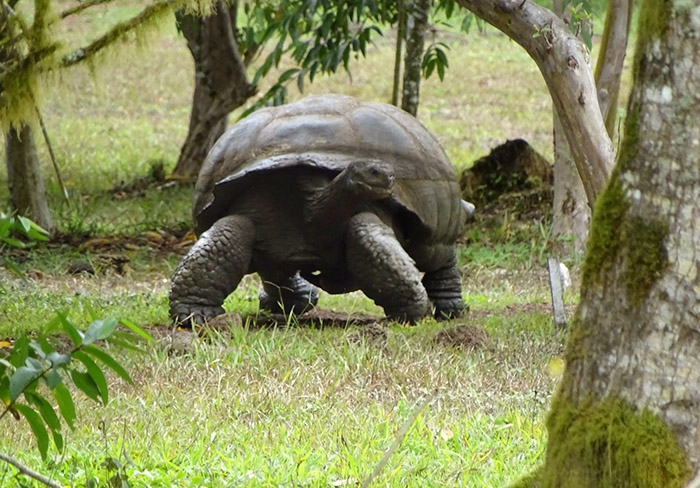 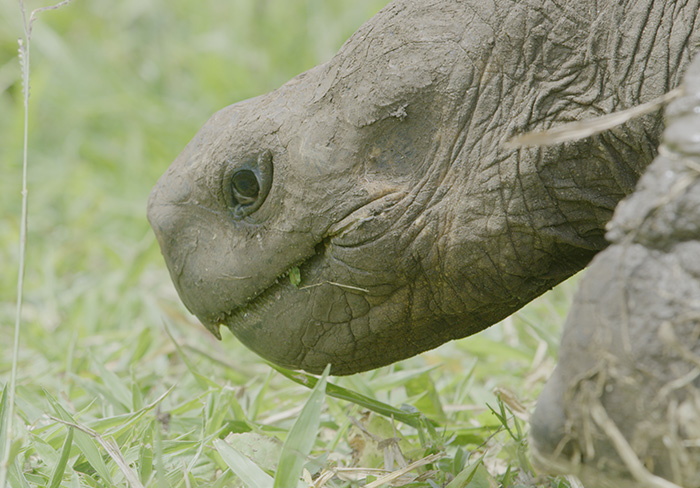 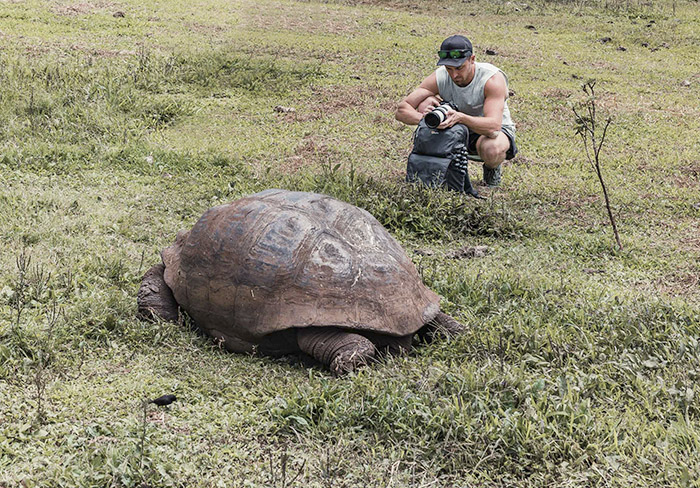 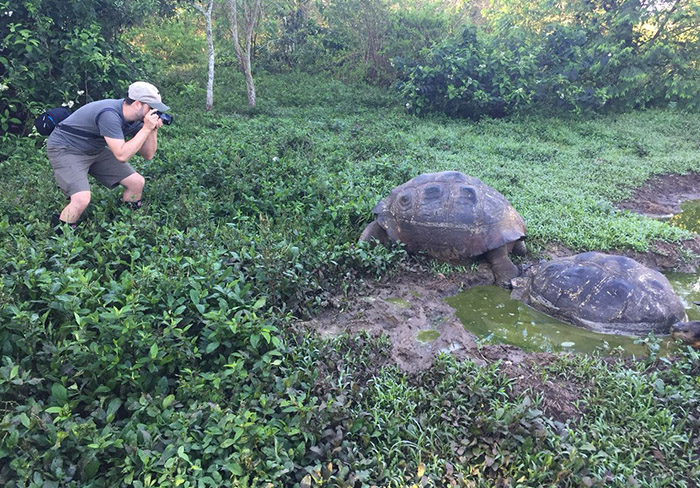