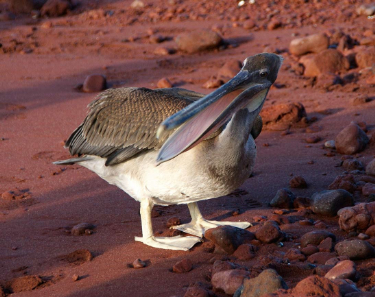 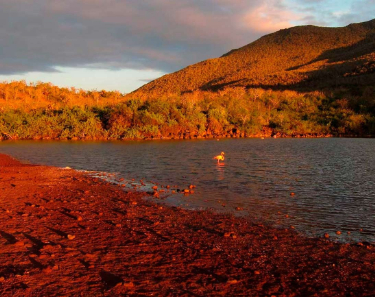 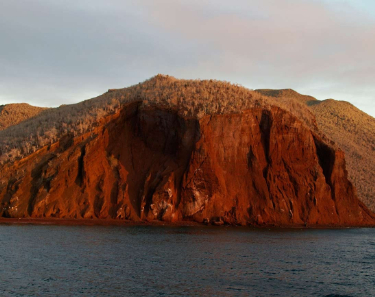 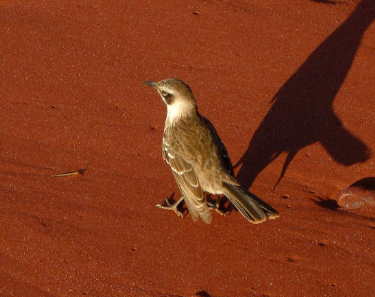 Rabida is a visitor site in the Galapagos Islands

Rabida, also known as Jervis Island, is one of two small islands located to the south of Santiago. Though small, it contains a great variety of rock and lava types, including basalt, ferrobasalt, icelandite, and trachyte. Also to be found are a range of gabbroic xenoliths. The range of lava compositions is a result of fractional crystallization. As magma cools, crystals form and settle out. As a result, the composition of the magma changes, generally becoming richer in silica and poorer in magnesium.

The xenoliths are a fragment of magma that crystallized and were broken off and carried to the surface during an eruption. It is interesting that these differentiated rocks (i.e., products of extensive fractional crystallization) are restricted to the central portion of the Galapagos Islands archipelago, occurring on Alcedo, Pinzon, and Rabida. Rabida is essentially a cluster of steep-sided, coalescing domes, flows, and pyroclastic cones. An irregular depression in the center may be a crater, but it has no caldera. The oldest rocks on Rabida are about 1 million years. Some of the pyroclastic cones on the north coast are probably much younger, however, as then erode quite rapidly. A salt pond formed between these cones is one of the many places where one can see flamingos in the Galapagos. These spectacular birds feed exclusively on the brine shrimp found in these saline ponds

Rabida Island or Jervis has a different look with its reddish beach, cliffs, and steep slopes of volcanic cinders. A noisy colony of sea lions lives on the beach and a short trail inland is a good place to observe land birds such as finches, doves, yellow warblers and mockingbirds. Hidden behind a narrow strip of green saltbush is a briny lagoon where flamingoes may be found, sometimes even nesting. There are nine types of Darwin’s finches here.

Continuing up the rocky red cliffs a short 15-20 minute walk leads to a cliff overhang with a fantastic view of the cove with the ocean, lagoon and scarlet cliffs. Returning back to the beach Rabida offers some very good snorkeling opportunities snorkeling along the rocks at the east end of the beach may reveal many of the reef fish common to these waters. Sharks and Manta Rays are commonly seen. This is also an excellent place to dive.