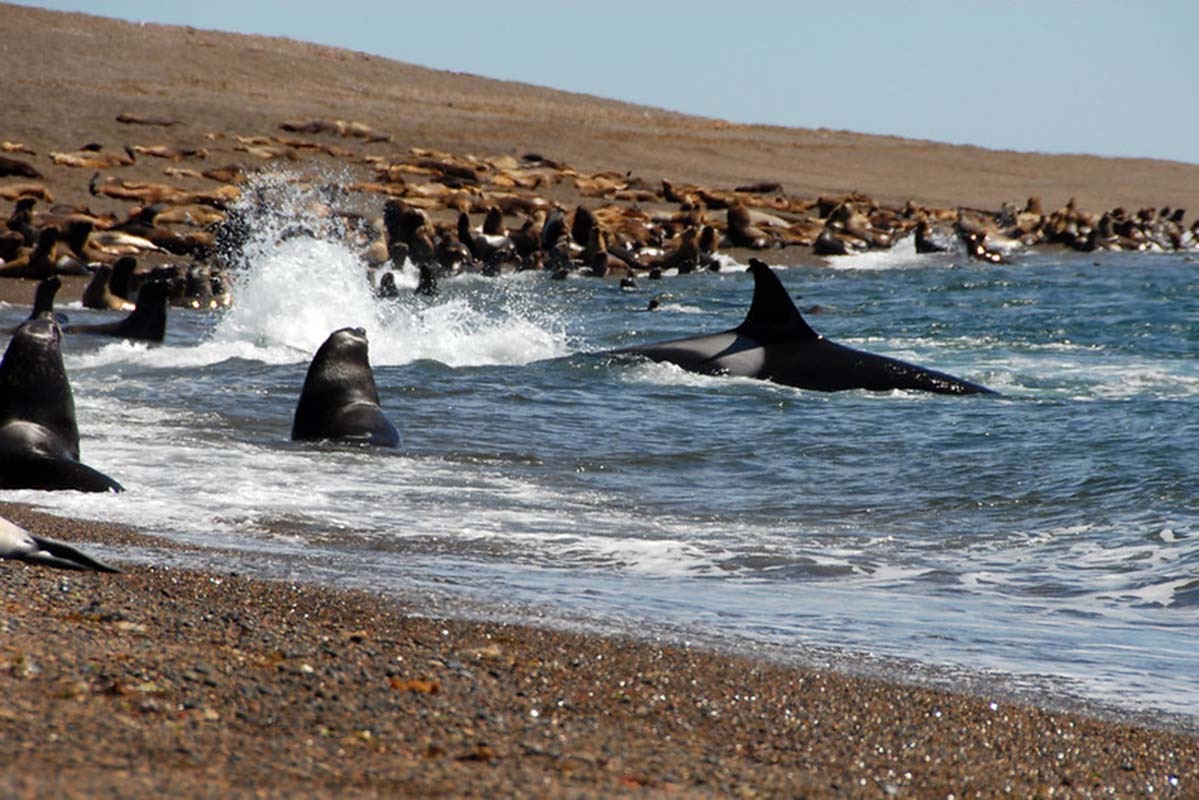 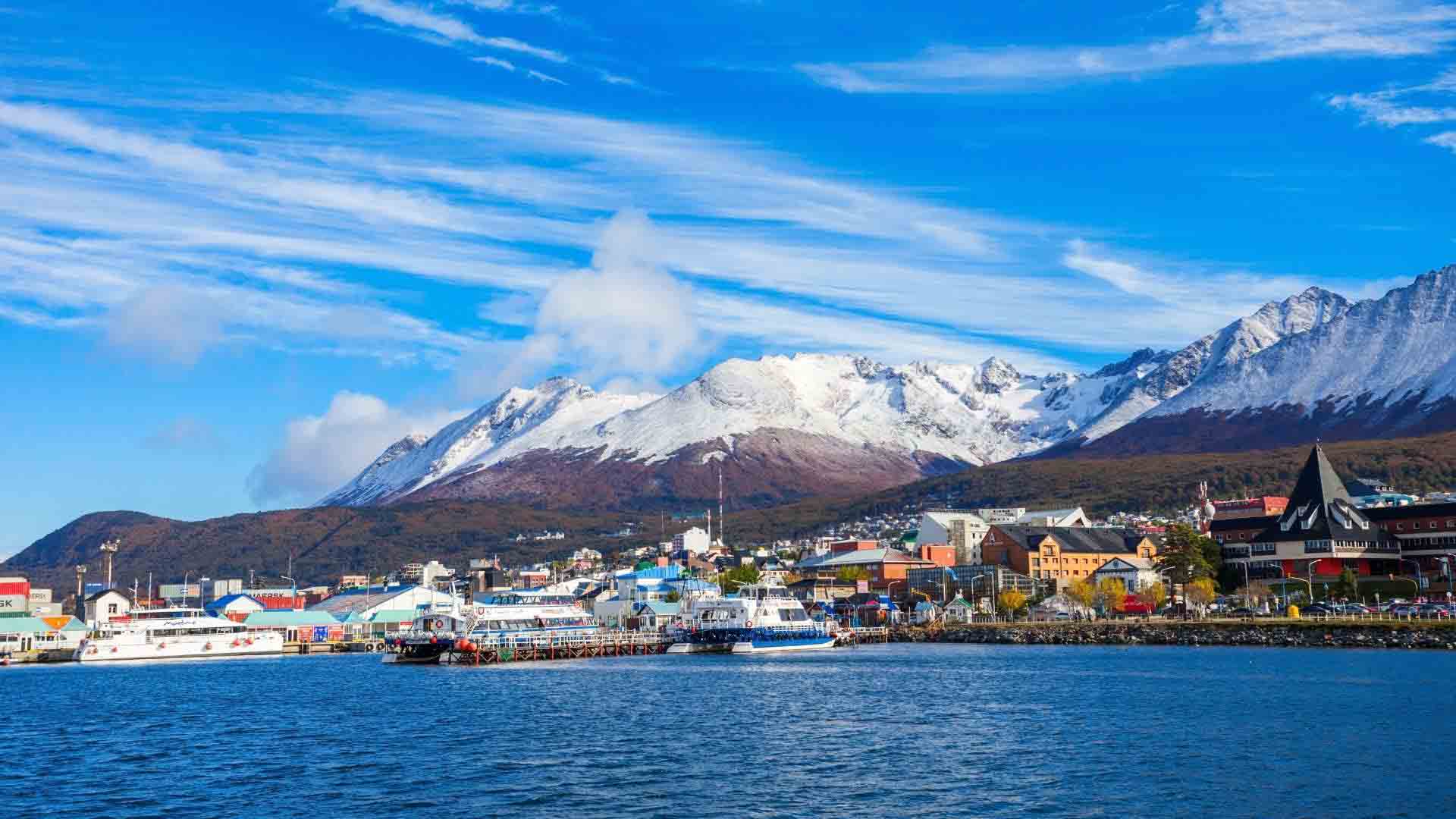 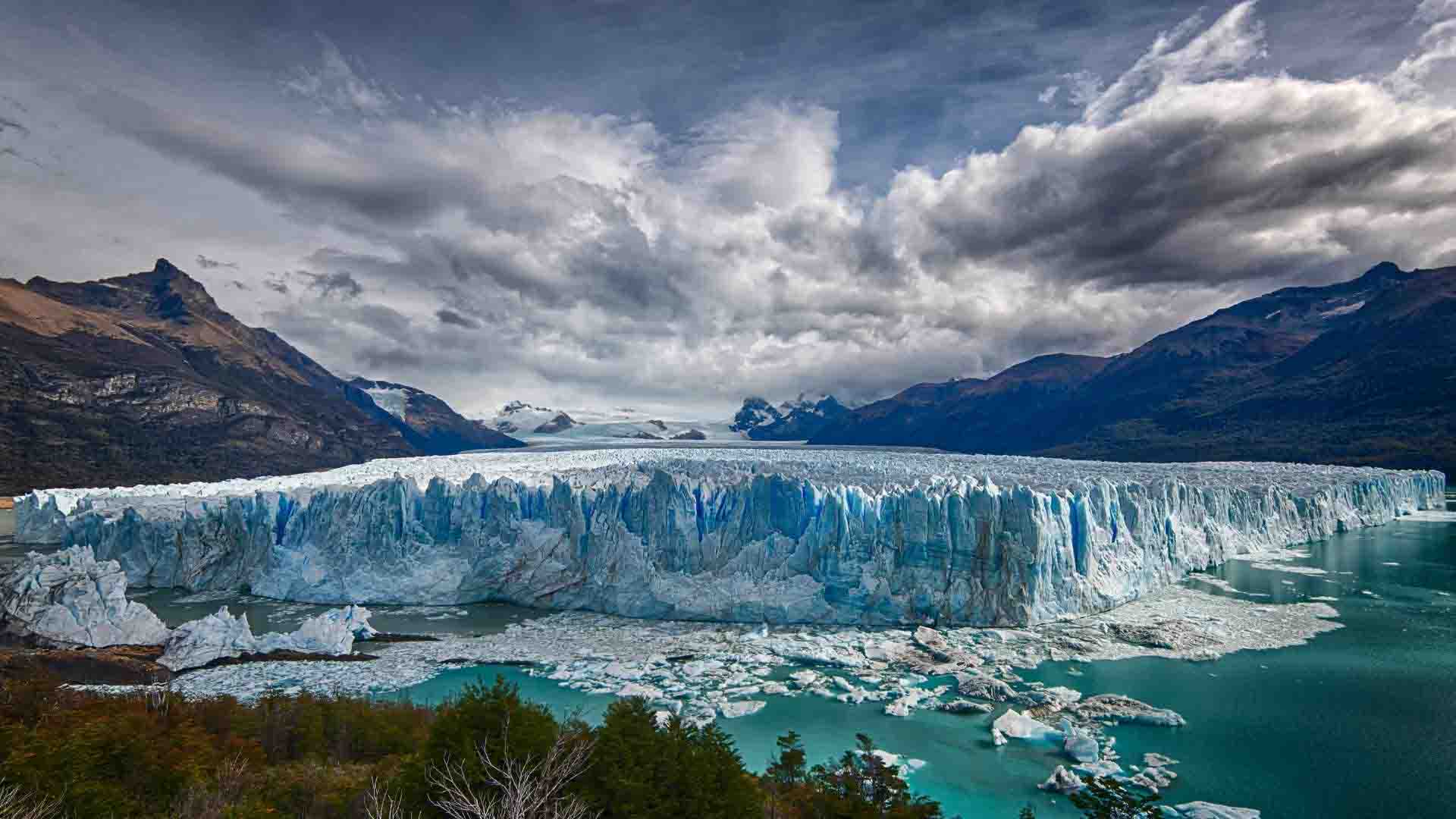 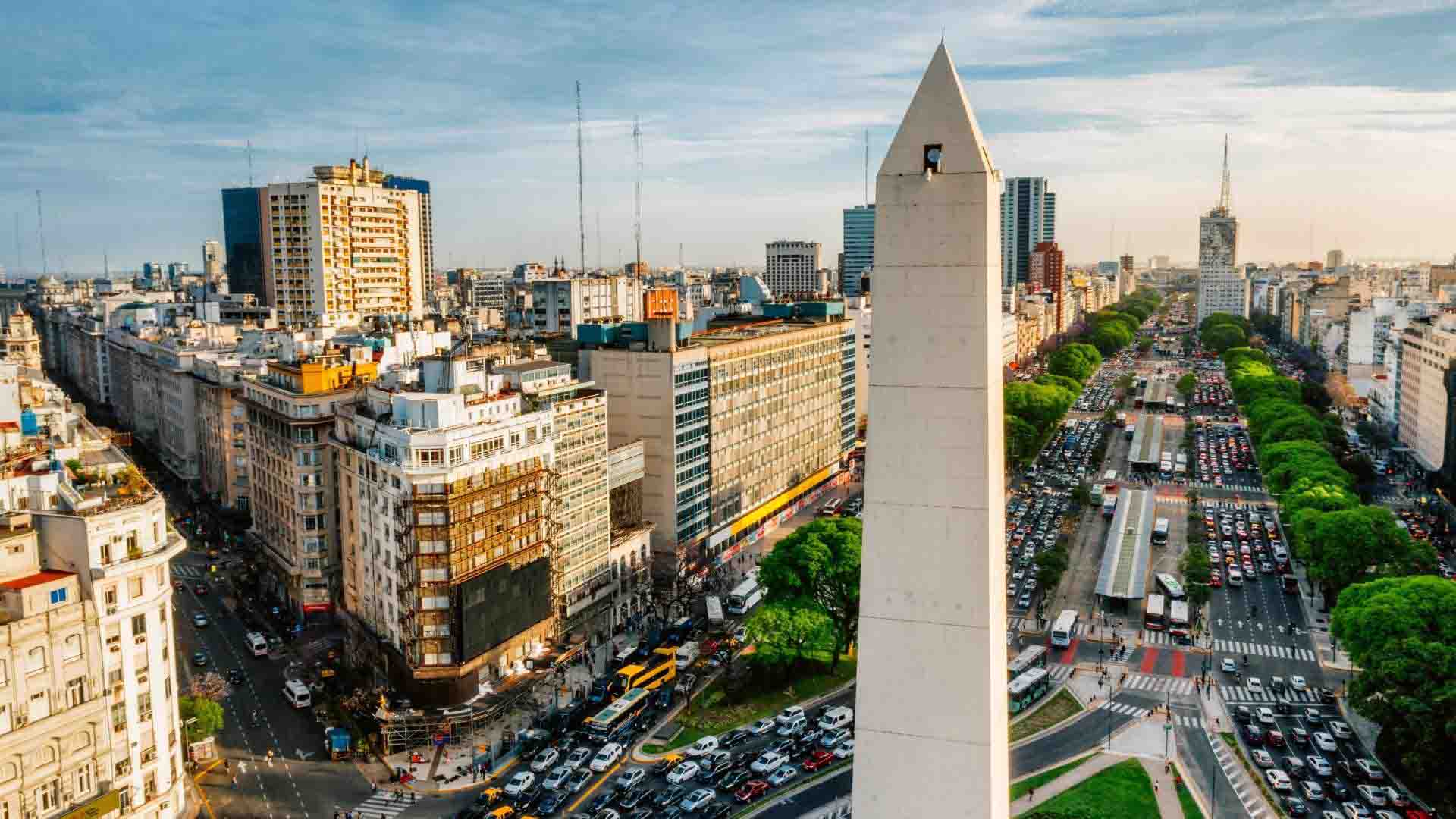 Arrival to the airport and transfer to the hotel. Private service with an English-speaking guide.

We will visit the most representative places of the southern area of the city, such as Plaza de Mayo, an important evidence of the Argentinean history; the House of Government, known as the Pink House; the Cabildo, the Cathedral and many other buildings and palaces of special architectural, historical and cultural value.
Then we will see San Telmo neighbourhood, home of the XIX century Aristocracy, now with its stores of antiques dealing and its colonial style. We will continue to visit La Boca, the Italian immigrant district, an explosion of colour at the river’s edge. We will Visit Caminito, a narrow street teeming with art galleries and “Tango spirit”, and we will see La Boca Stadium, known as La Bombonera. After La Boca, we will visit Puerto Madero, the very recently recycled and newest area of the city.
Continue to Recoleta, one of most beautiful neighbourhoods of Buenos Aires - it's the city's heart of art and elegance, grace and modernism, culture and leisure. In this area you can find museums, galleries and cultural centres, surrounded by beautiful parks. We will stop at the Recoleta Cemetery and do a walking tour.
Many of the gravestones and vaults are works of art and 94 have been declared as National Historic Monuments. Between other important characters, we will see the final resting place of Eva Peron (“Evita”).

This tour runs from September through April and has an approximate duration of 12 hours.

We depart early in the morning towards the Wildlife Reserve Peninsula Valdes, UNESCO World Heritage Site since 1999.

After a one-hour drive we arrive in Puerto Pirámides where we join a boat tour (optional, not included) to see Southern Right Whales (Eubalaena australis) between June and December, and Southern Sea lions (Otaria flavescens) and cormorants between January and March.

Next we continue our journey to Estancia San Lorenzo, a traditional sheep farm, where we´ll visit a stunning Magellanic penguin colony with about 500.000 penguins located 7 km/4,35 miles from the main house.

Our next stop is the Wildlife Reserve Punta Norte, where depending on the time of year, we can see Southern elephant seals (Mirounga leonina), Southern sea lions (Otaria flavescens), and eventually orca.

Finally, we leave for Punta Cantor to observe Caleta Valdes, a large inlet that stretches along the peninsula’s Atlantic coastline. On the way back, we make a stop at the Visitor Centre situated on the Isthmus Carlos Ameghino.

Along the way, we may run into wild rheas, tinamous, guanacos, foxes, cavies and armadillos.

The entrance to Tierra del Fuego National Park is 12 km from Ushuaia. It is the only national park with maritime coast in the country. It occupies a surface of 63.000 hectares where we can find firebushes, beech trees, ñires, box-leafed barberries and flowers such as orchids, violets and another species.

Doing this excursion visitors will be close to nature. Following a road around the mountains we will see the peat bogs and the beaver dams before arriving at Lapataia River. Once we cross the river, we will have a nice view of Laguna Verde and the upland geese and ibis that come here every summer. We suggest to take a long walk along a path up to Laguna Negra or the Beavers Path, to know the work of these curious animals. In Lapataia Bay (the end of the National Road Number 3) it is possible to see the area where the old inhabitants of the island left their testimony: the Yámana kitchen, an interesting archeological place. Before returning to Ushuaia, stop in front of Lago Roca, which colour changes according to the weather.

Half-day Sailing on the Beagle Channel in shared service. Private transfers with an Englishspeaking guide included.

We leave Ushuaia by sailing the Beagle Channel waters passing the Ushuaia Bay, the north cost of the channel, the archipielago and the Les Eclaireurs Lighthouse, where it is possible to see different sea bird nests, seals areas and several types of coastal and sea birds (petrels, albatrosses, cormorants, oyster catchers, etc). After approaching the Lighthouse, we will sail back to Ushuaia.

Departure by bus to the Perito Moreno glacier, located in Los Glaciares National Park, declared Natural Heritage Site by UNESCO in 1981.
This continental glacier is the third largest freshwater reserve in the world, located 80 km far from El Calafate. It is the most famous and spectacular one, it has a front of 3000 meters long and a height of 60 meters, from which gigantic ice towers constantly fall into the lake.
Free time to walk along the panoramic walkways in front of the glacier.

Optional activity: Minitrekking on the Perito Moreno Glacier in shared service with a Spanish/English-speaking guide. Private transfers with only driver. Final price to be confirmed.

Once at “Bajo de las Sombras” port (Ruta 11, km 70.9) you board on a boat to cross the Lago Rico and arrive at the opposite shore after approximately a 20-minute navigation in front of the southern wall of the Perito Moreno Glacier.

Once you disembark, you will be greeted by mountain guides, who will lead you to a shelter with sanitary facilities. From there, you will begin a brief walk along the shore of the lake, which includes a talk on glaciology in general and the Perito Moreno Glacier in particular. Upon reaching the edge of the glacier, the guides will form subgroups of a maximum 20 people each, and will fit you with crampons and helmets. Once on the ice, you will receive a brief safety talk, and will begin the walk.

Always with the help of our mountain guides, you’ll enjoy this natural ice paradise. The trekking difficulty is moderate and has many ascends and descends, the route on the glacier lasts approximately one and a half hours and, in its course, you will be able to appreciate a variety of typical formations of a glacier like cracks, sumps, seracs, lagoons, etc.

At the end of the walk, you’ll return to the shelter along a walkway crossing the lush Patagonian Andean forest. Shortly afterwards, you’ll board the boat to return to the port and see the glacier walls.

Full-day sailing on the Argentinean Lake in shared-service on Captain´s Club VIP area. Private transfers with only driver. Includes breakfast and lunch.

We will start our navigation through the northern arm of Lago Argentino. We will sail through 'Boca del Diablo', heading towards Upsala Channel to navigate among the big ice floes that fall off Upsala Glacier front wall.
Our next destination will be the Spegazzini Channel, where we will enjoy the view of Seco Glacier. We will continue up the Spegazzini Glacier front wall, where we will also enjoy Hein Sur and Peineta Glaciers views.
Afterwords we shall disembark at Spegazzini Base, to begin our visit of the area by walking through a forest path to arrive to Spegazzini Shelter. This accessible 300-meters path will take us to stop in different stations and viewpoints covering the whole Bahía de Los Glaciares.
We can have lunch at the shelter, visit the shop, or just sit to enjoy the beautiful landscape.
Those who like trekking can take the Mountain Path. This medium-difficulty path goes through a wooded trail, full of natural viewpoints and incredible views, ending at embarkation point.
Return to Puerto Banderas.

In the very heart of the Argentine capital in neighbourhood of San Telmo, this refurbished historic "conventillo" (tenement building) is a classic reminder of the rich culture this city has and will take you on a journey back into Buenos Aires’ beautiful past.

Enjoy an authentic tango show in a classic venue located in San Telmo with an architectural style that creates the ideal setting for a unique Tango experience.

Delight your palate with an exquisite three course dinner Then it's time for the show.

A tango orchestra, a collection of folk music, tango singers and professional dancers will together create the most authentic tango experience in Buenos Aires.

A very good option to know the traditions and folklore of Buenos Aires.

Breakfast in the hotel.
Transfer to the airport. Private service with only driver.

End of our services 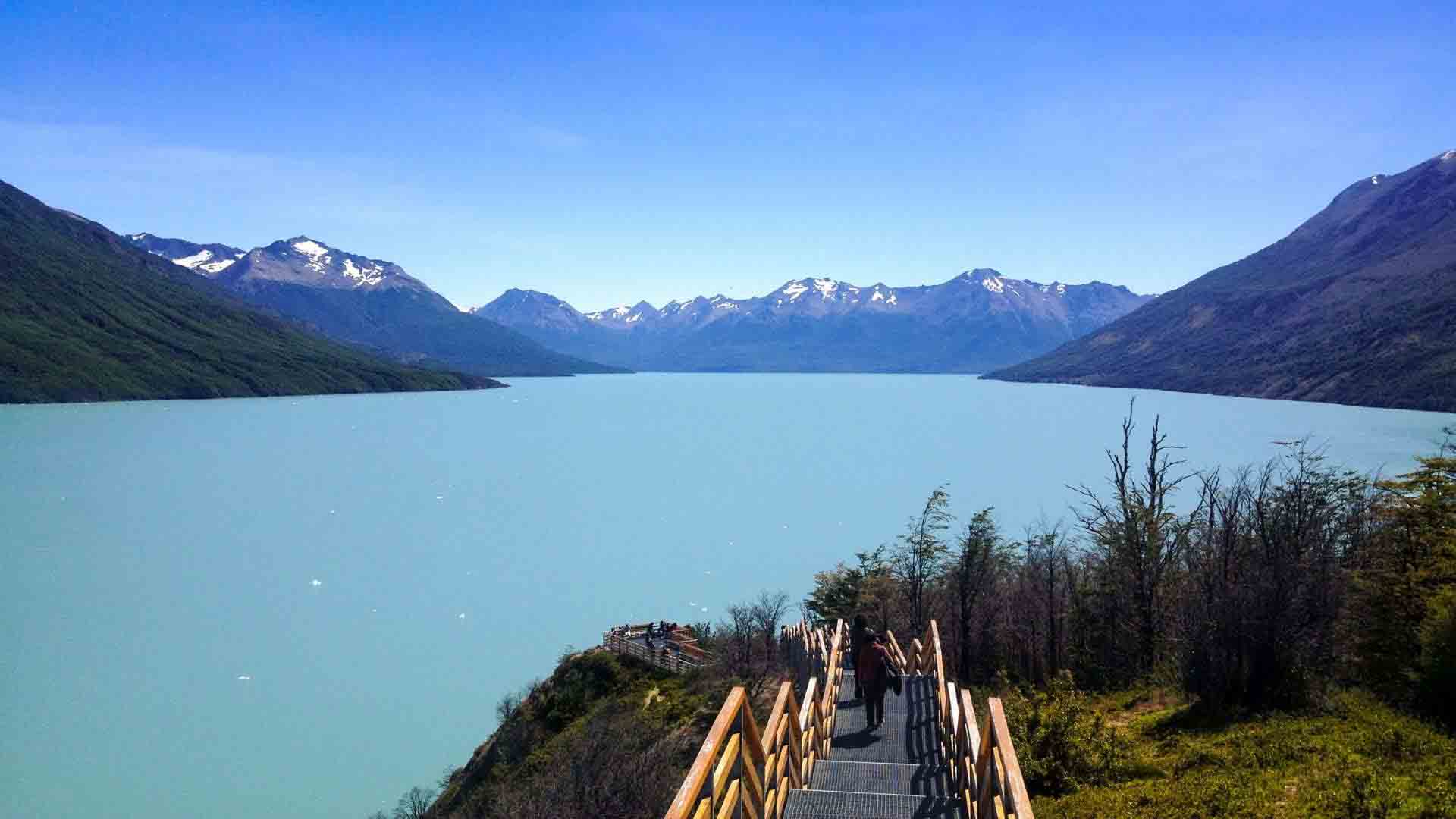 From $1,690.00 per person
All departures and prices are subject to availability. Please Contact Us to confirm preferred departure