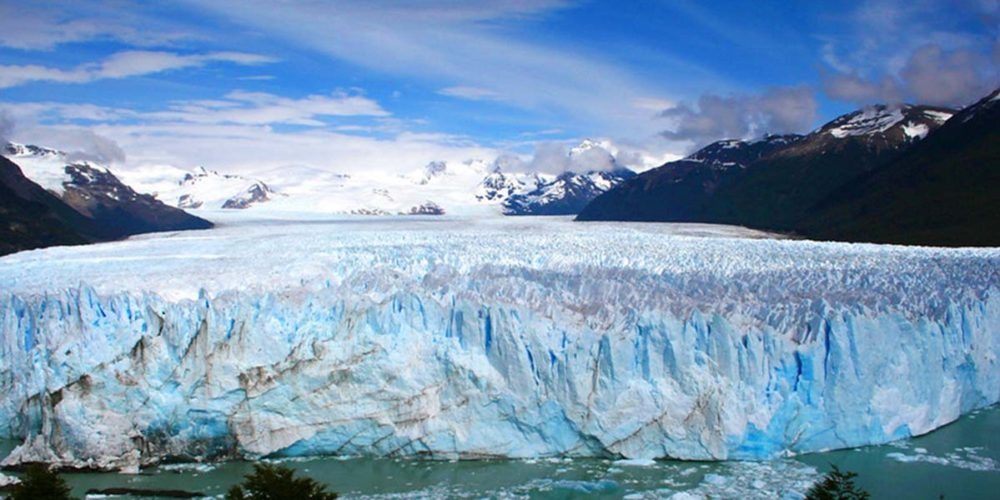 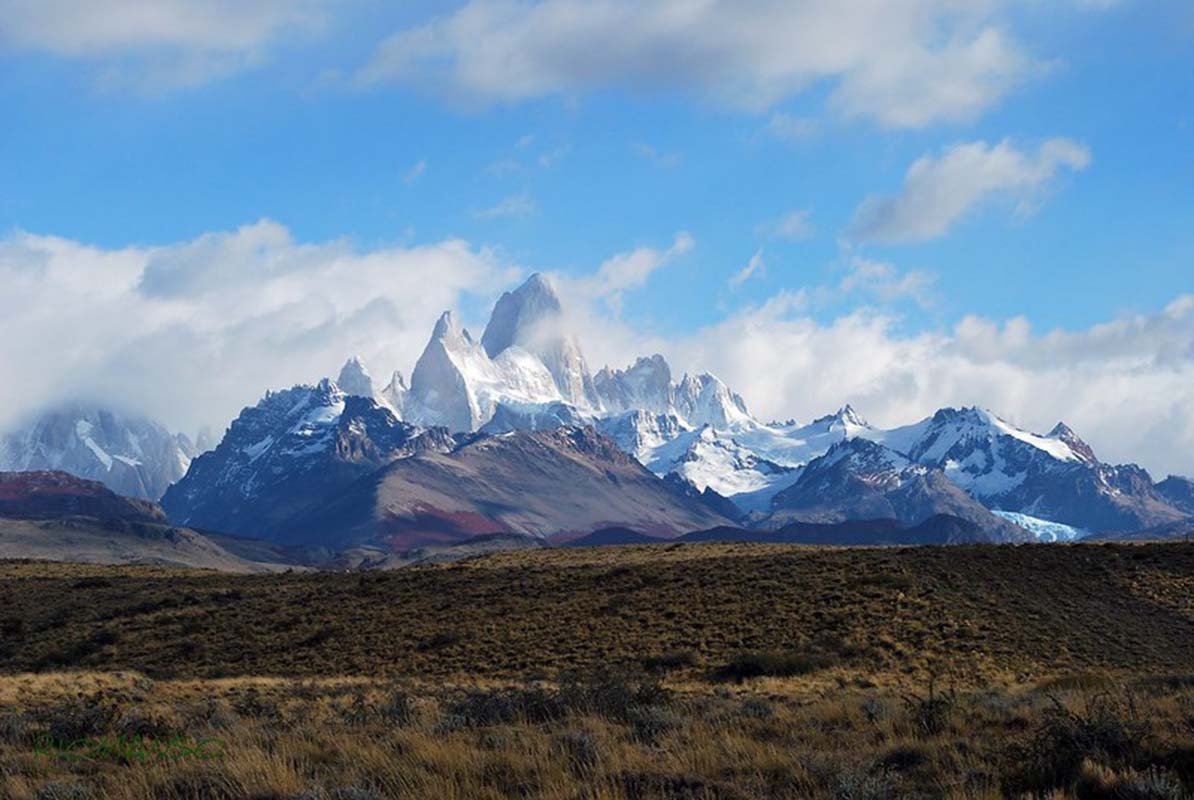 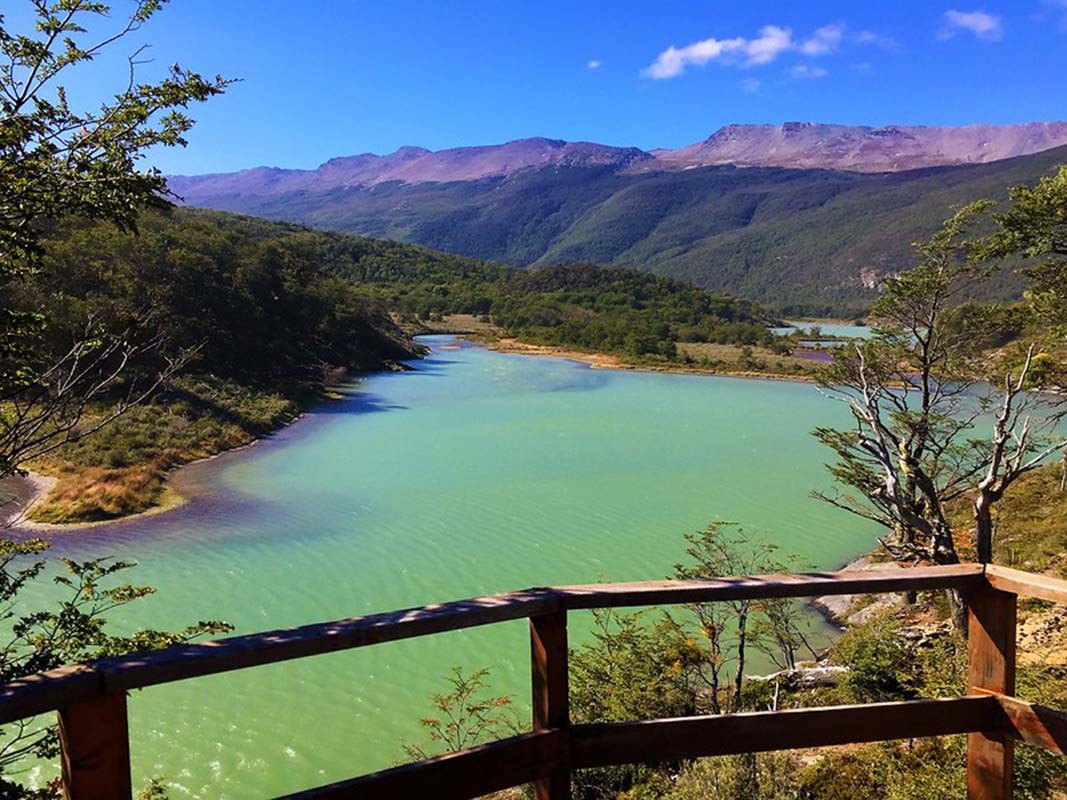 The "End of the World" tour

You will have the opportunity to know the lush wonders and hidden paradises at the "End of the World" route.

The main iteresting attractions in the trip wil be:

Ushuaia, The End of the World
In Yamana language, Ushuaia discovered in 1920;  means "bay penetrating the West". The Yamanas were an aborigine group known as the "Beagle Canoeists" who settled on both margins of the Beagle Channel.

Ushuaia is the capital city of the province of Tierra del Fuego. Its strong ties with the past are evident in its urban layout and its architectonic design. The landscape is as attractive as the city, consequence of an agreement made between Nature and the End of the World: sea, forests, glaciers and mountains in one very same island.

It offers a wide variety of activities, from channel sailing to cruises that reach the Antarctica. Indian groups such as Onas and Yamanas inhabited the region.

Beagle Channel - Ushuaia
The Beagle Channel follows the southern extreme of Tierra del Fuego and is, at the same time, the boundary with Chile.

There's a route that goes into the woods to reach Lake Victoria, also the Les Eclaireurs lighthouse, Mount Olivia - of about 1500 metres -, Gable Island and many seal colonies.

Created in 1960, the park covers 63,000 hectares and protects the Argentinian sub-Antarctic forest, preserving the ecosystem. It houses a vast variety of flora and fauna,  the local birds are the cauquen, The lengas are the typical trees, which can reach a height of 30 metres and have a trunk of 1,5 metres of diameter.

Part of the tour are Bay Ensenada, the Waterfall of Pipo River, the viewpoint, Redonda Island, Lake Roca, Negra Lagoon and Lapataia Bay.

The legendary jail was built in Ushuaia between 1902 and 1920. Until it was finally closed in 1947, the jail servedays a vital point in the development of the city. Many notorious criminals were imprisoned there, like the anarchist Simon Radowitsky, the swindler Juan Dufour -a man who had escaped from la Isla del Diablo (¨The Island of the Devil¨) and others.

The train at the End of the World - Ushuaia

The train at the End of the World, or Austral Fueguino Railroad, is the first ecological train of the world since it reaches and enters a part of the National Park that had been hidden for a long time.

The station is located 3 km away from Usuhaia. The train is made up of steam locomotives and comfortable wagons. The train follows Pipo River and takes 1 hour and 40 minutes to reach its destination point. After a gentle bend the train goes up to reach La Macarena Station. Then it goes on, crossing the old sawmill. When it leaves the river it enters a thick forest.

Originally, the train was used by the prisoners to cut wood and take it from the actual territory of National Park to the city.

Read more
Reception and transfer from Ushuaia Airport to the hotel. We'll spend the morning in the city, visiting the legendary and ancient Jail of Recidivists, that keeps its impressive architecture as well as the tough history of the south of the American Continent. We'll visit the harbour, the Paseo del Centenario (a fantastic panoramic point) and the Bebán house that was bought in Sweden and built in 1911.
Breakfast at the hotel. We'll make for Harberton Farm, the Pinguinera, the Island of Los Pájaros, the Island of Los Lobos, and the Les Eclaireurs lighthouse. We'll watch many species of local birds and seals.

Breakfast at the hotel. We'll take the Train at the End of the World, from the central station to the National Park of Tierra del Fuego.

The Austral Fueguino Railroad is attractive not only because of its elegance and style but also because it evokes the history of the early days of Ushuaia related to the old jail and the train of the convicts.

We'll cross Pipo River to reach our first stop: La Macarena. The second stop will show us the remains of the old sawmill. Then the train leaves the river to get to a beautiful forest.

From that point we'll continue our journey to the National Park of Tierra del Fuego where we'll find the Pipo Falls, Bahía Ensenada, Roca Lake, Negra Lagoon and, finally, Lepataia Bay. Transfer to Ushuaia Airport. Reception and transfer from Calafate Airport to the hotel.

Breakfast at the hotel. We'll visit one of the greatest marvels of the world: the Perito Moreno Glacier, declared World's heritage. Its characteristic is the breaking of its external walls due to the pressure of the water of the river.

We’ll then go to the floating quay of the southern branch of the Argentinian Lake, to navigate across the Ice Floe’s Canal up to the front of the Glaciar Perito Moreno to see it’s typical iceslides.

Day 05 Navegation to Argentine Lake
Breakfast at the hotel. We'll go to Punta Bandera to make for Argentino Lake. First we'll go to the northern part of the lake where we'll see the icebergs floating adrift and then to the Upsala Glacier.

Then we'll go back to Onelli Bay where we'll go ashore. Through a forested path we'll reach one of the most beautiful panoramic points of the tour: the confluence of the Glaciers Onelli, Agassiz and Bolado. On our way back to the hotel we will be able to see the Boca del Diablo.

Breakfast at the hotel. Transfer from Calafate to Chalten (200km). During the afternoon, we’ll sail across the beautiful Desert Lake.

Breakfast at the hotel. We will go to Bahía Túnel Harbour, to sail Lake Viedma. When we get to Cape Horn (Southeast of Campo Ventisqueros) we will turn west to meet the spectacular Viedma Glacier.

Then we will get to the rocky promontory that rises in front of the Glacier, to start a short stroll through caverns of ice. Then we will go to the Glacier to come back sailing on the breaking area. This area has a peculiar blue shade product of the pressure put on the ice when it falls in the waters of Lake Viedma.

Breakfast at the hotel. Free trekking day. This will be a trekking-day. We will go through the path that leads to the base of the Fitz Roy Mount, the Los Tres lagoon.

This will take about 8 hours. It's a steep path that ascends about 1200 metres and goes through the forest, in which we will see the wonderful Lake Capri. If weather conditions are favourable we will be able to see the magnificent view of the Fitz Roy Mount and Torre Hill.

Breakfast at the hotel. Transfer to Calafate Airport.

NOTE: We  reserve the right to alter, change or omit any part of the itinerary and to modify the tour departure and arrival schedules, without advance notice. 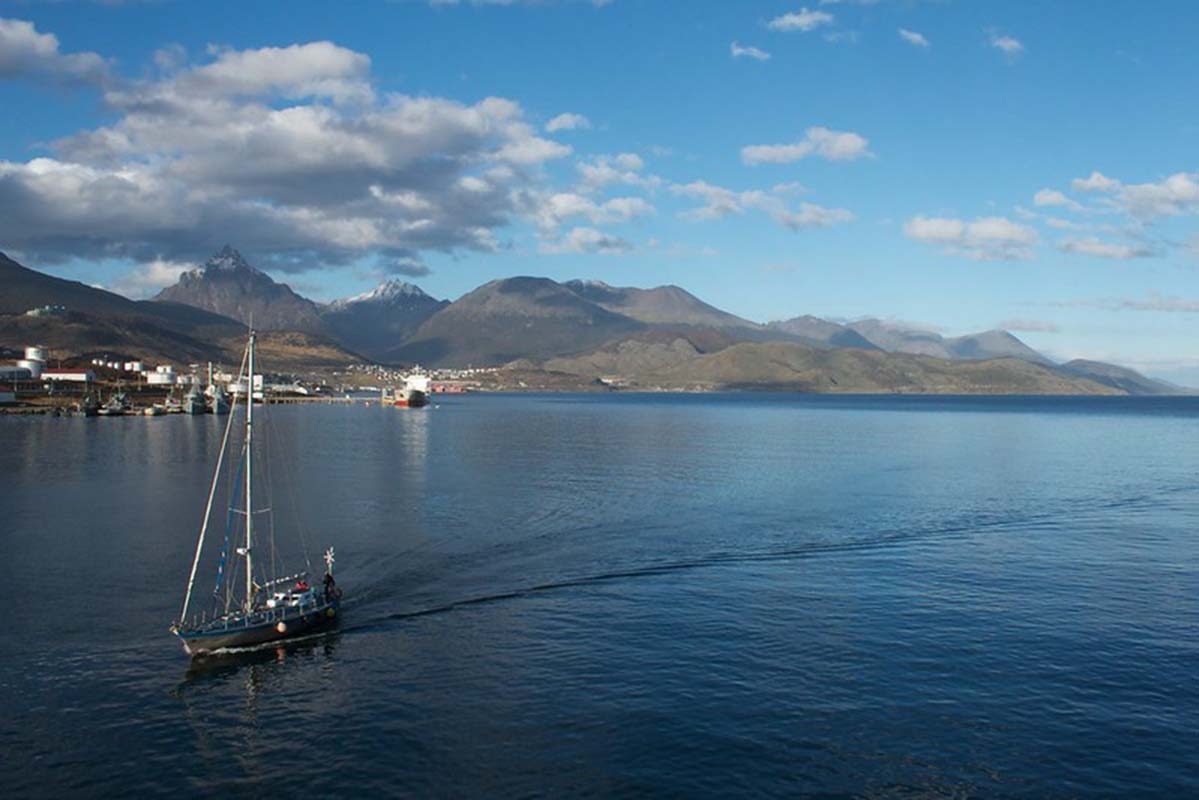