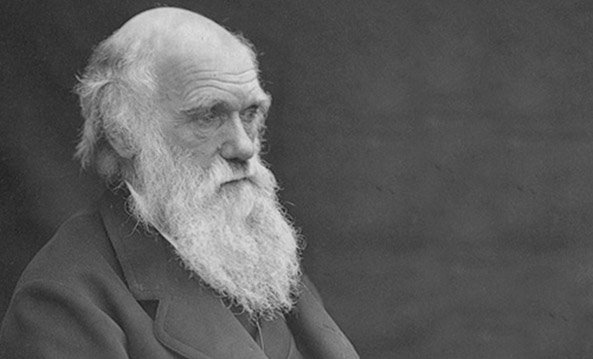 Charles Darwin and his trip to the Galapagos Islands

Charles Darwin, his book “The Origin of Species”, and the theory of evolution will always be associated with the Galapagos Islands. If you’ve been to the islands, then you’ll attest when I say that they’re home to some of the most extraordinary and unique animal species, including, but not limited to rays, sharks, sea lions, fur seals, iguanas, and giant tortoises.

To top off the astounding fauna, Galapagos island’s plants are just as mind-blowing. Throughout the highlands, you will find trees that evolved from daisies and others that are covered in striking lichens and mosses. In the lowlands, on the other hand, you will find lots of cacti plants that have astonishingly adapted to the region’s climate, which is usually cool at night but hotter during the day.

That said, today, we’re going to talk about Charles Darwin’s expedition on the islands and how it contributed to his thoughts that would later result in his book “The Origin of Species.”

Born in the merchant township of Shrewsbury, England on Feb 12, 1809, Darwin was the 4th of six kids. And one of the main things that sparked his interest in science was the fact he came from a long line of scientists. Dr. Erasmus Darwin, his grandfather was a celebrated botanist whereas Dr. Robert W Darwin, his father was a medical doctor.

So after completing his studies at Cambridge’s Christ’s College at the age of 22, Charles Darwin decided to pursue his passion for collecting insects, plants and geological specimens. In 1831, the young man started his 5-year expedition aboard the HMS Beagle after persuading the Captain, Robert FitzRoy, to let him tag along as the ship’s naturalist.

The voyage started on December 27th, 1831 at Plymouth bay and ended on October 2nd, 1836 in Falmouth. The first specimens Darwin collected were plankton and marine invertebrates that he found on the boat. Captain Fitzroy’s mission, on the other hand, was to create accurate maps and charts of the region since new trade relations were being established with South America and the coastline was uncharted at the time. The first destination the boat stopped at was the western side of Africa: Cape Verde’s archipelago to be more specific. Here, Darwin studied the beaches’ formations, but soon after the boat left for Brazil: Where Darwin had the opportunity to admire and collect species in the Amazon Rain Forest.

From Brazil, they left for Bahia Blanca, Argentina, where Darwin explored sea shells and fossils of big extinct mammals. In fact, these are what sparked the young man’s interest in the mutability of species.

The last destination they checked out before reaching the Galapagos Islands was Chile. Here, Darwin saw a powerful earthquake that awarded him the chance to witness the uplifting of the layers. This, coupled with the marine evidence that he came across in the mountainous regions of Peru, led Darwin to better understand that geological uplifting and movements usually result in the formation of coral reefs and sinking of islands. 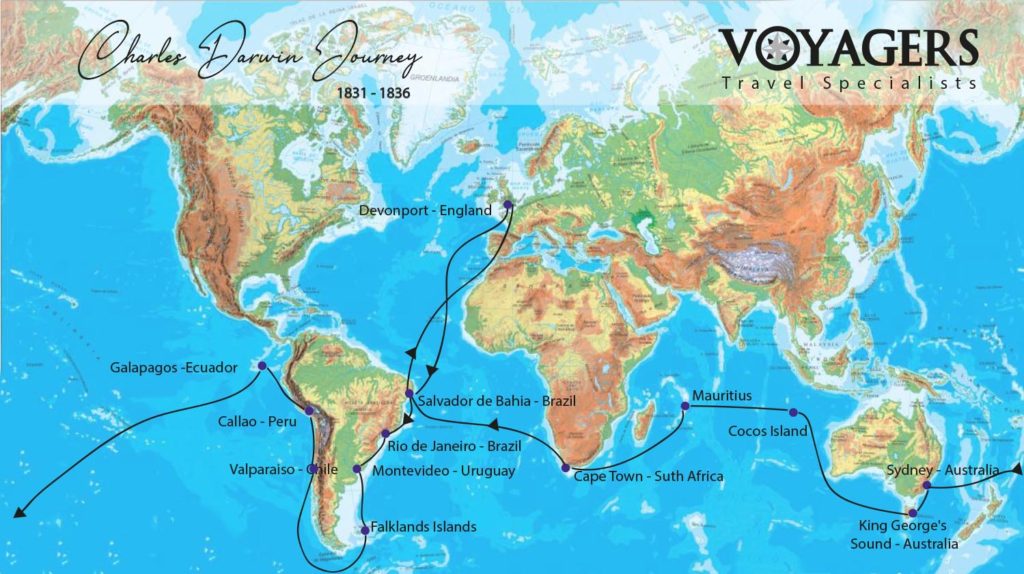 Getting to the Galapagos Islands 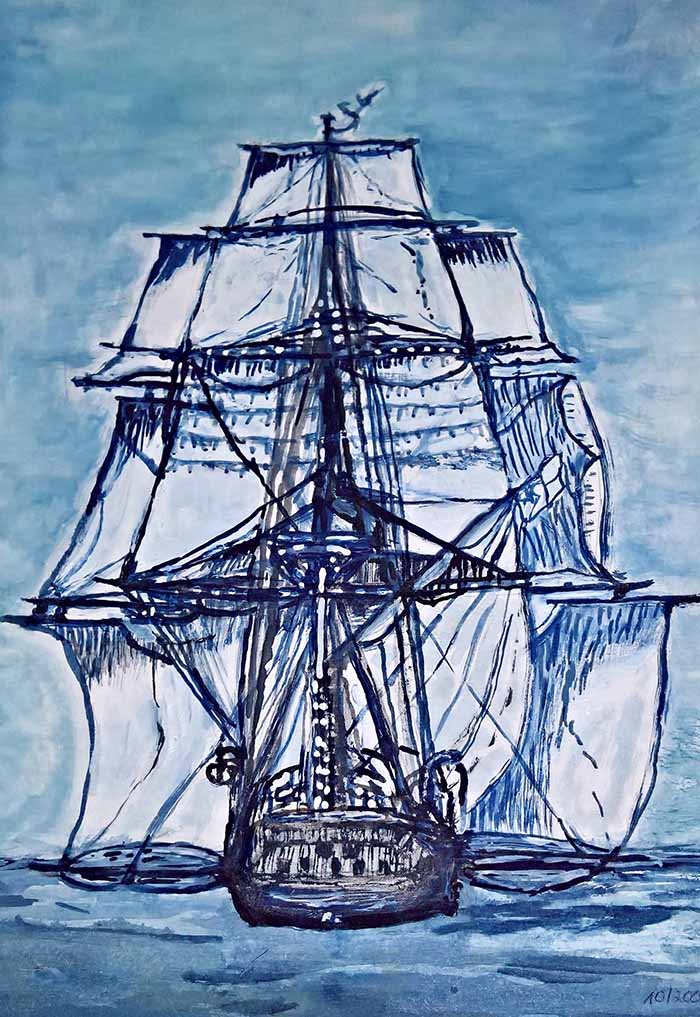 When they got to the Galapagos Islands four years later, Charles Darwin definitely got more than he had bargained for. Remember, Darwin was initially only interested in the island’s volcanoes, but it’s the unique flora and fauna that would leave a lasting impression on him.

After arriving on September 15, 1835, the HMS Beagle and Darwin stayed in Galapagos for two months. And during this period, Darwin had the chance to tour a handful of islands, where he collected multiple Galapagos specimens for research purposes.

Some of the islands he checked out include Santiago, Isabela, Floreana, and San Cristobal.

San Cristobal was the first island he checked out from September 16th, 1835. Here, he carefully studied how the lava flows then went on to theorize about its formation. The second Island he explored aboard the Beagle was Floreana.

At Floreana, Darwin had the opportunity to gather species and collect the second bird that would lead to his important conclusions later on. This bird was the Floreana Mockingbird.

The third island was Isabela, and he went there on September 29th, 1835. In his field book, Darwin described this island as the most uninhabited and volcanically active of all.

The last, but by no means the least island Darwin disembarqued on was Santiago. He went there on October 8th. It was also the island where he spent the most time. At this point he understood that the islands were a bit more special than he had first thought when he arrived, so he explored the entire island accompanied by several crew members who were there to help him carry the specimens he was collecting.

Santiago was the first place he also realized that tortoises from all islands were different and had evolved to different sizes and shapes depending on their surroundings and feeding characteristics.

What’s more, all the specimens he collected across the islands would go on to be the same ones that Darwin would use to illustrate his controversial theory of evolution.

During Darwin’s expedition to the Galapagos aboard the HMS Beagle in the 1830s, he realized that certain animal species (finches for instance) were typically the same from one island to the next, but each one of them had succeeded in adapting to their specific environs in different ways.

One of the features that puzzled Darwin was the bird’s beaks. He noticed that they all had slightly distinct shapes that made each specific bird fitter for survival on its island.

Today, there are 26 species of birds native to the Galapagos Islands and 14 of them make up the cluster known as Darwin’s Finches. This group of birds is also considered one of the fastest evolving vertebrates in the world.

The idea and theory of endemic species was also central to Charles Darwin’s arguments in his book. For those not accustomed to this theory, it explains why certain species can only be found in specific locations around the world and not elsewhere on the planet.

With this theory, he, once again, used the Galapagos Islands to explain and prove his concept. In his book, he wrote:

“This fact might have been expected on my theory for, as already explained, species occasionally arriving after long intervals in a new and isolated district, and having to compete with new associates, will be eminently liable to modification, and will often produce groups of modified descendants”

In simpler terms, Charles Darwin implies that endemic species on the remote islands migrated from different parts of the world but adapted over a very long period of time to become new species, leaving their original characteristics behind.

At least once in your life, ensure you check out the same place that inspired Darwin’s groundbreaking evolution theories, the Galapagos Islands. They lie around 605 miles off Ecuador’s coast and you can easily access them by flying from Guayaquil or Quito on the mainland. What’s even more mind-blowing about these islands is that the wildlife has no natural predators, so none of them are afraid of letting humans get up close and personal.