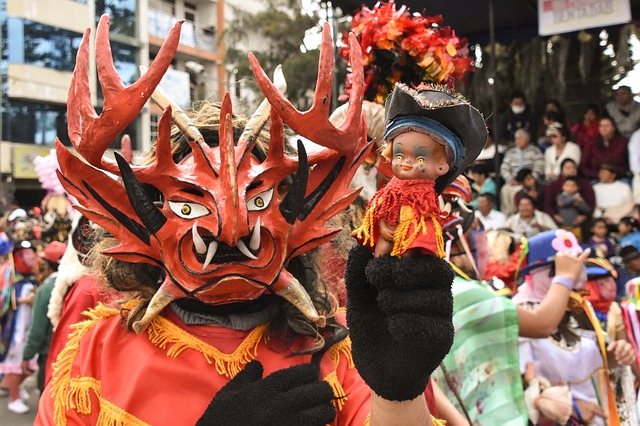 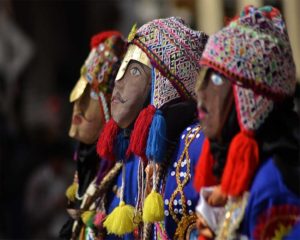 By far the most popular and spectacular Peruvian festivity, the Inti Raymi happens every year on June 24th, in the city of Cusco. It is a celebration of the sun; the word “Inti” meaning Sun and “Raymi”, a party. A tradition that began back in the 1400s, it was forbidden by the Spanish conquistadors. However, it was reinstated in 1944 for its cultural value. Today, it consists of a reenactment of the ceremony made by the incas in honor of the sun god, with hundreds of performers in colorful and historic costumes. The Inti Raymi takes place throughout the day, and begins in the Coricancha Temple, where the Inca, the sovereign in the times of this ancient empire, makes his main appearance. Then, the celebration moves onto the main square and ends at Sacsayhuaman, where the final presentation is made at this majestic location. Tourists and visitors can attend and watch all three stages of the Inti Raymi for a small fee, and it is highly suggested to be there as early as possible to secure seats. 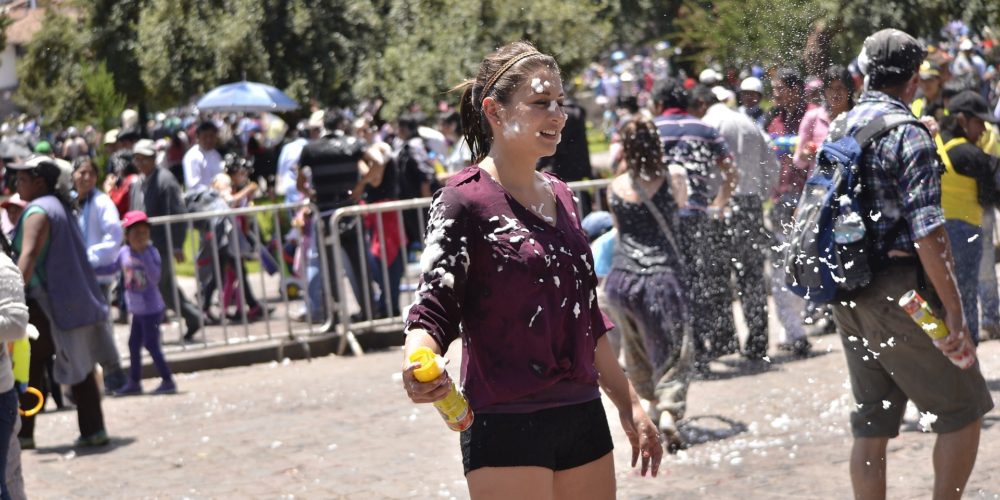 Carnival season in Cajamarca is a picturesque celebration full of dancing and music. Beginning the first days of March, the entire city is decorated and set up for a full-on bash that goes on throughout the month. A quick disclaimer for tourists: this whimsical celebration also includes water games, so be on the lookout for water filled balloons headed your way! Everyone in the city is regarded as a participant, so be wary of other people’s energy levels while you are out. Highlights include the Queen of the Carnival contest, and the festival of bands, and the appearance and wake of the Ño Carnavalón, a large, big-headed doll who represents the leader of the festivity. 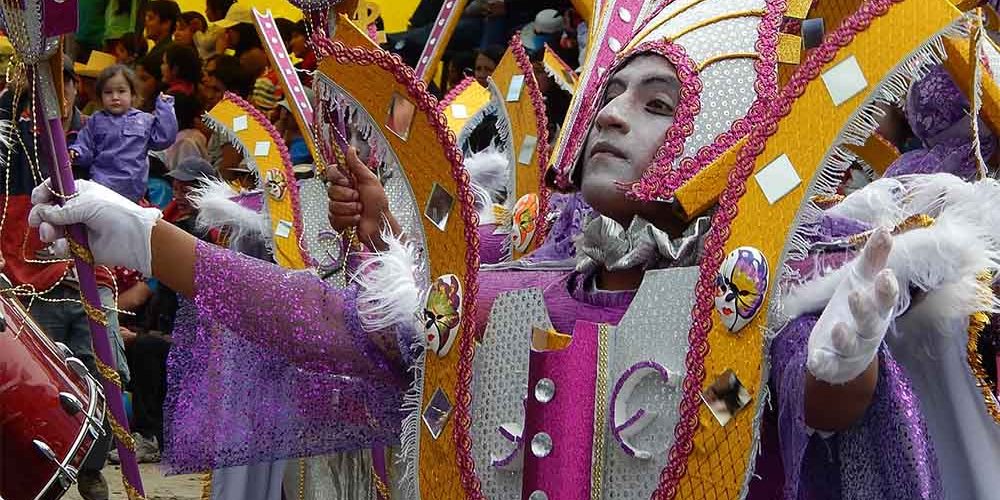 Spanish heritage is very present in Peruvian culture, with the most clear evidence being the Catholic faith, which retains a strong influence over both the country’s history and everyday life, and the festivities that come with it. When the conquistadors arrived and colonised the lands, they mixed in some elements of the local faith, in order for the Catholic religion to be more easily accepted by the natives. Centuries later, this manifests as multiple and varied celebrations of different patron saints or Virgins, depending on location. Here are a few notable examples. 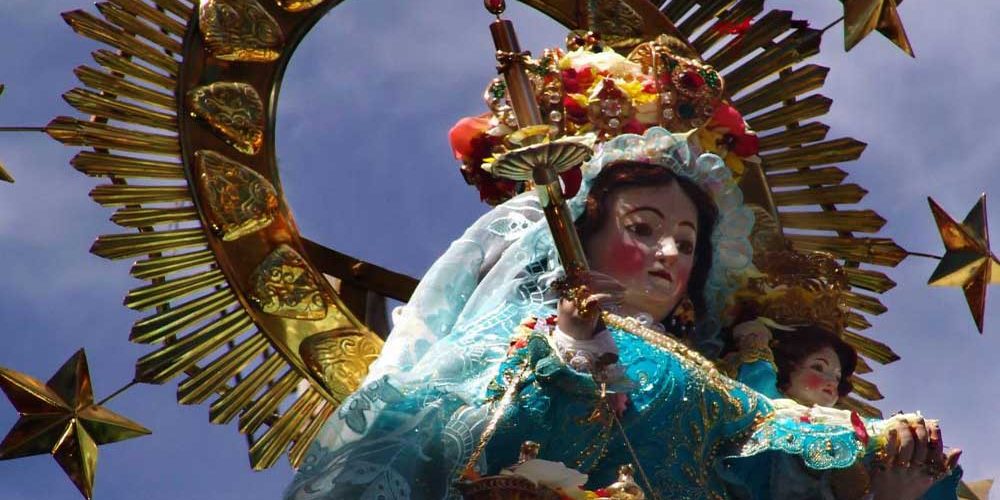 From January 25th until February 8th, the city of Puno, in the south of Peru, celebrates the Lady of the Candelaria. She has been worshipped by the locals for centuries, as a protector of the region, and so they take this festivity as a chance to show gratitude and honor her every year. The image of the Lady of the Candelaria is taken out in procession, and different groups of dancers and bands who spend the entire year rehearsing perform in competition throughout the three weeks of celebration. The costumes and accessories worn by dancers are a sight to behold, and the mixture of Andean traditions with the Catholic religion make this festivity a celebration of past and present Peruvian culture at its best. 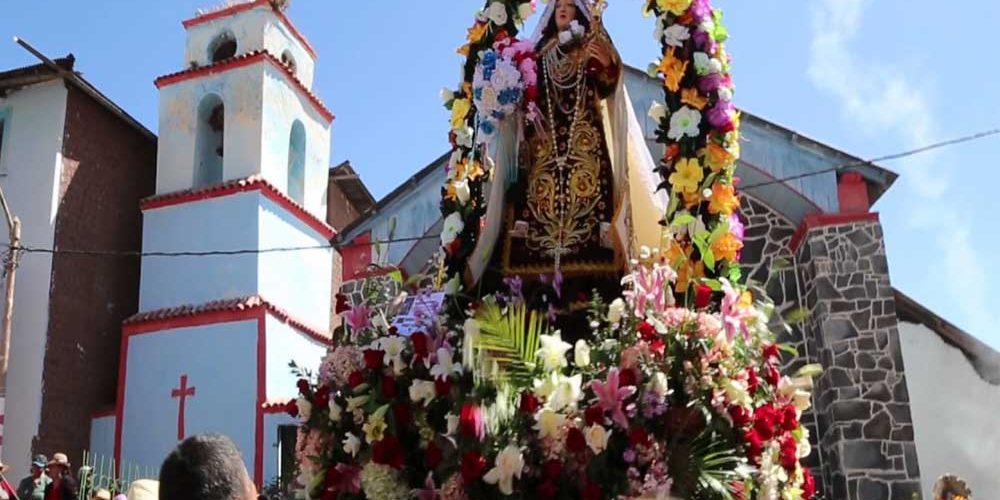 Paucartambo is a small town in Cusco that would remain unknown to many tourists if it weren’t for the festivity of the Lady of El Carmen in July. The entire town comes together after planning the celebration for an entire year; between the organizers, the bands, dancers, performers of all ages, costume makers and mask artisans, etc. These roles are usually passed on from generation to generation, and some performers start from an early age. The entire celebration lasts four days (and nights!), and it is more common than not for most locals to not even see their beds for the duration of the event. The days begin in church, with a traditional Catholic mass in Spanish and Quechua, the Incan language, followed by dance numbers in specific points of the town or processions along the streets. Certainly the four hour drive to reach the city is worthwhile once celebrations begin, and the warm, welcoming people of Paucartambo are more than happy to receive tourists for their highlight event of the year. 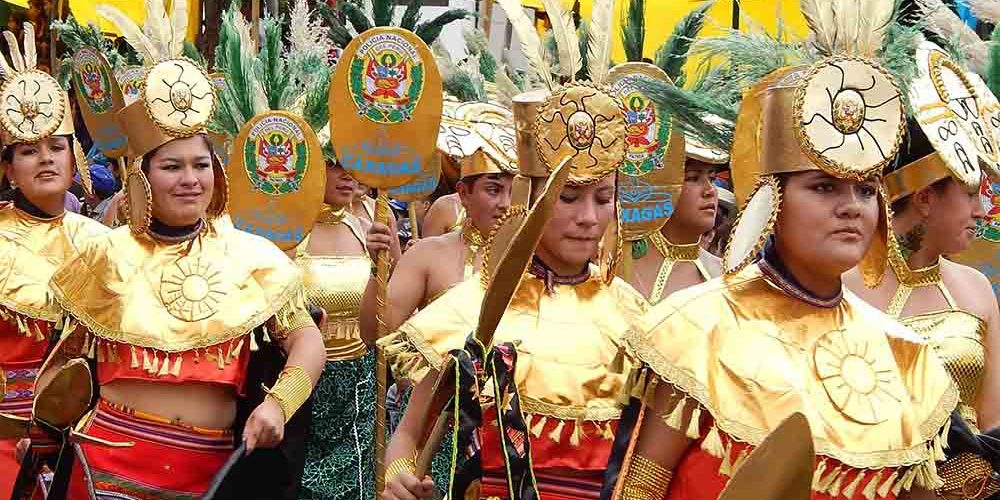 The Fiesta de San Juan (or the Festivity of Saint John), is the biggest religious celebration in the Amazon region. It may seem like a daunting task for it to hold its own against the Inti Raymi, seeing as they both fall on June 24th, but we can assure you it does not pale in comparison. The Fiesta de San Juan is charismatic, energetic and lively, just like the locals. Its origin comes from Saint John the Baptist, a character in the Bible who was in charge of baptizing Christ. People from the Amazon region are very connected to water because of its geographical location, so this festivity is extremely important and relatable to them. Celebrations begin the 23rd, where people bathe in the riverbanks as part of a purification process, and the 24th starts off with a mass, followed by processions and dance. Make sure to try out the famous Juane, a typical dish in the Amazon, made with rice, eggs and olives, wrapped around in plantain leaves.