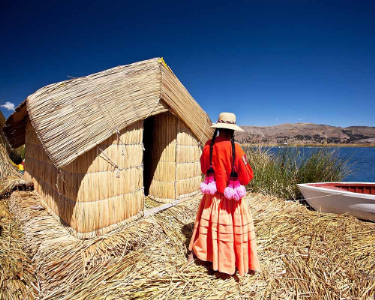 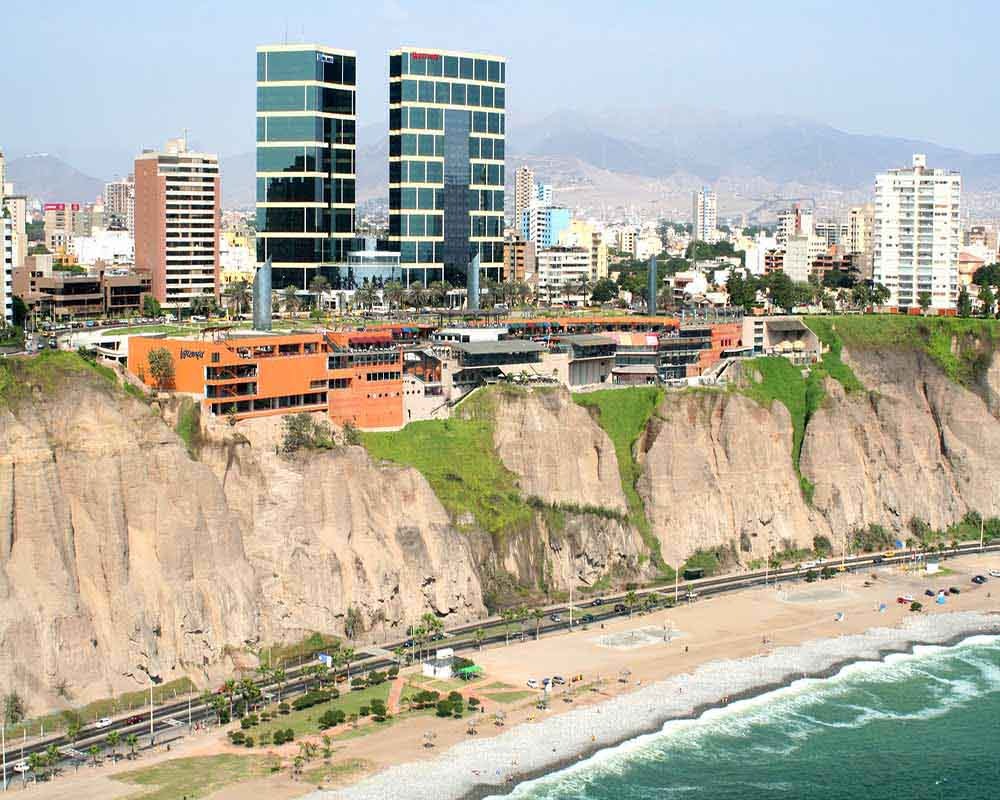 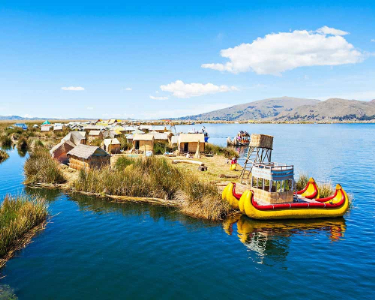 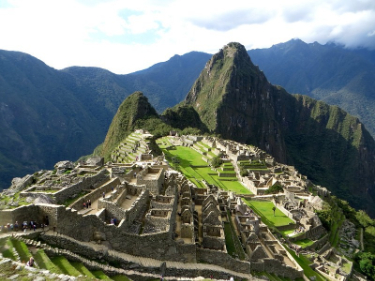 Activity Level: Moderate
During the 7days Peru Voyage you get the chance to visit the mystical Machu Picchu ruins. You discover the Inca Empire city Cusco and the floating reed islands on Lake Titicaca. Three highlights of Peru that you can´t miss!

Peru does not have one climate. Because Peru is close to the equator, the seasons are hardly effected by changes in the state of the sun. However there can be observed some differences between the months November to April and April to November. Due to the very diverse landscape that Peru has, there are several distinct climate zones. The climate depends on the geographical location, altitude and sea currents, so we can divid Peru in three climatic zones:

Cusco is a city in southeastern Peru near the Urubamba Valley of the Andes mountain range. In 1983 the historical capital of the Inca Empire was declared World Heritage Site. Today the city is a jumping-off point for the Inca Trail and famous Inca Site Machu Picchu. Cusco got his name in a very special way; legend tells that in the 12th century, the sun god Inti looked down on the earth and decided that people need organizing, so he created the first Inca, Manco Capac, and his sister-wife, Mama Ocllo. They came to life on Isla del Sol (Sun Island), way over in Lake Titicaca, with a long walk ahead of them. Inti gave Manco Capac a golden rod and told him to settle the spot where he could plug it into the ground until it dissapeard; this would be the navel of the earth, Qosq´o in the Quechua language, Cusco.

The Sacred Valley of the Incas or the Urubamba Valley is a Valley in the Andes of Peru, close to the Inca capital of Cusco and the ancient city of Machu Picchu. The valley was formed by the Urubamba River. The star attractions are the lofty Inca citadels of Pisac and Ollantaytambo. Pisac is known for its craft market, by far the biggest one in the region. You can visit the market daily but official market days are on Tuesday, Thursday and Sunday. Ollantaytambo is an archeological site and dominated by two Inca ruins.

Puno is located on the shores of Lake Titicaca and the mountains surrounding the city. The city is known as a jumping-off point for Lake Titicaca Tours. Puno is Peru´s folkloric capital due to its wealth of artistic and cultural expression, particularly dance.

Lake Titicaca is a lake on the border of Peru and Bolivia and also the largest lake of South America. It is notable for a population of people, who are living on the 42 self fashioned floating islands called Uros. These islands are definitely worth visiting as well as the Island Taquile. 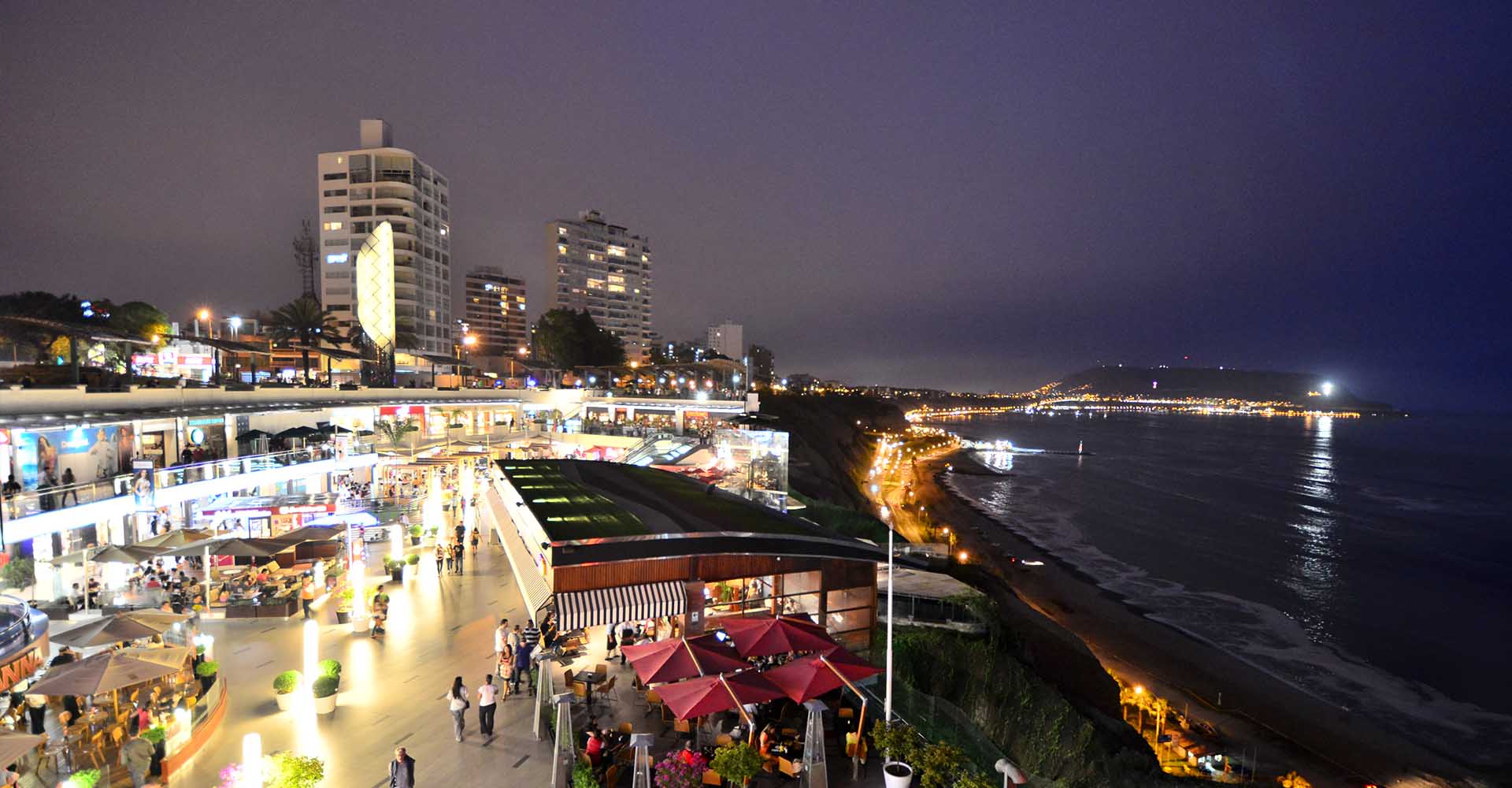 On your arrival you will be able to go by your own to your beautiful hotel because it is located within the airport. 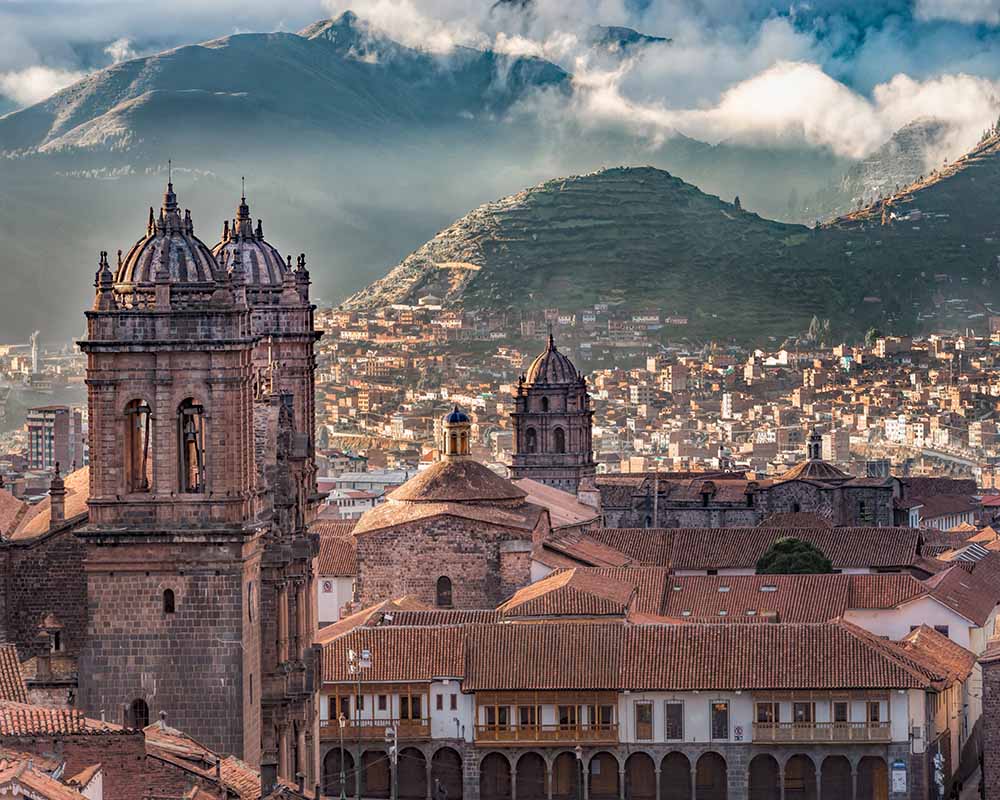 Today you have to go by your own to the airline counter in order to take your flight to Cusco, where your private transportation will be waiting for you and will transfer you to your hotel. In the afternoon you will enjoy a half-day tour of the city including Tambomachay, an ancient Inca religious site built on a hill around a spring, and the remains of Qenqo, a labyrinth of staircases and channels carved into a rocky hilltop, with a sacrificial altar. Continue on to the formidable Inca fortress of Sacsayhuaman, with its wonderful panoramic view of Cusco. Marvel at the impressive Inca masonry, not least the monumental zig-zag stone walls slotted together like a giant jigsaw puzzle. Finally visit the Cathedral on the Plaza Armas and the Koricancha complex, a Dominican church and convent built on the foundations of the Incas´principal religious building, dedicated to the worship of the sun.

Today you will enjoy a full day tour of the Sacred Valley. The Sacred Valley of the Incas is a magical place as it name suggests; a winding trail of lush, green slopes lining the Urubamba River. Discover everything from colorful markets to fascinating architectural remains. Travel to Pisac, a lofty Andean Village with its native market. On your way to Pisac, you will stop at the Awana Kancha centre, where all four Peruvian camelids – llamas, alpacas, guanacos and vicunas – laze in the fields. Weavers from southern Peru exhibit textiles that are spun, dyed and woven using traditional natural products and techniques. This fascinating place also has a shop where you can buy top quality crafts. You arrive in the town of Pisac, renowned for its huge, colorful market. Local Indians have gathered here for centuries to sell their merchandise. The daily handicraft section is famous for ceramic jewellery, textiles and other Peruvian artifacts. You then drive up to explore the extensive ruins of Pisac with stunning views over the valley. Here we observe temples, residences, altars, channels and caves. This afternoon we continue to the town of Ollantaytambo, one of the oldest continuously occupied settlements in the Americas. Climb the steep stones steps up to the imposing fortress at the top of the mountain for breathtaking views down the valley, and admire the huge monoliths that form the Temple of the Sun. Finally you will be taken to the train station. On your arrival in Aguas Calientes your guide will meet you and will give you some details for the tour of the next day.

After breakfast your guide will meet you at your hotel and will go with you to the Machu Picchu. Our guide will give you a guided tour of approximately 2 hours and 30 minutes, visiting the Inca Terraces, The Agricultural Sector and Urban Sector. Then you will be able to have plenty of time to explore this mysterious city by yourself.

In the afternoon, you will take the bus down to Aguas Calientes in order to catch the train back to Cusco. When you arrive in Ollantaytambo´s or Cusco´s train station we will pick you up and take you to your hotel. 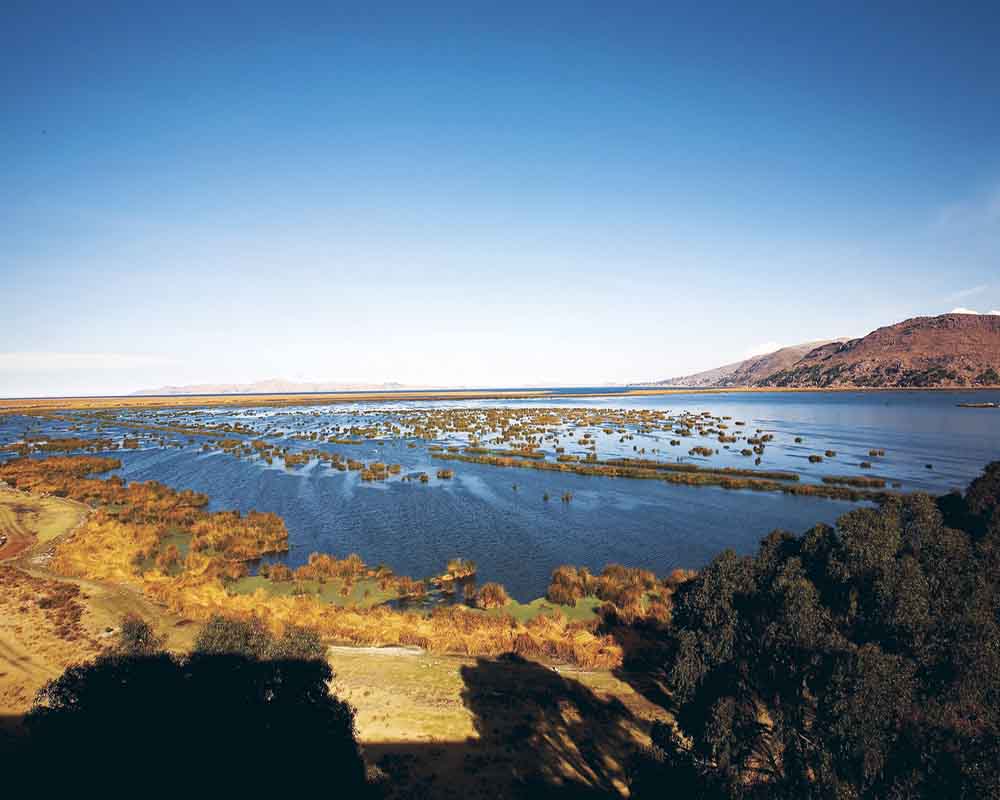 Early in the morning you will be picked up and will be transferred to Puno bus station to take the tourist bus to Cusco. The journey will take about 10 hours and includes and English speaking guide, entry tickets to attractions on the road and a buffet lunch. You will pass Andahuaylillas (Sistine´s Chapel of South America), La Raya (highest point with 4800 masl), Raqchi (ancient Inca temple) and Pukara (museum) and will arrive to Cusco in the late afternoon. When you arrive on Puno you will be taken to your hotel. 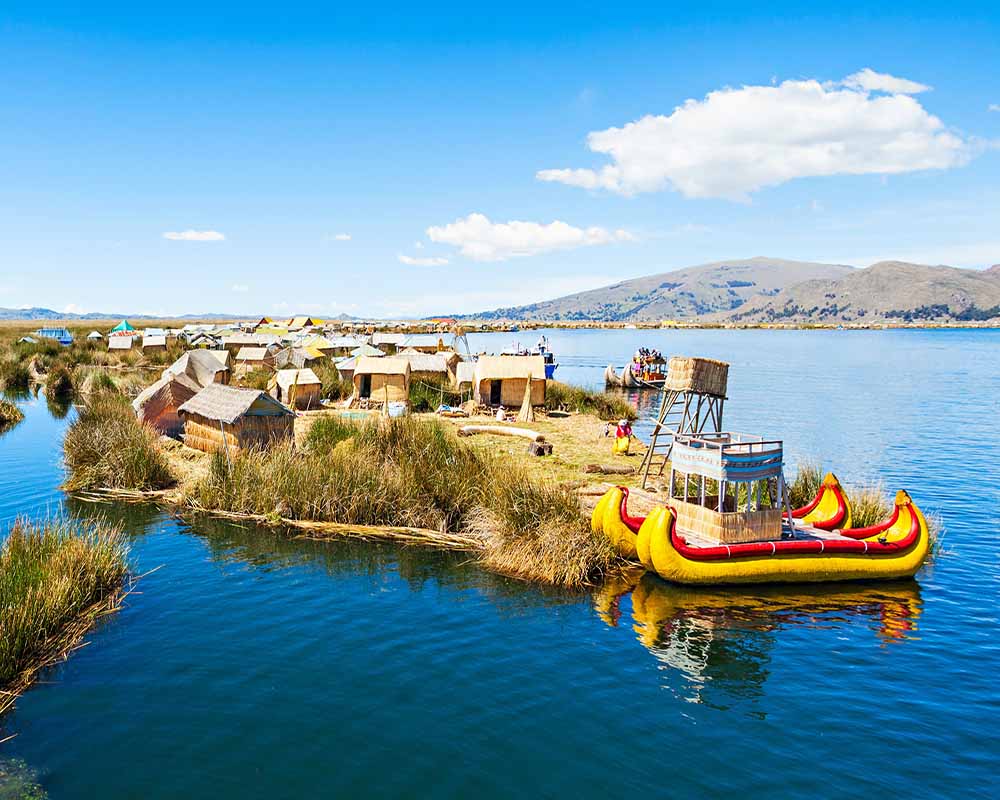 In the morning you will be picked up at your hotel and will be transported to the port where you take a boat and go to the Islands of the Uros. During the visit of the floating reed islands you will learn about the traditional way of living of the Uros culture and get to know how the islands are built. You algo get the unique opportunity to take a ride in one of the famous ¨totora-boats¨. Afterwards you will go to Taquile Island where you have lunch. The Island is famous for its ¨knitting¨ men. Enjoy the spectacular view over Lake Titicaca before your return to Puno in the afternoon. 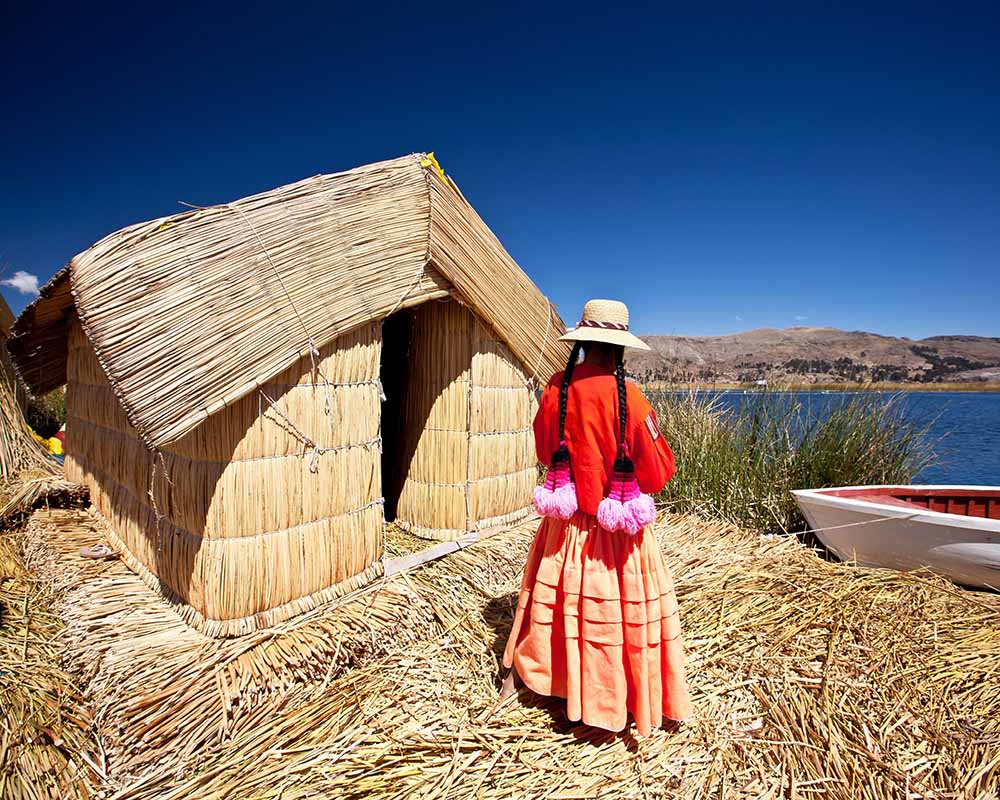 At the accorded time you will be picked up at your hotel for your transfer to Juliaca Airport. On the way you will visit local families and can learn about their way of living, their costums and traditions. Afterwards you continue to the pre-Incan burial ground of Sillustani, located next to Lake Umayo. The tombs are built like towers above ground (chullpas) and date back to the Colla culture. You will also enjoy a nice lunch with a local family. Finishing the tour you will head to the airport in order to take your flight. 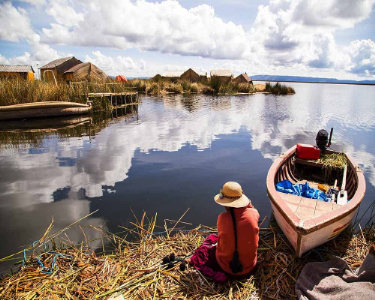