Ecuador is a small nation situated in South America. But do not let its size fool you, because the nation has a lot to offer, thanks to its location.

If you are a fan of the seashores, you have the coast, which is packed with mesmerizing beaches. And if you are more into mountains, you’ll be presented with the Andes and other lots of volcanoes to explore.

If the jungle is your thing, Ecuador has also got you covered. When you get to the nation, feel free to explore the Amazonian region where you’ll see thousands of different bird species.

And finally, you have the attraction that everyone falls in love with: the Galapagos Islands. These islands are situated in the Pacific Ocean, and boast a huge diversity in wildlife. Better yet, the wildlife on these islands is not afraid of humans, because, for hundreds of years, they evolved without interference from us. Here is a sample 5 day Galapagos cruise itinerary.

Ecuador is the only nation where you can experience everything the entire South America has to offer in one nation. Here, you can see a list of eight places in Ecuador you should visit at least once in your lifetime. 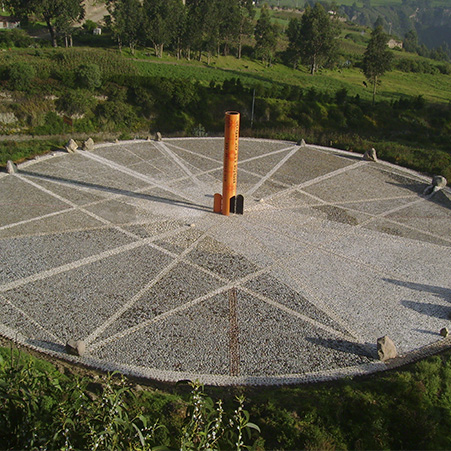 You probably already knew that Ecuador derived its name from the Equator; because it (the equator) passes through the nation. While in the nation, I took a chance and visited another attraction that is famous among travelers: The Quitsato Monument.

This monument is a huge sundial located close to Cayambe, helping it derive from the Inca culture. The monument is also situated exactly at the equator and you’ll be able to sightsee the Cayambe Volcano from there.

Better yet, you won’t pay any entrance fee at the site since it’s a nonprofit project. However, if you want to, you can hire a seasoned guide for just ten dollars. 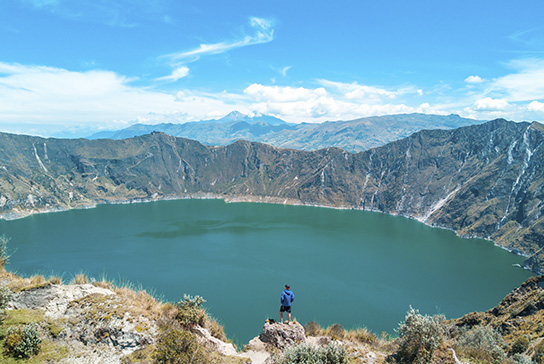 Among the most stunning vistas you will come across in the nation will, without doubt, be the edge of the Quilotoa Crater. Theoretically considered a caldera, the Quilotoa Crater was created around a thousand years ago, after the collapse of a volcano that was situated at the same place.

The crater’s water is a dazzling turquoise shade because of the dissolved mineral deposits in the lake. On clear days, you can see the vastness of the entire Andes Mountain Range in the background. It is undoubtedly a sight to behold. 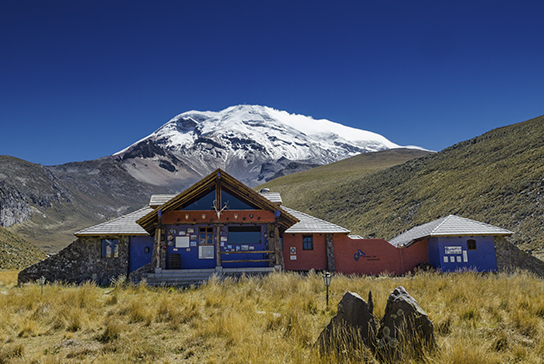 Adventurous sightseers and seasoned mountain climbers flock to Mount Chimborazo throughout the year to witness its hypnotic, snowcapped vistas. The Mountain’s peak was once regarded as the highest Mountain in the world before getting surpassed by the Himalayans, but it still represents the highest point from the earth’s center, thanks to a geological bulge.

That said, hiking to the peak is a task set aside for seasoned climbers only, and note that correct clothing, plenty of rest, and sufficient supplies are all essential. 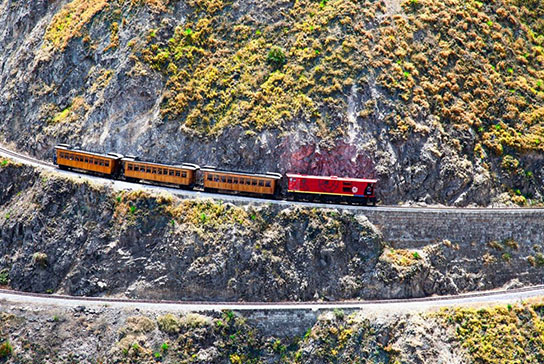 Alausi is a small village situated in the Andean highlands of Ecuador. It is also the closest station to the famous train ride: Nariz Del Diablo. Even though most of the tourist attraction in Alausi is centered around the Devil’s Nose Train, the village itself (although not big) is quite charming and worth a visit.

While at the village, you can also visit the big statue of Saint Peter located on top of the hill nearby. The view of the village from this statue is also enthralling. 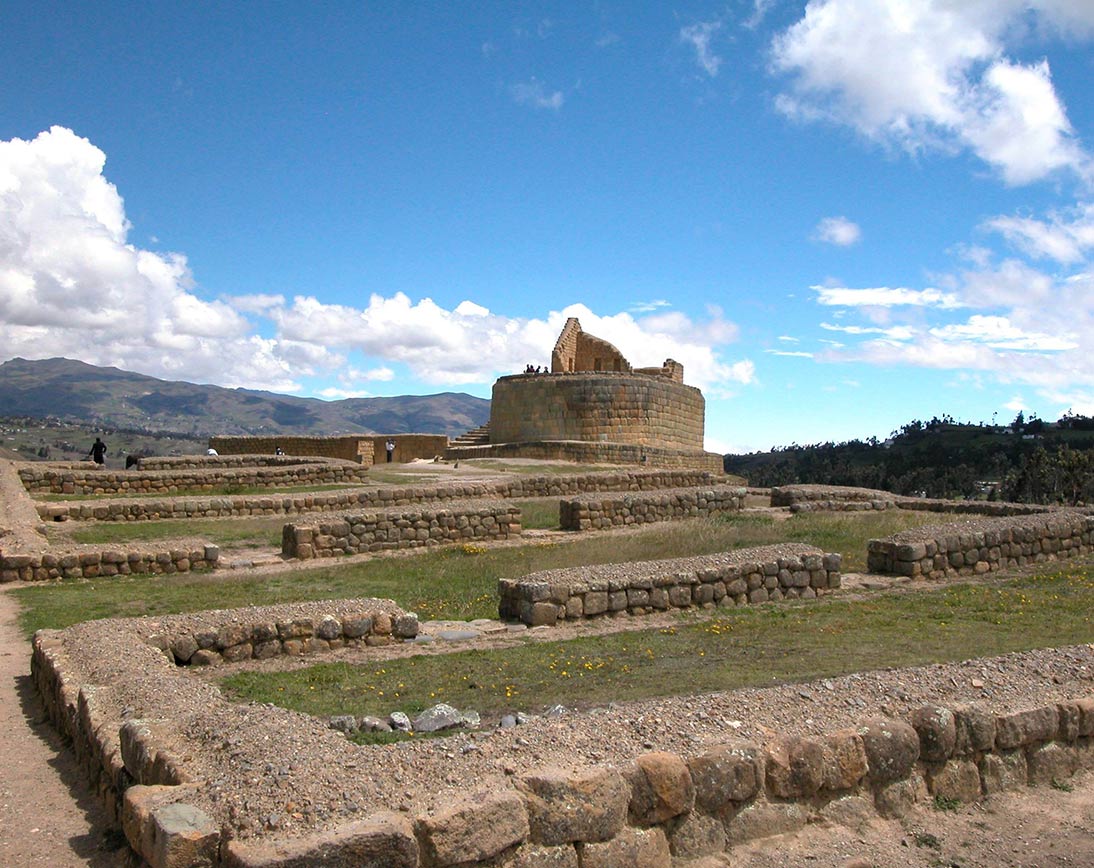 Close to Cuenca (which I will point out next), you can visit the most important Inca site in the nation. The entire Ingapirca is a sanctuary and a bastion at the same time – and its structures are very similar to the ones you’ll find in Peru.

The walls and architecture are very similar to the ones found in Cusco. 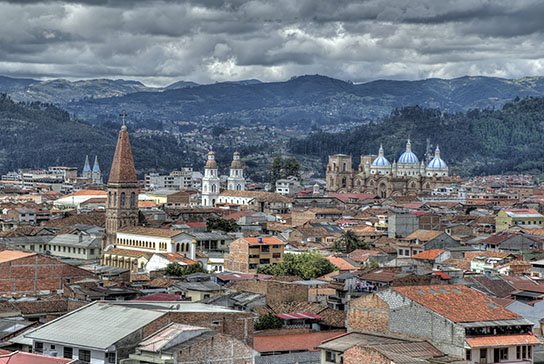 Cuenca is the nation’s third largest city and also a top travel destination in Ecuador. The locals refer to the city as the most “European City” in the country. The city has a Spanish colonial architecture that awards it a Spanish resemblance.

Its historical architecture is also the main reason it was made a UNESCO world heritage in the first place. If you’re looking to explore some nature, visit the Cajas national park; which is situated near the city and is also home to lots of alpacas and llamas. You’ll also see a lake system of more than two hundred glacial lakes. Check this tour and discover more about Cuenca and its surroundings. 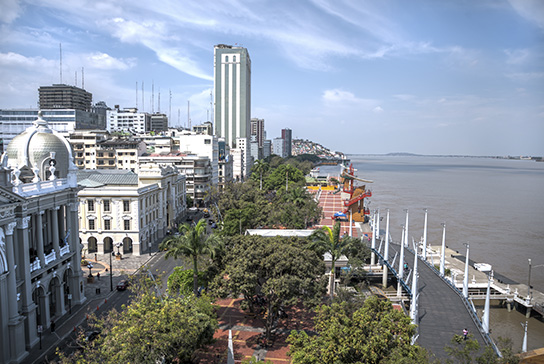 Guayaquil is not only the biggest city in Ecuador, but it is also the city where a vast majority of international firms go to close business deals. The new Malecon 2000 in the city has become a main attraction for tourists and residents alike.

Families sit and stroll the gardens as they enjoy a slight breeze while sipping on cool drinks. Tourists, on the other hand, flock to the location to take pictures with the statues of San Martin and Simon Bolivar or with the magnanimous Guayaquil Sign. 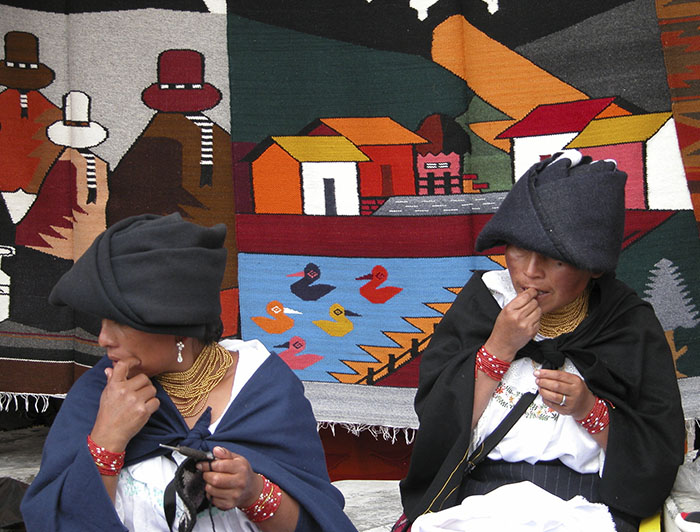 This list would be incomplete if I did not mention Otavalo. This city is located approximately two hours north of the capital city (Quito) and is also surrounded by 3 beautiful, volcanic mountains.

That alone is sufficient reason to ensure you pay the city a visit; but if you need more, here is another. The largest indigenous markets for clothes in South America takes place in Otavalo city every Saturday. Yes, you read that right! “In the whole of South America.”

If you visit during the market, do not forget to bargain. The vendors tend to overprice items, but if you’re good at bargaining, you should strike the best deals.

Having said that, if you would like to avoid the crowds, you can also visit the market on a weekday. But note that the market is usually smaller during the week and does not spread over the entire city center. While there, I learned that a trip to the Otavalo Market is best connected with a visit to the Cuicocha Lake

Check out some tours to Ecuador that visit these places or contact one of our travel experts to build a tailor-made package that fits your needs.

Last posts
The Ultimate Galapagos Travel Guide for 2022
The south of Ecuador dresses in yellow with the flowering of Guayacanes.
Five best dishes of Manabi's gastronomy
Consious Travel with Kontiki Expeditions
Related posts

Five reasons why Quito should be your next travel destination 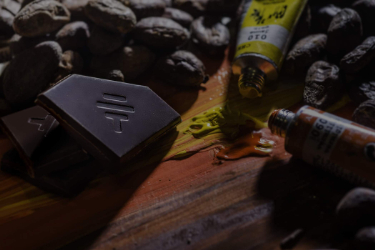