One of the Galapagos Endemic Giant Tortoise specie that was believed to be extinct a century ago, was incredibly found during a scientific expedition in Fernandina Islands (Western Archipelago) leaded by the Galapagos National Park in collaboration with Galapagos Conservancy Foundation.

The specie found is a female part of family “Chelonoidis Phantasticus”, and its considered as one of the 15 endemic species of Giant Tortoises that inhabit the Galapagos Archipelago; authorities believe that there could be more of her kind in Fernandina as researches found tracks and droppings in other areas of the Island. This encourages the idea of finding a male specimen, and if this takes place, the National Park intention is to immediately begin the supervised breeding process in captivity on one of the Archipelago’s dedicated Centers to increase the population.

Fernandina Island is located in the Western side of the Archipelago of Galapagos with an area of 638 square kilometers. To learn more about this amazing Island and its rich natural biodiversity, visist the Isla Fernandina page.

The majestic Island is only reachable by authorized and licensed sailing cruises that offer 6, 8 or more days and our favorite and most recommended cruises that include this must-see destination in Galapagos are: Ocean Spray, Cormorant, Endemic, or Sea Star Journey., To check more Galapagos Cruises, click here 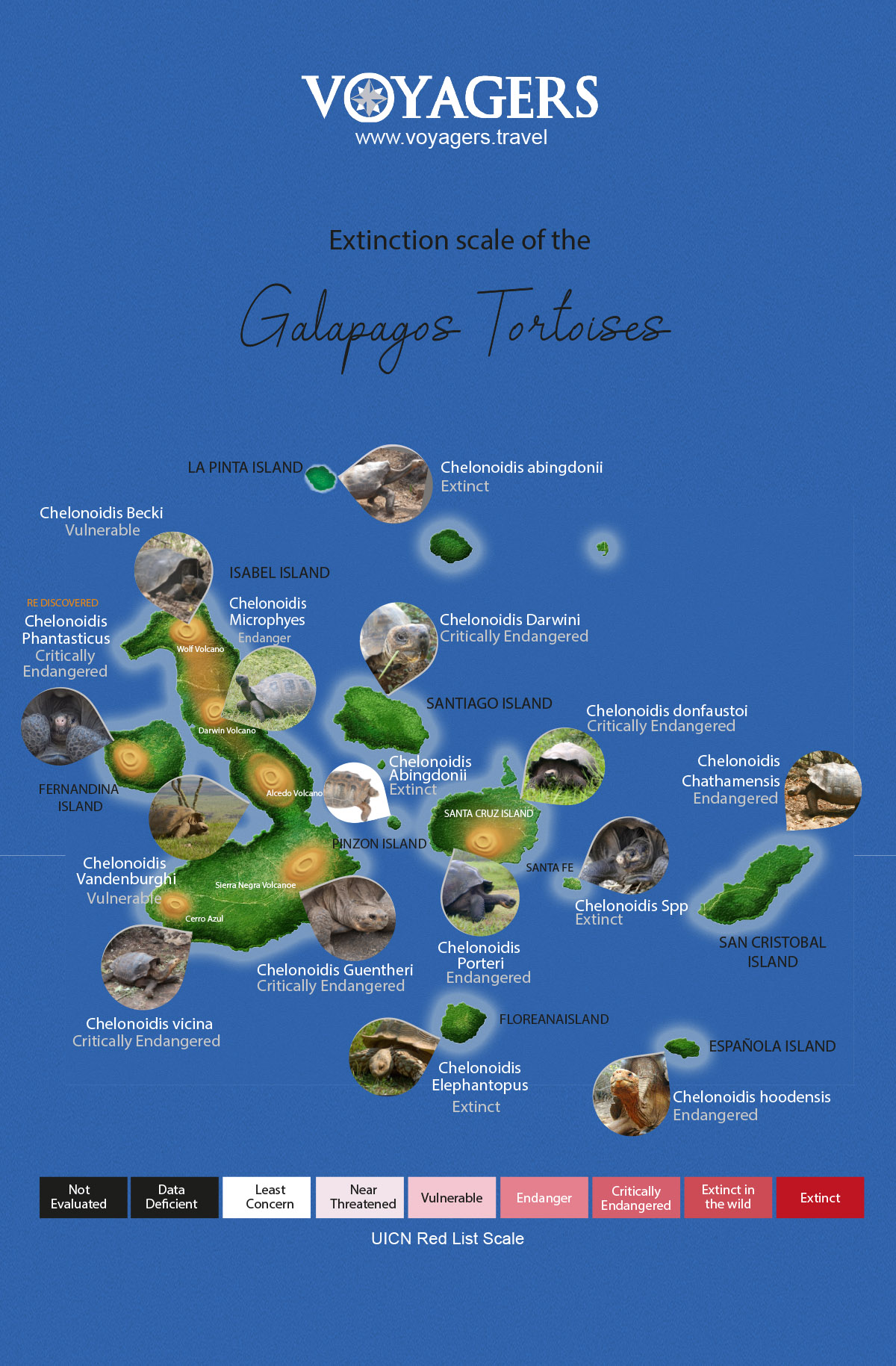 Last posts
Guayaquil - is it worth visiting?
Hiking El Circuito Chico near Bariloche
Detailed visitor guide of the Punta Espinoza trail on Fernandina Island
A travelers guide to Mindo - not only birds and butterflies!
Hiking Guide to Cerro Llao Llao, Bariloche
A complete hiking guide to the Quilotoa Lake Trail
Bariloche to Chile Andean Lake Crossing: How do you do it?
Beagle Channel
Skiing at the end of the World - Cerro Castor
Tierra del Fuego National Park
Tags
GalapagosNature Encounters
What is your next adventure?
Ecuador
Galapagos
Peru
Patagonia
Antarctica