How does a Galapagos tortoise bone turn up in downtown San Francisco? Earlier this year scientist Cyler Conrad (Los Alamos National Laboratory) found himself puzzled over a couple of animal bones picked up from an archeological site dating to the Gold Rush period. Any animal within reason could have been the owner of the handful of bones, but not even Conrad could have imaged that they belonged to the giant of the Galapagos Islands.

What is the likelihood that a giant tortoise could have found its way to San Francisco? Baffled by the sheer incongruity that a Galapagos tortoise could have ended up 3000 miles from its home and at a refuse deposit from the 19th century was enough motivation for Conrad to find a fellow researcher that shared his bewilderment and urgency for answers. Together with Laura Pagès (Bosque Ecosystem Monitoring Program) they scanned historical archives, maritime journals, and archeological assemblages until answers began to turn up.

All sorts of seafarers including merchants, whalers, and pirates were faced with a lack of fresh meat during their long voyages. That is, until passing by the Galapagos Islands they noticed the potential of the giant tortoise for their sea struggle. Because the Galapagos tortoise evolved to survive without food or water for up to a year the clever seafarers took them on board and on to their distant destinations. Around the 1850s, according to some historic documents discovered by Conrad and Pagès, the tortoises were carried from the Galapagos by migrants moving to towns, cities, and mining camps in northern California. Here again, the tortoises provided food for the hungry.

Once populating the Galapagos Islands by the hundreds of thousands the number of giant tortoises plummeted in the following years. Since then a number of organizations and individuals have taken care of the wellbeing of the Galapagos giants and their efforts have been rewarded. 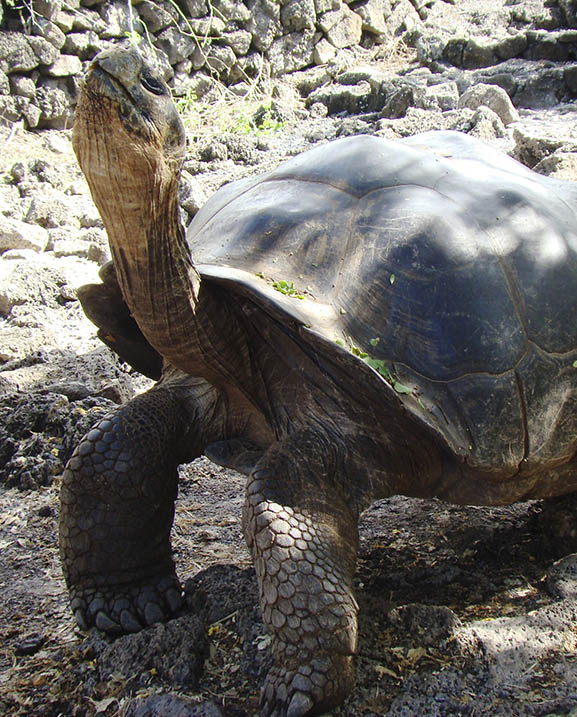 Wacho Tapia is one of the longtime protectors of the Galapagos tortoise and leader of the Giant Tortoise Restoration Initiative (GTRI) in the islands. Towards the end of 2018 Wacho and a team of experts began a three-week long expedition through the uncharted areas of eastern Santa Cruz Island, the objective, to find out the exact number of the island’s own tortoise species — the easter Santa Cruz giant tortoise.

Planning began earlier in 2018 with the collaboration of park rangers, scientists and other experts. Tapia’s bulls-eye approach saw the island parceled into search blocks that would be meticulously searched for tortoises — without disturbing their habitat.

The enterprise proved more challenging and breathtaking than imagined. Hiking through unexplored eastern Santa Cruz at a steady pace for 12 hours a day tested the endurance and resolve of the team. Through the rocky volcanic lowlands, so dry and rough that not even tortoises can walk on them, a scene of volcanic splendor revealed itself to the team. While at the lush highlands the moistness of the garúa lingered in the early morning air.

Coffee and sleep deprived the team covered a total search area of 80 square kilometers. Waking up before the sun rose and hurriedly having breakfast in the dark was the daily ritual before a daylong search of tortoises began. As all hard work is duly rewarded Tapia’s team was satisfied to find not just adult tortoises but juveniles who surprisingly comprised about 50% of the tortoises encountered — an excellent sign of a growing population.

By the end of the expedition the results of the tortoise census were beyond promising. Without a shred of doubt the team estimated the total population of the eastern Santa Cruz tortoise to be 564 individuals. This critically endangered tortoise species was, to the delight of all, doing excellently well. The eastern Santa Cruz tortoise proved to be yet another example of what formidable fighters are all the creatures of the Galapagos Islands.

History reveals two chapters of the life of the Galapagos giant tortoises, and a mere two centuries separate their extermination from their preservation and resolute protection. Such a fast change in their history reveals something very important about our nature — be it a ranger, tourist, or passer-by as all having the intrinsic potential to give rather than take life.

If you want to see Galapagos Giant Tortoises, check out these itineraries: 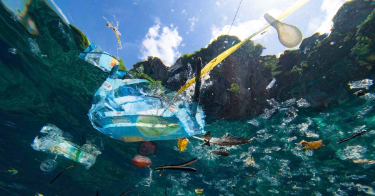