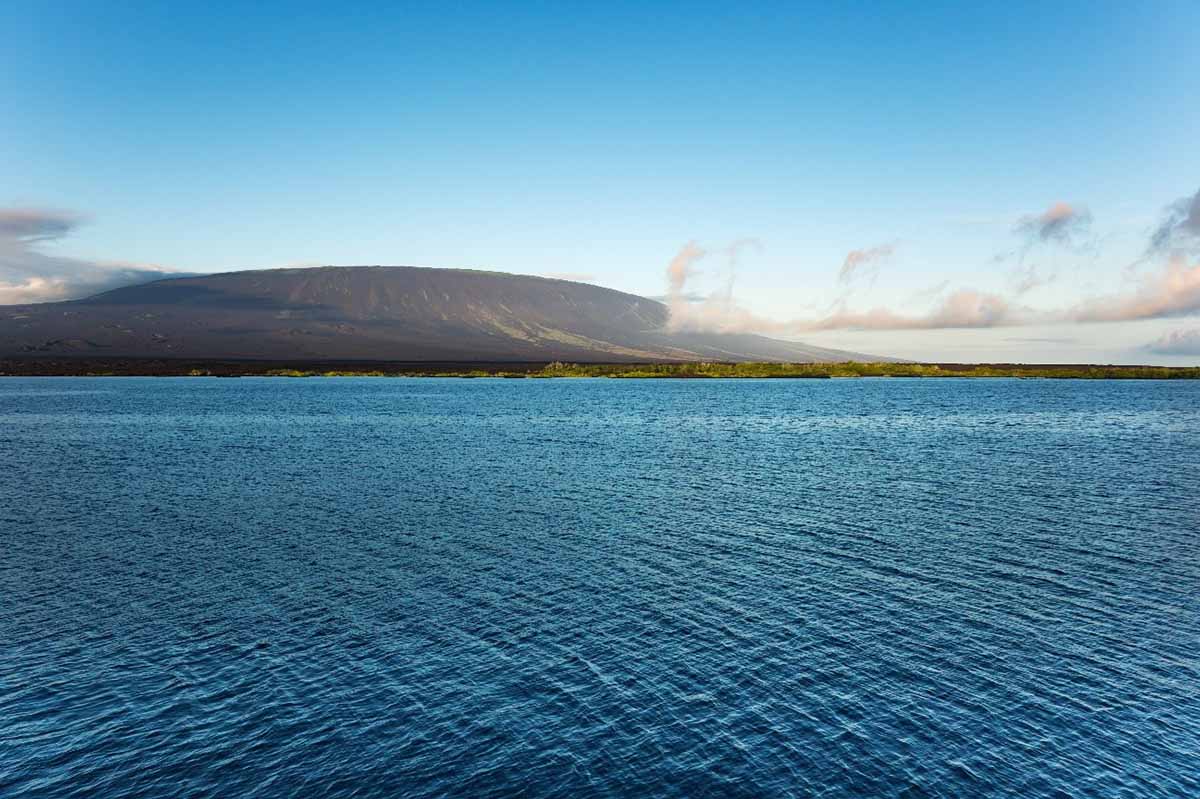 Although it is believed that the Fernandina giant tortoise has been extinct for over a century, this very rare species of giant tortoise remains alive.

The very fact that the tortoises original habitat, Fernandina island is so remote and barren, almost made science give up on finding any subspecies of tortoise on this island. Fernandina's landscape is very different from the other islands, due to its recent volcanic activity there is little vegetation. Fernandina is home to one of the largest marine iguana populations as well as Flightless Cormorants, Galapagos Hawks, embryonic lava lizards, amongst other endemic species and soon could be home to the recently rediscovered Giant Fernandina Galapagos tortoise.

There are several expedition style cruises that take visitors to Fernandina island on western islands itineraries:

Scientists believed that the chelonoidis Phantomus had been extinct for more than 100 years. This species is also known as the "fantastic giant tortoise" and is found on the Galapagos Fernandina Island.

1906 was the year that the only known specimen of this species was found.

Princeton researchers found a single female tortoise, which suggested that the species could still exist in 2019. This rediscovery offers new hope for the survival of this species.

They finally proved last week that the two specimens were related.

Fernanda is the legendary giant tortoise.

There are 14 species of giant Galapagos tortoise. They all descend from one ancestor and are all listed on IUCN Red List as vulnerable, endangered, critically endangered, or extinct.

Fernandina Island researchers discovered Fernanda in 2019, a single female who settled on an isolated patch of vegetation. Fernandina Galapagos Tortoises are herbivores and primarily feed on grasses and cactus pads.

The team confirmed the identity of Fernanda and the specimen of the "fantastic giant tortoise" specimen from 1906 by comparing Fernanda’s DNA with the other.

Stephen Gaughran from Princeton University, who is responsible for sequencing the genome, said, "Like many people,"

"We discovered that Fernanda was very much like the one they found on the island over 100 years ago. Both of them were quite different from the tortoises that are found on other islands."

According to researchers, Fernanda is approximately 50 years old.

Adalgisa, who assisted with the research, said that researchers now have "hope".

She said, "The discovery of one living specimen gives hope and opens up new questions as many mysteries still remain."

"Are there any more tortoises living on Fernandina? If so, can they be kept in captivity and used to establish a breeding program?" Caccone questions how tortoises colonized Fernandina and their evolutionary relationship with the giant Galapagos tortoises.

The amazing giant tortoise is still in danger. Researchers have found tracks and scats of other tortoises on Fernandina Island.

Fernanda is currently at the Galapagos National Park Tortoise Centre. Experts are trying to preserve her species. This highlights the importance of continued conservation efforts to protect this magnificent animal.

Peter Grant, Princeton Professor of Zoology and Galapagos Expert, stated that "this information is important to conservation."

"It motivates biologists to look harder for the last few individuals in a population, to bring them back from extinction."

How did the animals arrive to Galapagos?

Diego the tortoise of Galapagos has over 100 offspring