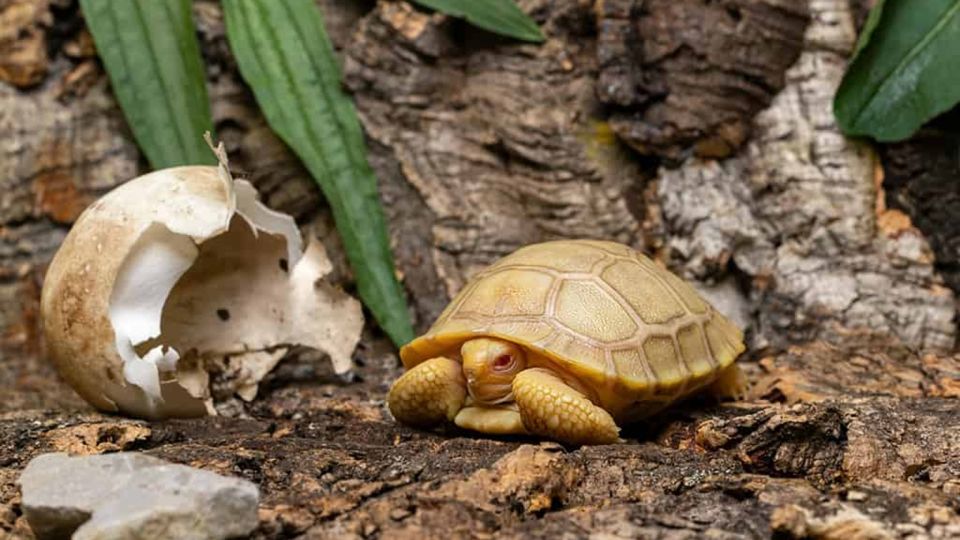 A Newborn Galapagos tortoise, this one is Albino and has a Swiss Passport

By andre robles
The Galapagos Tortoise is the largest of all existing tortoises and can weigh up to 400 pounds. They are easily distinguished by their shell, which is saddle-shaped with a ridge that runs from the front to the back. The males have larger shells than the females and their necks are also longer.
They drink large quantities of water, which they store in their bodies to help them survive during periods of drought in the Galapagos archipelago.

One giant tortoise, born in Switzerland, is not like its peers. It is a rare albino.

He is the offspring of two normal-colored parents and is thought to have inherited his rare white coloration from a great-great-grandparent. 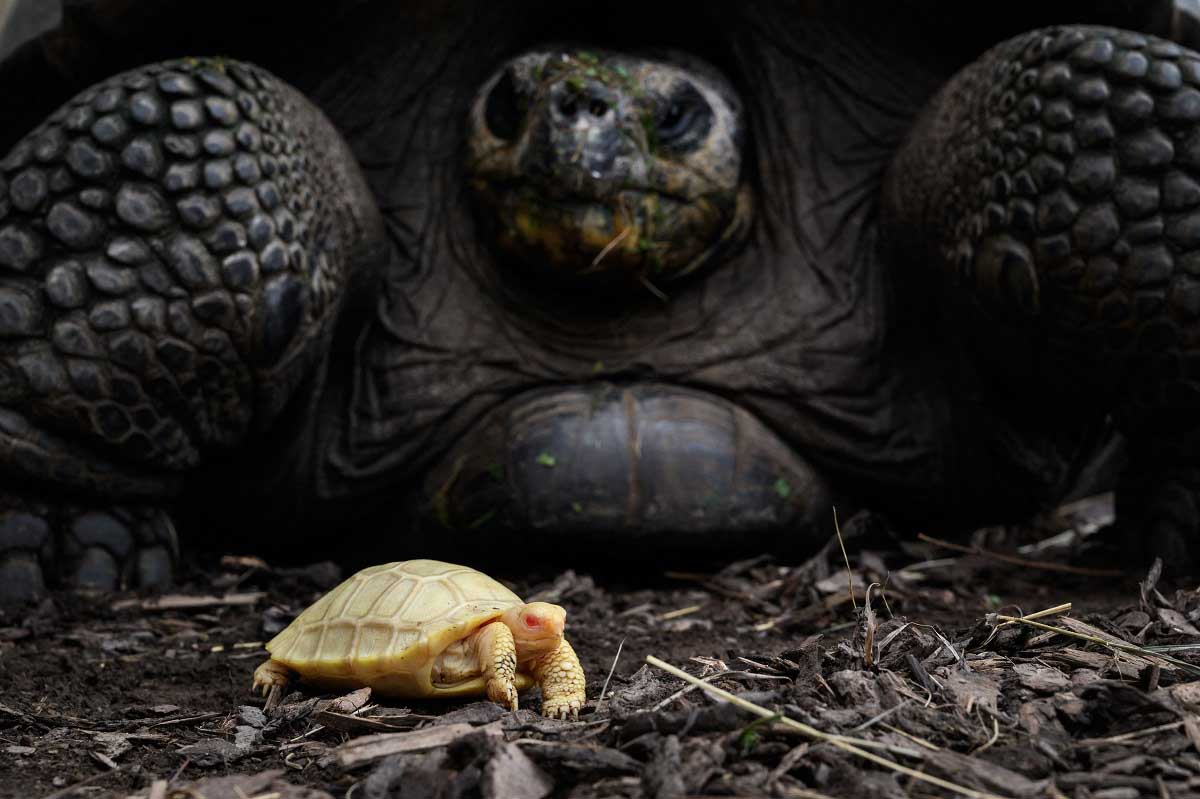 Albinism is a condition caused by a genetic mutation that results in the absence of pigment in the skin, hair, and eyes.

While it is relatively common in some animals, such as snakes and fish, it is extremely rare in tortoises. It has not been seen in Galapagos giant tortoises wild.

Voyagers Travel offers several tour itineraries that include the tortoise sanctuary in the highlands of Santa Cruz island and the Charles Darwin station where you can encounter Galapagos giant tortoises in their natural habitat:

The little one, who is yet to be named, was born in may at the Zurich Zoo, with red eyes, was born at the Tropiquarium des Servion Zoo. It is now open to the public. The Zoo suggested that the tortoise be a national mascot with its white and red color scheme, which matches the Swiss flag.

The albino is just one of two babies. The other one is also black, just like its parents.

A conservation program includes the baby and its family. There are twelve subspecies that range from critically endangered to vulnerable on the IUCN Red List. This is a list of threatened species and their conservation status.