Quito, August 4, (EFE) - Ecuador's Galapagos National Park directorate (DPNG), announced Wednesday that the first season of sea cucumber fishing in the waters off the Pacific archipelago has ended. The limit was reached by the catch.

The sea cucumber is considered a delicacy by some Asian countries. It is also part of a larger group, which includes the starfish or the sea urchin.

The DPNG stated in a statement that daily catch counts "confirm that the quota of 600,000.00 individuals, established environmental authorities has been filled."

The statement stated that crews who fish at distance from ports have two days to return to their boats and have their catch checked before they can start an eight-day window for selling and exporting the sea cucumber harvest.

According to an agreement between the DPNG, fishing cooperatives, the season opened July 21. The catch limit was 600,000. However, the data must continue to show a sustained recovery from depletion that prompted the six-year-long ban.

The Ecuadorian navy and national police have assisted environmental authorities in enforcing the limit to ensure sustainability of the Galapagos sea cucumber population.

The measures included setting a minimum size limit for sea cucumber capture. Sea cucumbers can range in size from 2.5cm (less than an in) to 1.8m (more than 6 feet) and prohibiting fishing in Bolivar Strait. This is a breeding ground for many species of marine life. EFE 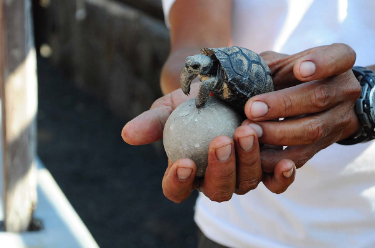