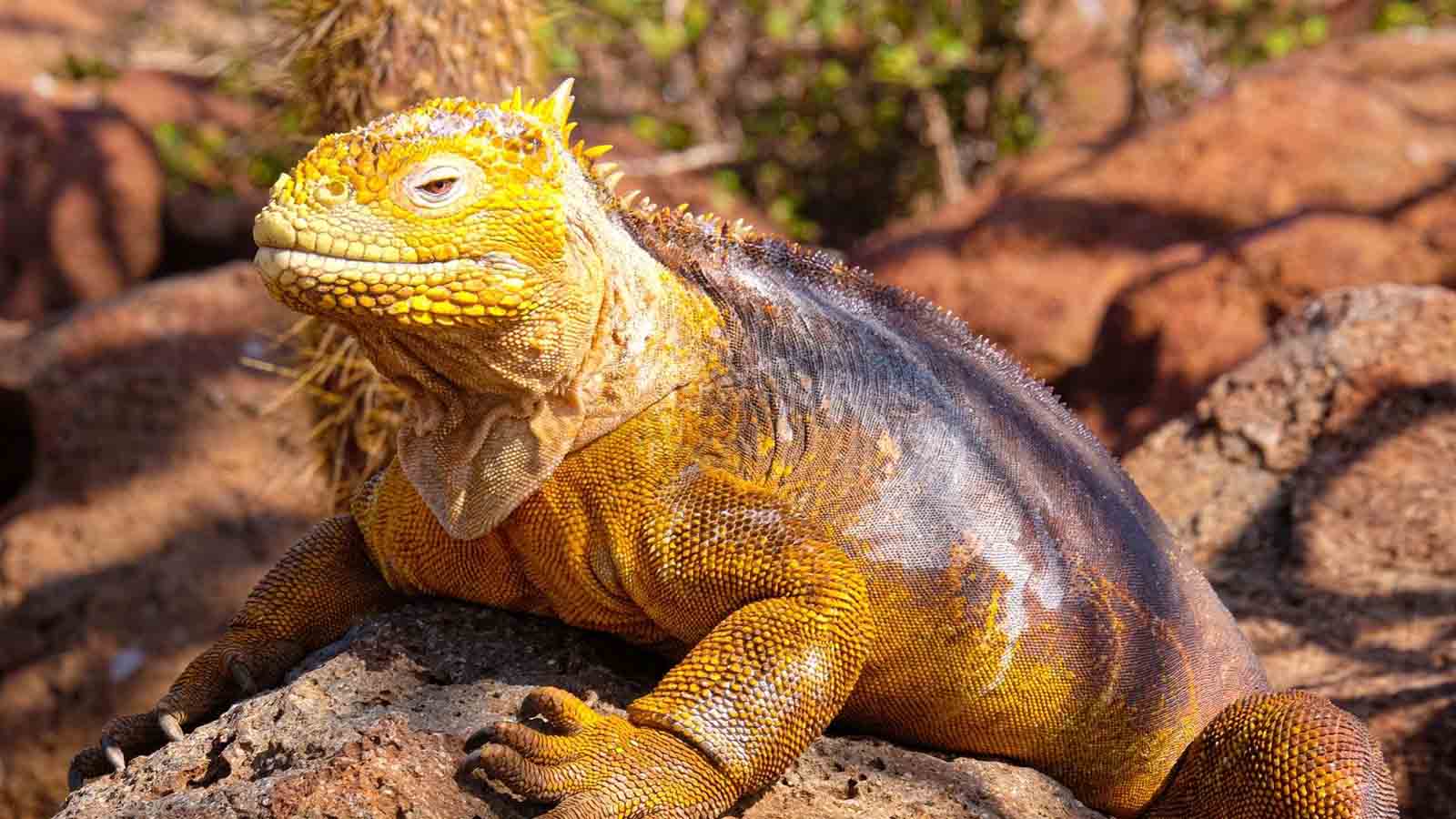 After nearly 200 years of extermination, land iguanas were reintroduced to Santiago Island in Galapagos

On Santiago Island, the Galapagos land Iguana is making its return. The species is showing signs that it can be successfully reintroduced, according to conservationists.

With the help of conservationists, a species of iguana that was nearly extinct on one of Galapagos Islands almost 200 years ago appears to be making its comeback.

Charles Darwin, in 1835 was the last person to spot a Galapagos Land Iguana on Santiago Island in Ecuador. The iguanas disappeared and were not able to be found when an expedition team from California arrived on Santiago Island in 1906 hopping to use the British scientists notes as a guide.

This type of iguana is still found on other Galapagos Islands. However, it is believed to be extinct on Santiago for the last 187 years.

A team of scientists, park rangers and biologists discovered newborn lizards in the island's late July. This suggests that the species has been successfully restored. Jorge Carrion, director for conservation at the Galapagos Conservation, said that the ecosystem is flourishing as a result.

He explained that the evidence lies in the details. The iguanas may be breeding in their natural environment by seeing lizards with different ages or unmarked specimens.

- Galapagos 4 day cruise including a visit to Santiago Island

Carrion was previously employed by the Galapagos National Park Directorate as the caretaker of the islands' ecosystems. With funding and assistance from the Conservancy, the GNPD is also responsible for the iguana reintroduction program.

He stated that the collaboration has released more land iguanas to the island than any other since January 2019.

After carefully considering the impact of a return to the species on the ecosystem, conservationists decided that the land iguana should be reintroduced. These lizards, also known as engineering species like the Galapagos giant tortoise are critical to maintaining an ecosystem's healthy balance.

Carrion explained that the Galapagos Islands' primary herbivores are the land iguanas, and tortoises, which spread seeds throughout the landscape and help to model plant communities. They also create open spaces that can be used by other animals because of their movement patterns.

Carrion stated that "this kind of species is critical for ecosystems in general." "In this instance, it was the justification to reintroduce land iguanas to return Santiago Island's natural dynamic." Many imbalances can occur in an ecosystem when engineer species are absent.

Officials monitor the iguana population. They have found and examined the new lizards for ages ranging from 0 to 59 years old. This indicates that the species is reproducing naturally. 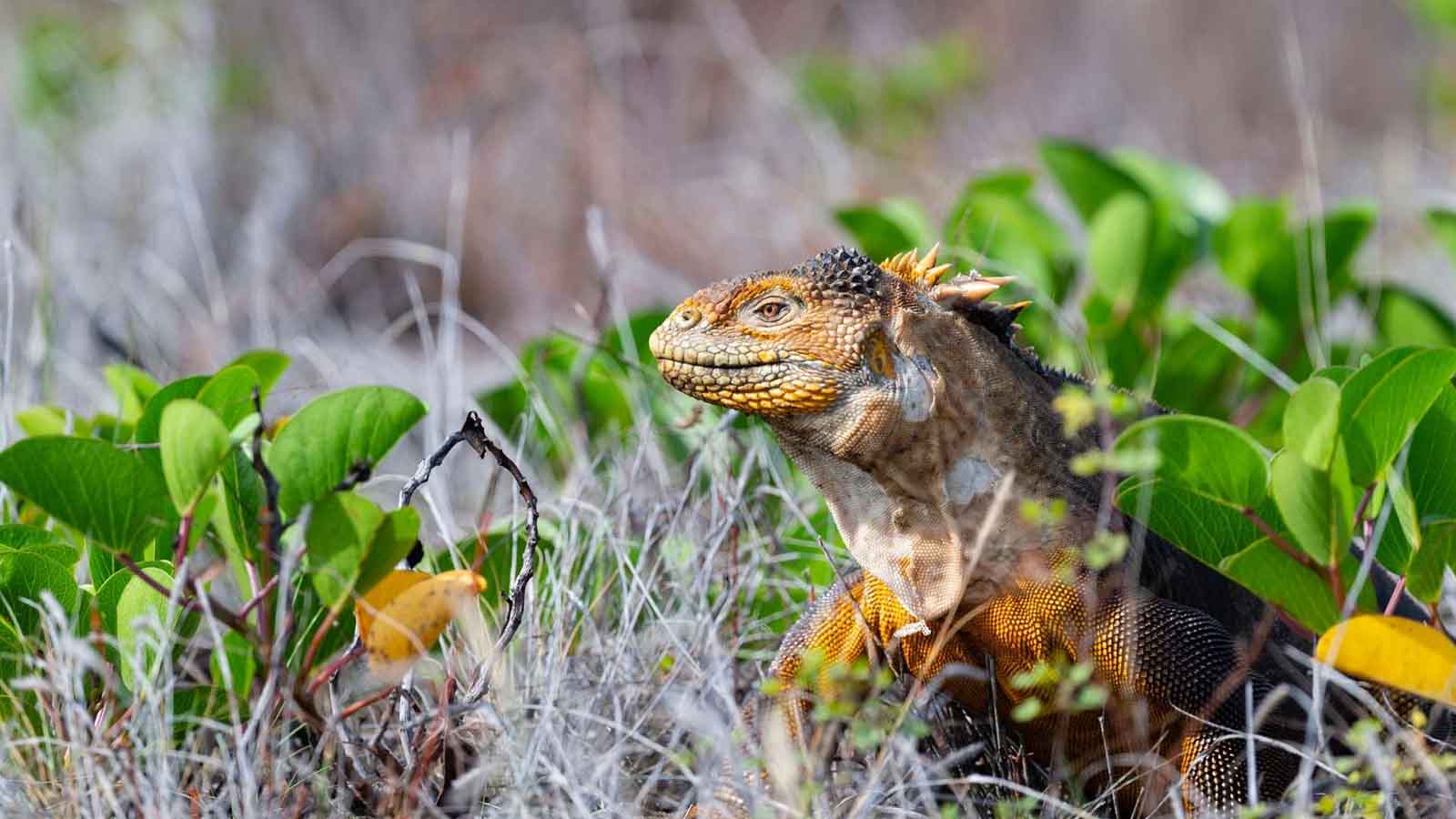 Is there a reason the iguanas have been extinct?

The invasive species that have decimated the Galapagos land Iguanas include feral pigs (cats, goats, and donkeys), it is believed. Some of these unwelcome animals were introduced to the islands by whalers and mariners, including Santiago. They caused havoc in the ecosystem by eating plants that other species depend on and even eating the iguanas.

This is why scientists had the island cleared of all non-native animals in order to reintroduce the iguanas. The Galapagos Conservancy's Project Isabela was instrumental in this nine-year process, which was completed by 2006.

Carrion stated that he and his coworkers believe that they have learned a valuable lesson from the reintroductions of the land Iguanas. The ecological disturbance, in this instance the invasive species, can be removed and the ecosystem can recover.

Galapagos Islands' ecosystems are home to some the most interesting animals and plants in the world. According to the Conservancy, Darwin's 1835 expedition that made these islands famous, it led to the theory of natural selection.